While most people would prefer their soils naked, water their plants, and still not worry how stressful it would be. More or fewer people would prefer mulch, especially expertise in gardening, not just because of the beauty it adds to the scenery but also the added advantages to the plant’s soil.

Read on to know which mulches attracts roaches so you will know if you should avoid them or not. Let's get started!

Before you dive right into knowing the tendency of mulch to attract roaches, it would be more comfortable and highly understandable if mulch is known.

Mulch is a layer of materials applied to the surface of the soil. It serves as a nutrient to the plants as well as beautifying it. 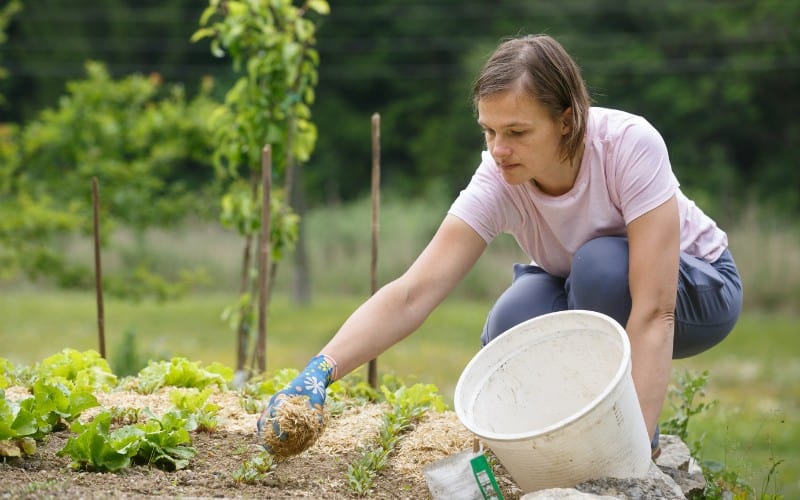 Learn also  How Late Can You Plant Sunflowers? (Expert Opinions)

While some roaches would prefer pine straw because it's lightweight and can quickly burrow themselves into the mulch, it serves as an attraction to the roaches!

The pine straw serves as a haven for roaches and considering it's warm, dark, and moist, it welcomes them wholeheartedly.

Some roaches, which are wood loving, prefer the bark; it seeks safety and sustenance from the mulch.

Both roaches would get attracted to wood mulch because they feed on decaying wood and depend on them, using the plant cellulose for energy.

Wood mulch attracts roaches because the roaches need mulch for rapid breeding and keep themselves off from being preyed on.

This might be a no-no for those who love organic things and might want to dive right into inorganic mulch. Hold on!

Are all Woods Good for Roaches?

It would be advised to stay away from wood mulch entirely, but not all woods are loving and attract roaches.

Cedar mulch or cypress mulch is beneficial for staving off roaches and other insects. Both cypress and cedar contain natural chemicals and oils like thujone that keep the insects at bay.

Bark or chip mulch is made from cedar or cypress trees, which are helpful too.

Mulch could look appealing as it has many advantages; knowing the varieties of mulch would help you understand the differences, which is better and the one that could attract roaches.

The organic is natural and consists of living materials that decompose naturally and easily; this includes straws, chopped leaves, shredded bark, and sawdust and pine needles.

Organic mulch tends to be more beneficial as it nourishes the soil; the organic mulch nurtures some good bacteria's that help fight and control plant pests.

As the name implies, it is not organic, though it might seem so good at first, after they break and cannot be recycled, it wouldn't turn out well.

This includes the black plastic sheeting, stones, and recycled mulch.

The stone mulch suffocates the weeds and provides less room to groom any. However, it retains more heat, which could be harmful to not just the weed but the innocent plants!

Why Do You Need Mulch? 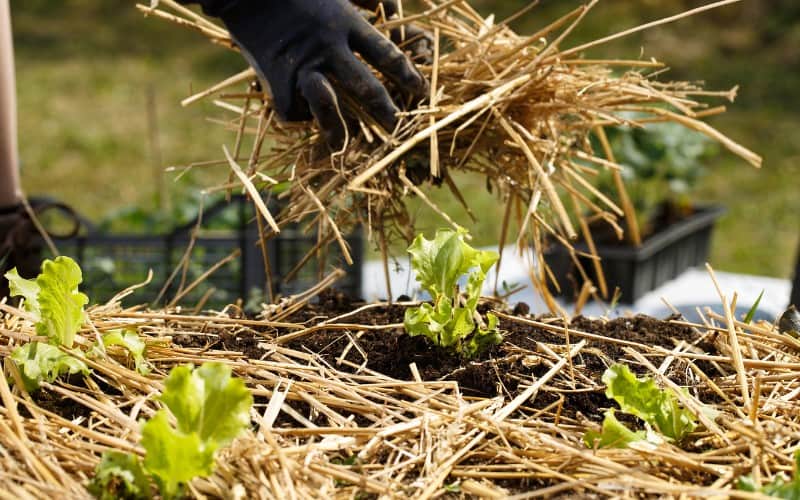 With all the information provided, you might be tempted to ask why to mulch; after all, you might as well manage the bare soil and go through the stress of watering anyway.

Does it require a lot of effort?

Requiring any effort? Yes! Everything requires a bit of a struggle here and there, after all.

Does it require a lot of effort? No! You have to do a little bit of it. Excess mulching might incur stress on yourself and your innocent plants.

>>Read more about mulching and it's advantages!

How to Get and Keep Mulch

When getting a mulch, it is advisable to get thick for about 3 to 4 inches thick. You wouldn't want to make it thicker as it would be difficult for water to pass, which attracts roaches!

Read Also: Must You Remove Grass Before Mulching?

Mulch improves the plants' strength and health, and protects them, shoving the weeds as it impedes their growth.

Although roaches are attracted to some of these mulch, feed, and live in the mulch, you could never go wrong with the right mulch.

Have a good time, mulching!