Mulch could be highly nutritional to plants, help the garden appear fascinating once kept clean, suppresses weeds, and retains moisture. Mulch prevents soil erosion, save the watering process, making it easier for gardeners to limit the amount of water and time spent watering the plants.

Nevertheless, organic mulches would attract insects, especially wood mulch since it contains cellulose which tends to be appealing to these insects. These uninvited guests would crawl to your mulch not only feast on the wood, but also live in them!

But does mulch attract spiders? Yes, mulch does attract spiders; however, some mulches contain repelling chemicals such as thujone and resins that keep the insects like spiders, roaches, bugs, termites at bay.

It would be pivotal to note that spiders are not insects, they are arachnids that is, any animal that has eight legs, and they have fangs and can basically inject venom once it bites.

Spiders hung agricultural pests like aphids, moths, and beetles, and this act aids property owners to limit the use of chemical pesticides.

Excitingly, spiders are less threatening to plants because they prey on other insects like roaches, earwigs, mosquitoes, caterpillars, and flies.

Spiders’ metabolism differs from insects, and so, its tendency to feed on natural ingredients could be lean, which has virtually made insects its food.

Having spiders around could seem important since it helps limit the use of pesticides as spiders feed on the insects that feed on your plants and retard their growth!

However, having myriads of spiders seems unhealthy. All mulches might seem beneficial to all plants, but most of them seem to wear off easily, causing them to be replaced more often. Mulches are moist, and this is an important factor for insects to thrive in.

No insects enjoy the harsh weather and mulch provides good shelter and hiding place for them all including the said spider.

Mulch contains the necessary properties that attract insects. Spiders are attracted to wood dust, and usually, the wood dust attracts other insects that the spiders prey on.

Most of the insects and animal/arachnids like spiders need moisture, so they do not dry out, and their bodies stay moisturized in the mulch.

Types of Mulches That Attract Spiders 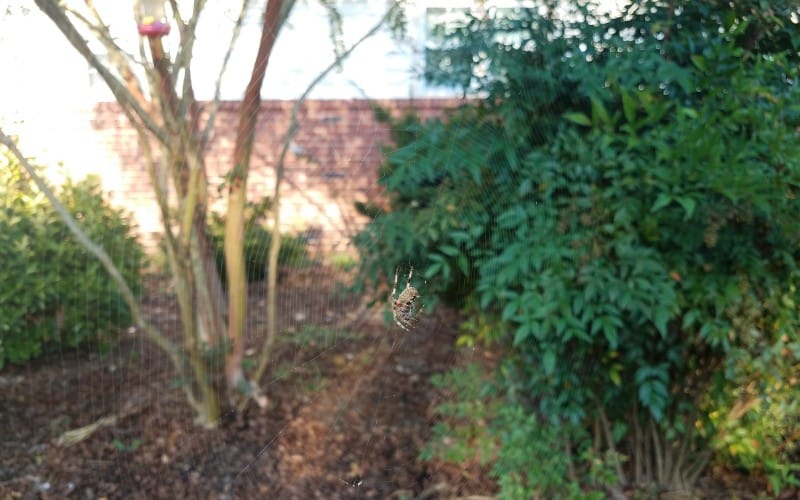 It is necessary to note the mulch that invites spiders in your mulch and around your home and here is a list of them:

Using a particular mulch might not work this time, the cedar mulch which repels other insects doesn’t scare the spiders. Nonetheless, cedar blocks and chips sprinkled on your mulch and around your home would scare and might automatically get rid of spiders and other insects.

Having known this, you could actually do some more to make sure you have nothing to worry about if you are not satisfied with getting cedar blocks and chips alone.

How To Keep the Spiders Off Mulch

Hopefully, this has answered the question of whether mulch attracts spiders.

However, having spiders on mulches is not entirely the worst idea, but if you detest their sight use the right mulch and other procedures to keep them at bay. Let’s mulch it!