The Ficus tree is a trendy indoor plant in several homes. But despite its exciting features, including beautiful and easy maintenance, this plant can be frustrating, as it tends to drop leaves without cause. It has led many of its owners to ask, ‘why is the ficus tree dropping leaves?’

Many reasons will explain why the ficus tree loses its leaves, but once you know these reasons, you will hardly fathom why the leaves are falling off.

The Ficus tree naturally drops about 20% of its leaves anytime the season changes. It could also be due to watering inadequacy, insufficient light, wind, cold draft exposure, etc.

In this article, we will look at why the ficus tree might be dropping its leaves and how to fix the problem!

What Is Ficus Tree?

Native to Australia and Asia, the ficus tree is one of the most popular plants you can use to beautify your home or office, despite the fact that it tends to cause its owners frustration through their dropping of leaves. Technically called Ficus Benjamina, the ficus tree comes from the Moraceae family. 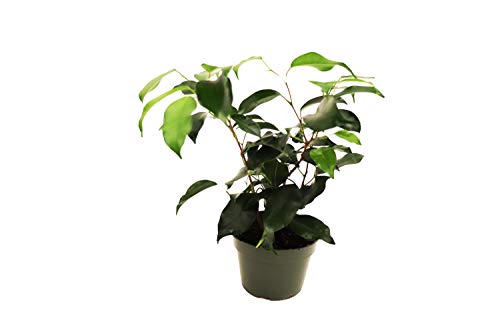 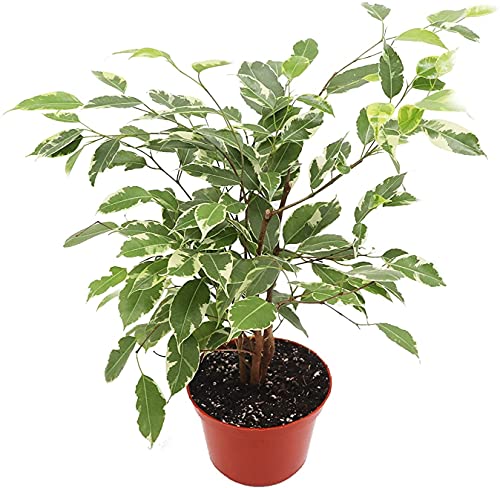 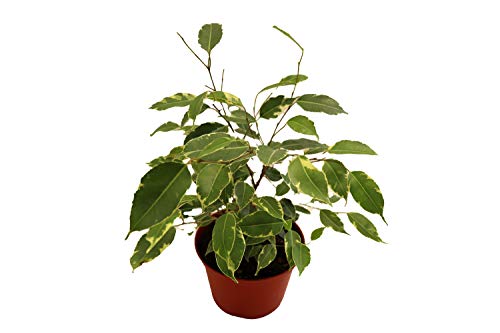 It is widely considered the official tree of Bangkok and is presently neutralized in the USA, the West Indies, and Taiwan. The ficus tree has a smooth light gray bark alongside oval-shaped leaves and can reach over 98 feet tall.

This plant is easy to grow and maintain, but the issue with the plant has always been its constant dropping of leaves, which is a reoccurring frustration for its owners. But why is it so, and how can one remedy this phenomenon? We will find out later in this post.

While it is natural for a ficus tree to lose some leaves, not every leaf drop is natural. But whenever a ficus tree loses its leaves naturally, it will not destroy it; rather, the plant will regrow because it is only a few leaves that tend to drop (about 20%).

However, if your ficus tree loses more than a few leaves, it could be a sign of underwatering, overwatering, insufficient light, change in season, fertilization, pests, and fungal issues. We’d be highlighting these common causes while proffering possible solutions or control to remedy them.

It is always tricky to figure out an accurate watering schedule for growing ficus trees indoors, and it is among the most common reason several owners see their plants drop leaves. Just as little water can result in the dropping of leaves, so can excess watering.

Underwatering is one of the most common reasons a ficus tree drops leaves. They are fussy plants that hate to dwell in soggy conditions but rather like to be in a well-drained growing medium when you grow them in pots.

However, there exists a fine line between allowing them to become dry enough between watering and becoming too dry.

When you are underwater, your ficus tree dropping leaves has something to do with its evolution. It could be that it is preparing for the dry seasons in its native environment to reduce foliage needing moisture to stay healthy.

Failure to get enough water indoors, they respond to a dry season by dropping leaves in preparation to face it.

Environmental change is one of the most significant reasons ficus trees drop more leaves than usual.

This change could range from moving the plant inside, from outdoors, at the end of summer or fall, or the reverse (taking it outdoors during the spring or summer, after wintering inside). The plant will also drop leaves with seasonal changes, which is nothing to worry about.

In the same way underwatering is disastrous to ficus trees, so is overwatering. In other words, excessive watering of the ficus tree will significantly drop its leaves, especially in the winter. Not only will overwatering cause a drop of leaves, but it can also result in root rot.

Furthermore, overwatering can soak up the soil and cause oxygen-depleted soils that will invite the growth and multiplication of Pythium, Phytophthora, Rhizoctonia, or Fusarium fungi.

These diseases will spread deep into the roots and infect the plants. Healthy roots start turning brown and mushy as they perish, unable to take in the nutrients they require for growth.

The issue with root rot is that it often goes unnoticed as it happens underneath the soil surface and is out of sight. Root rot starts by showing signs on the root first before turning brown and mushy. And the more it rumbles on, the more its leaves wilt, become yellow, droop, and then get mushy.

Learn also  Why is My Succulent Turning Red? (What TO DO)

Immediately the signs become visible in the leaves, the problem might be past the rectifying stage and endangers the whole plant. In severe cases, when conditions are perfect, such as in pots that lack drainage holes, root rot can destroy the entire plant for ten days.

The natural transition from one season to another will also result in the dropping of ficus leaves because it is when it adjusts to variances in sunlight, temperature, and relative humidity. These conditions are lesser indoors than outside but still enough for the plant to acclimatize.

Ficus tree leaves loss will become more severe when homes transition from fall to winter. Day lengths continue to reduce, temperatures keep dropping in response, and the relative humidity levels rise with the arrival of the winter season.

Ficus tree is native to tropical areas; therefore, they will do best in full sun spots and need high amounts of sun exposure, especially when you grow them indoors. Minimal lighting when the days become shorter will cause leaf loss, just as limited lighting indoors.

Learn also  How to Save a Dying Cherry Tree

While some indoor plants are sensitive to drafts resulting from leaky homes, others are not. Ficus trees belong to the former, as they can be affected by drafts coming from leaky windows or register vents blowing heat during the winter and cool air during the summer.

There’s no denying that if ficus trees start experiencing issues with pests, it would cause their leaves to drop as a stress response to the infestation; the same applies to diseases and fungal issues. Scale, mealybugs, and spider mites are the three most common insect pests that can trouble your plants and will increase if you turn your heating system on as temperatures drop in the fall.

Do not panic anytime you notice a drop in leaves in the ficus tree. Dropping leaves never means the plant will die. You need to meet its needs and give it a good time to adjust to a new environment, and it will experience new growth.

Also, endeavor to provide it with bright, indirect light, temperature drop below 60 degrees, and keep it away from wind and cold drafts.