Flowers are an essential part of the ecosystem. They feed birds, insects, and humans. They also aid in medicine for both animals and humans. Flowers also help in the reproduction process by attracting pollinators.

Scientists have estimated the number of flowering plants to be around 369000. This amount makes choosing the type of flowers to grow in your garden very tedious.

How do you select a couple of flowers from flowers of every letter in the alphabet? In this article, we compiled the best flowers that start with Y. The letter Y is a great place to start the hunt for the perfect flower.

Flowers That Start With Y

Usually grown as decorative ground cover, the Lamium galeobdolon is common in Europe. It is popularly known as the Yellow archangel.

Caution must be taken as this flower can be invasive. It is large-leaved, and the flowers grow on terminal spikes. The Yellow Archangel is an excellent choice for ground covers. 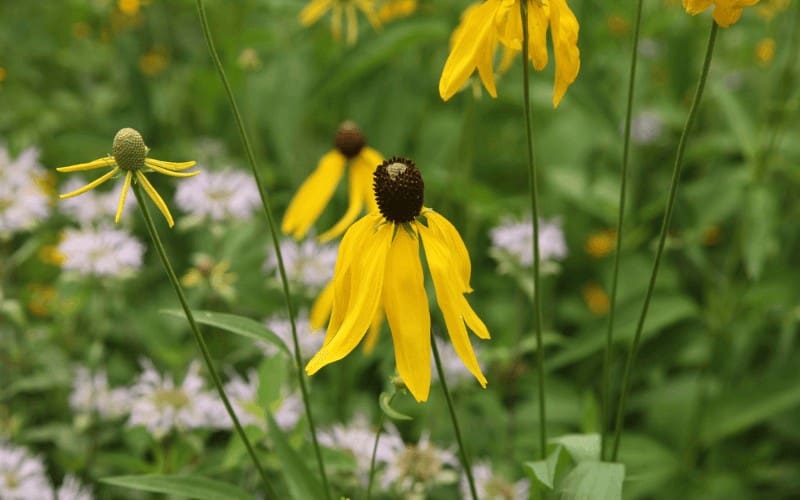 The echinacea paradoxa is commonly known as yellow coneflower. It is a North American flower belonging to the sunflower family. It can produce several flower heads, each with yellow, white, or pink disk florets.

Yellow coneflower is the only flower in the Echinacea species to have yellow flowers instead of purple flowers. When planted in mass, it is daisy-like and can be attractive to birds, butterflies, and even humans. 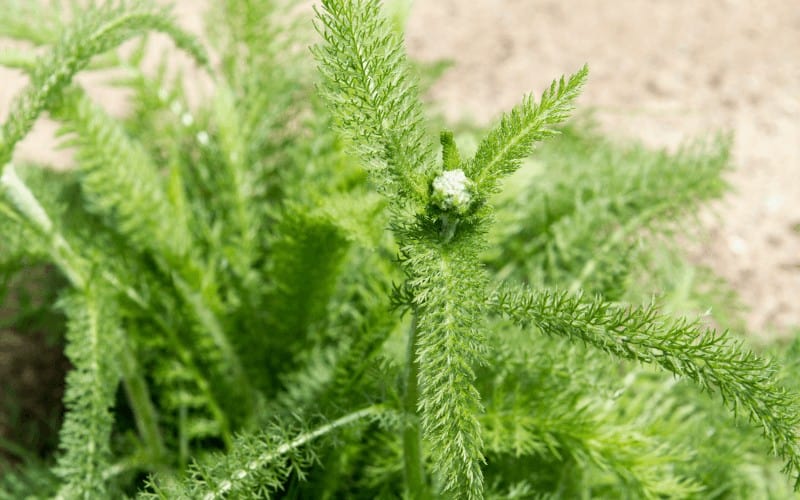 The Achillea millefolium is a flower also known as Yarrow. This flower is often considered a weed despite its medicinal properties. In places like New Mexico and Southern Colorado, it is called Plumajillo, which is Spanish for Little feather.

It can be used for salads and soup and was a very popular plant in the 17th century. The yarrow flower can survive in a drought and is usually found in dry areas. 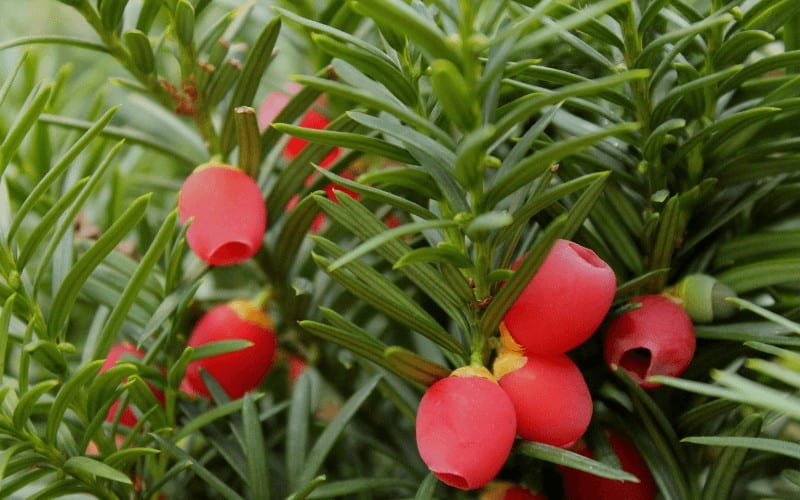 Yew is a species of the evergreen tree. It is one of the oldest native species in Europe.

Despite being famous for symbolizing death and doom, the large Yew branches (Taxus baccata) provide shelter for woodland animals. It is a dioecious flower with both male and female. 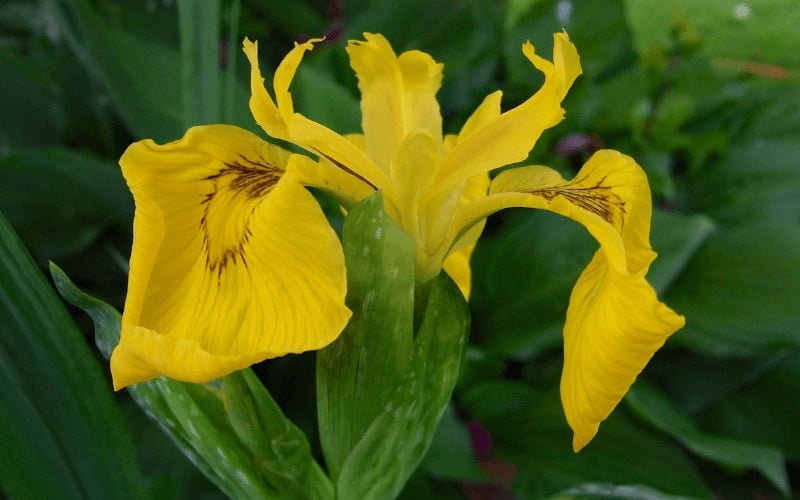 Yellow Flag (Iris pseudacorus) is a plant native to Native Europe, northwest Africa, and Western Asia. It has yellow flowers, and its seeds are pale brown.

Despite being extremely beautiful, the Yellow flag is an invasive ornamental plant. And when ingested can sicken livestock herbivores.

Yellow Flag (Iris pseudacorus) is primarily an aquatic and herbaceous flower. Its flowers are dark-yellow with purple-brownish markings. For per-day nectar production, this plant was ranked second place in a UK survey. 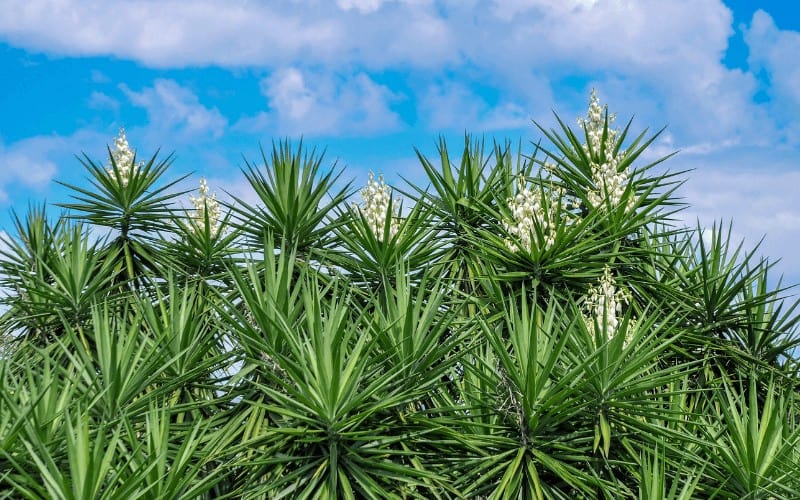 There are more than 40 species of plants in the yucca genus. Yucca plants are known for their dangling panicles of whitish flowers and their evergreen sword-shaped leaves. They are used for skin diseases and sores, bleeding, baldness and dandruff.

Yuccas are also used to help reduce high blood pressure and high cholesterol. Yuccas are perfect for arid areas of your garden.

Yuccas do not need a lot of care; however, they require plenty of moisture to grow. They also require adequate supplementary watering. 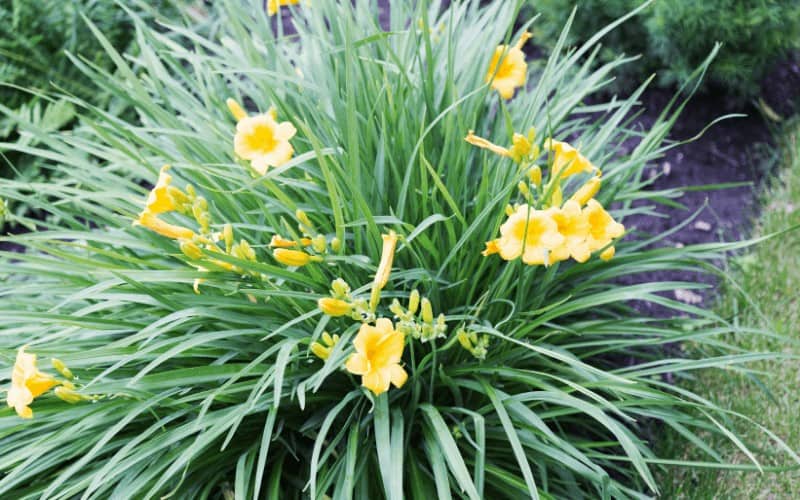 The lilioasphodelus is also known as yellow daylily, lemon lily, or lemon daylily. It is a plant native to Europe, North-East Italy and Slovenia, and China.

Even though yellow daylily is known to attract hummingbirds and butterflies, it is rabbit resistant. It is easy to grow, multiplies quickly, and is an excellent Naturaliser.

It thrives in full-sun-exposure and well-drained soils. The best time to plant Yellow daylily (Hemerocallis lilioasphodelus) is early fall and early spring. 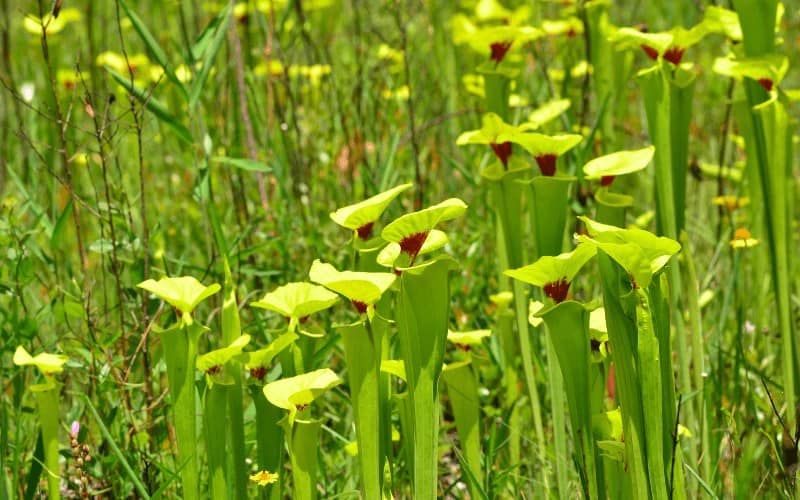 The Yellow pitcher plant (Sarracenia flava) is native to the new world. It is a carnivorous plant with 40-90cm of height and width.

This flower can grow in dense colonies. Its flowers are long, thin, and yellow. It has trumpet-shaped leaves that trap insects and slowly consume them.

This flower that starts with y is best grown in moist soil. The soil must never be allowed to dry out.

This plant is propagated by seeds; however, the flowers do not bloom for the first 4-5 years. After it starts to bloom, you will realize that the beauty it showcases was worth the wait. 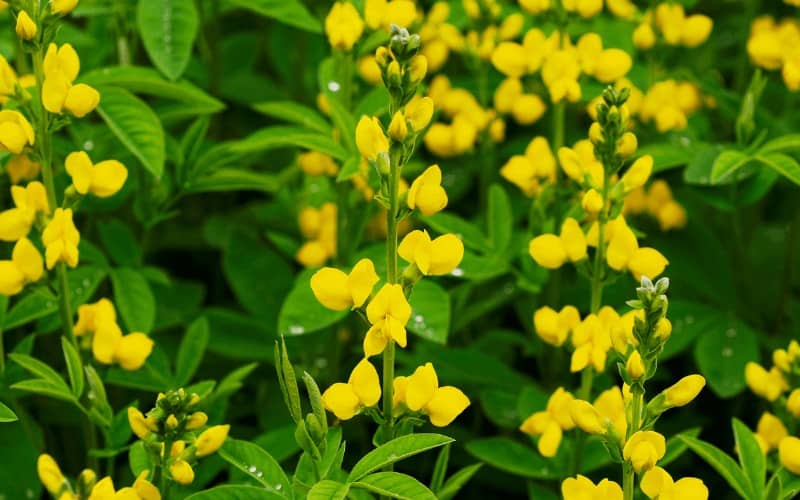 The Yellow wild indigo (Baptisia sphaerocarpa) has exuberant and beautiful yellow flowers. The height of this plant varies from 2 to 4 feet.

It has bluish-green leaves that divide into three leaflets. The Yellow wild indigo (Baptisia sphaerocarpa) is toxic to herbivorous livestock. 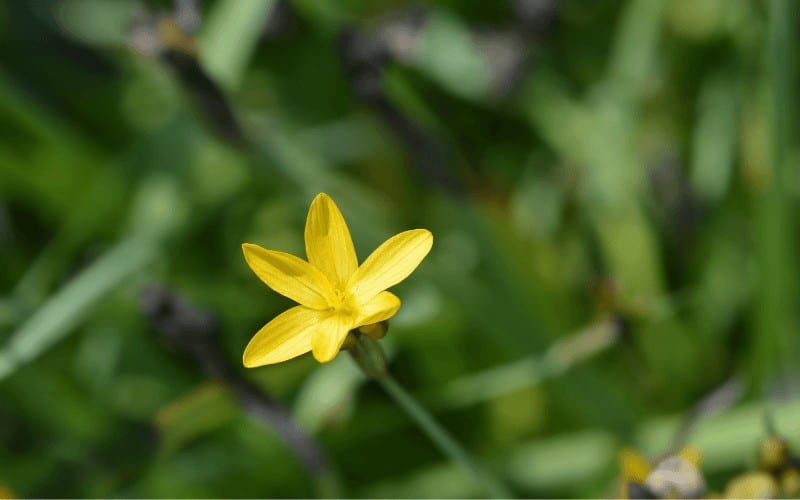 This plant is usually found on shores of lakes, ponds, streams, and around bogs and fens. Its flowers have six yellow-like tepals.

The Sisyrinchium californicum flowers last for just a day but produce in large quantities. It functions better under full-sunlight exposure and requires regular water to grow.

Conclusion | Names Of Flowers That Begin With Letter Y

From the flowers that start with Y listed above, you can deduce that most of them a yellow-like. They also mostly have petal flowers that are not more than 4cm.

This post should serve as a great lift to find the most beautiful flowers for your home or gardens. These flowers are best-fitted for persons who are looking for bright summer flowers.