We independently research and recommend the best products here. This article contains affiliate links. If you make a purchase after clicking on a link, we may earn a little commission at no extra cost to you.

In today’s world, chainsaws are very essential tools in chopping down trees or anything that’s perceived to be too heavy duty for regular saws or ax.

As much as that’s quite convenient to believe, it deviates far off the charts from why chainsaws were initially invented. So much of it is associated with heavy-duty cutting that if you hear the word, “chainsaw” the image of a petrol-powered machine revving up to 90cc comes to mind.

But like I already acknowledged, that wasn’t why chainsaws were made. But why were chainsaws invented?

Chainsaws were made to initially help soon-to-be mothers who had problems delivering on their own. If a woman was giving birth and the baby was too big or stuck, a hand-cranked chainsaw with fine cutting teeth will be used to cut through her cartilage and ligaments to bring the baby out.

While you may find that difficult to believe, given your perception about chainsaws and what they are designed for, it remains the truth. But if it puts your mind at ease, know that the earlier version of chainsaws used in childbirth was very different from what we call chainsaws today.

So, why and how did we go from using a chain saw for mild cutting of the skin to knocking down Godzilla sized tree?

Chainsaws Were Bad For its Initial Purpose

The picture below shows what the first chainsaw looked like:

While the use of chainsaws was an acceptable and useful medical alternative at the time, it wasn’t the holy grail to a successful surgical operation that medicine needed.

So, it came along with lots of disadvantages which essentially helped the motivation behind the continued search for a better and safer operation technique.

Most significantly, the use of chainsaws left some lifelong consequences in the vagina’s bones in women. And that wasn’t all! Some of the consequences also included:

Origin of Chainsaw: Why Were Chainsaws Invented?

Now, let’s answer the question “why were chainsaws invented” in detail:

I know you might have to cringe when I say that chainsaws were used during childbirth as far back as in the 1780s. And so many modifications have taken place. Today, it would be near impossible to see chainsaws for why they were created. Childbirth!

The idea for creating chainsaws came when women had lots of complications and difficulty giving birth on their own (some women still have them).

At the time, it was an incredible invention by two surgeons, John Aitken and James Jeffrey.

Since there were limited surgical machines to ease labor during childbirth, an invention that seemed as rogue as chainsaws were welcomed and widely incorporated when women got to the childbirth stage when they couldn’t deliver in their capacity.

Chainsaw was the go-to tool in a childbirth aid technique called symphysiotomy.

Symphysiotomy is a medical term for removing part of the bones or cartilage in the pelvis that partially or fully prevented a newborn baby from fitting through the pelvis.

Before the invention of a chainsaw, the procedure was done with hand and knife and without administration of anesthesia to the mother. It was often widespread to hear of a mother’s death during child labor. It was a very messy and painful procedure.

But the chainsaw was invented to make the procedure less messy, and easy especially for laboring mothers. As a result, it had an optimized design and lever structure that made it possible.

Chainsaws came into medical treatment long before many of the cesarean sections, which we now accept as a safer delivery method for mothers.

While it started at childbirth, the chainsaw soon moved into another part of the surgical operation that required bone-cutting. It was an efficient tool in cutting through bones and strong cartilage.

What Stopped the Use of Chainsaw for Childbirth?

When chainsaws were invented for use in childbirth and accepted, their use continued from the 1700s through the 1800s, and it has seen lots of modifications along the way; one of the improved modifications of the chainsaw is the Gigli saw, which is still believed to be in use till date.

The chainsaw was essentially helpful in cutting off the bone and infected limbs, so it stayed a while why experience many reviews and modifications to be efficient and usable in hospitals.

However, as you’ve probably guessed, better inventions that we’re less scary to patients took over. Not many would be comfortable seeing a doctor pull out a chainsaw. And the possible consequences of using these chainsaws weren’t always pleasant. And there had to be a better approach.

So, it was ditched for a more appropriate tool that resonates with current technology trends we’ve had in the past decades.

But, in more remote and not so developed communities, chainsaw remains in use, and it’s understandable. While the new entree of medical equipment is efficient, it costs a lot more to operate and maintain than over the century reliable chainsaw we know.

What was a chainsaw used for?

It’s shocking but true that chainsaws were designed for use during childbirth. But that’s not the case today as we’ve got a better on-hand tech-savvy approach. And there’s more. Read the content below!

When was the gas chainsaw invented?

The first gas chainsaw was invented in 1929. And there’s been more invention since these tree-falling beasts invaded the market.

Can I use a chainsaw while pregnant?

Some experts believe pregnant women should not be exposed to noise louder than 115dBA. Chainsaws are usually louder, and it’s unclear if you should keep using them or not while pregnant. So, seek professional medical advice.

How many RPMs is a chainsaw?

Most chainsaws have between 10,000 to 14,000 RPMs. And so, it’s essential to look through a suitable rpm for whatever task you have at hand.

Who invented the chainsaw?

The idea and invention of chainsaws are owed to two doctors John Aitken and James Jeffray. And the need was as a tool to help mothers ease child birthing.

The first chainsaw looked like the kitchen knife we use today with little teeth on a chain that wound in an oval.

Did Stihl invent the chainsaw? 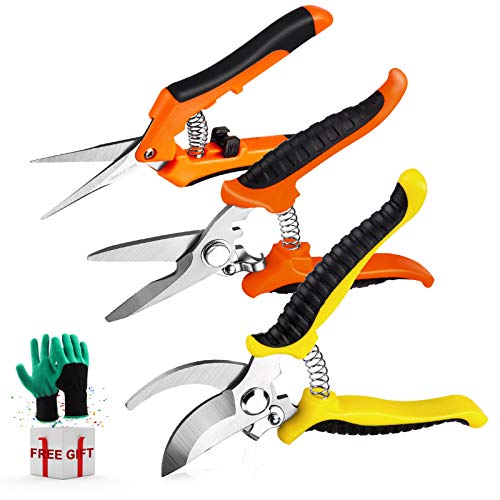