Mulches could be relatively recommended by gardening experts to keep the plants in good health and the soil moist.

However, having the wrong mulch would attract uninvited guests and retard the innocent plants' growth and strength.

Irrespective of the mulch's numerous advantages, most people would be skeptical about its tendency to attract termites. But does mulch attract termites? Yes, termites are attracted to mulch due to some reasons, which we will discuss below.

Termites are naturally attracted to wood chips and other substances with cellulose thus any mulch can provide cover and be a protective layer for termites. In as much as termites eat paper, plastic, and drywall, wood carries a lot of nutrients for its feeding.

Most of the mulch, mostly organic mulch, contains cellulose and a pest diet that the termites feed on. Termites would technically burrow holes through the surface of the soil, looking for what to provide.

It needs something cold and moist, and the wood mulch and other mulches serve the purpose. It would be highly beneficial if you choose the right mulch for your plants.

Mulching and its Advantages 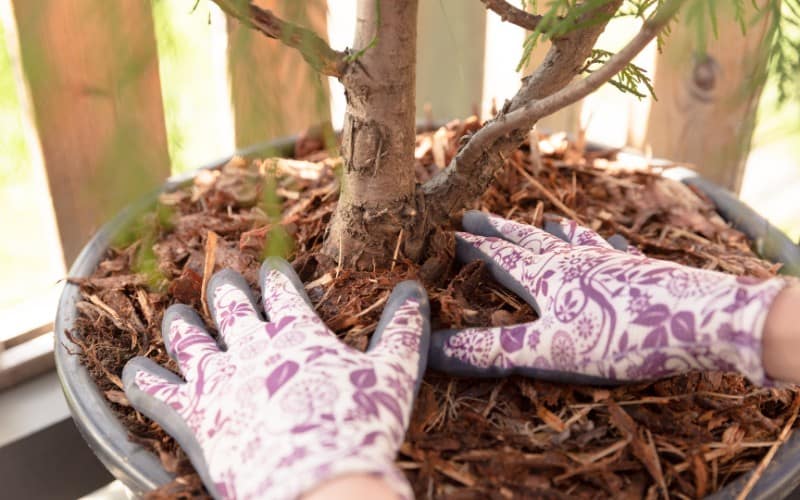 Mulch not only provides nutrients for the plants to thrive. Here are some added advantages.

Learn also  Do Strawberries Like Coffee Grounds? (Let's Find Out)

The above advantages give you unwavering reasons to mulch and make mulching even more fun and enjoyable.

However, not watering the plants could stunt your plant's growth, but mulch would save you a lot 0f the watering process when used in the right proportion.

Mulching may require some effort, its advantages nonetheless would make mulch worth the chase. You may have to go through the fuss once or maybe twice, and when mastered, it is beneficial for you and your plant.

Termites would feed on mulch if chosen wrongly and if misapplied too. Bark-based mulches are less admirable to termites; however, when the mulch is thick enough, more than 2inches, it becomes a haven for the termites.

Mulches that are not plant-based cannot decay, such as rubber mulch, gravel and rocks cannot be consumed by termites.

Some mulch is not favorable to the termites; redwood and Cypress contain resins that termites don't find attractive. Also, cedar mulch contains thujone, which repels insects.

How To Get Rid Of Termites In Your Garden 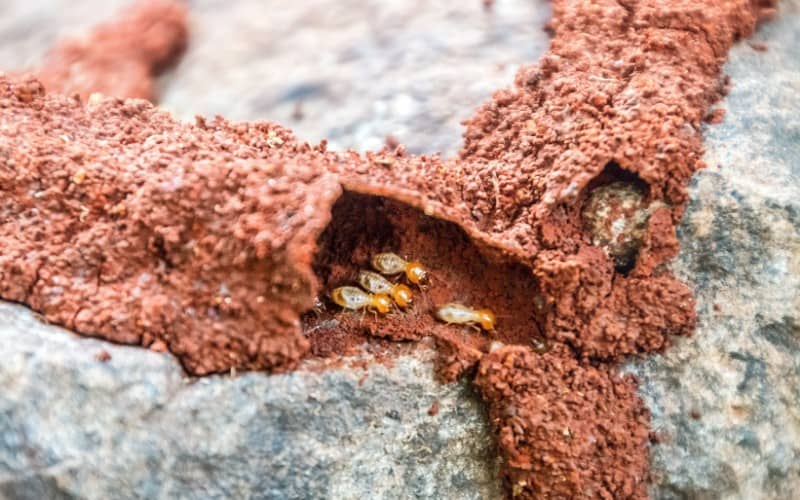 It is of great importance to take precautionary measures to ensure you do not have to fight termites in the first place.

Spraying mulch with insecticides might seem baseless since the chemical or ingredients wears off by the sun's ultraviolet rays. Also, most insecticides contain chemicals which are harmful to the soil and plants as it represses the good organisms that protect the soil and the plant.

Does mulch attract termites? I bet you already have the answer to this question. Mulches are suitable for the soil when it comes to the growth and sustenance of the plants. Termites are not attracted to mulch naturally.

However, because their natural habitat is in the soil, mulching on the soil termites are occupying would leave your plants and household in great danger.

Do your green friends good by following this guide and you won't have to find yourself wondering about the relation between mulch and termites. Happy mulching!