Also known as mushrooms, toadstools are fleshy, bear spores, and are fungi. People usually use the term toadstool to differentiate between edible and poisonous mushrooms, with toadstools being poisonous.

Toadstools always look like they grew overnight. But that is not the case. They spend days to form before showing up on the surface.

Since the toadstool is poisonous and not safe for consumption either by humans or pets, it is vital then that you rid your garden of this fungus once you sight them.

In this article, we will be giving you tips on how to get rid of toadstools easily.

Why Are There Toadstools In My Garden?

Toadstools do not need sunlight to grow. All they need is organic matter and water. If you find that there are many in your garden, then that means you have a drainage problem. It also means that the soil in your garden is rich.

Toadstools can grow on other dead plants, even the ones that are not completely buried. They feed on them and then sprout from the soil.

If someone disturbs the place where a particular toadstool is, the fungus releases some spores, and soon, you will find that other toadstools have started growing where these spores fell.

How to Get Rid Of Toadstools 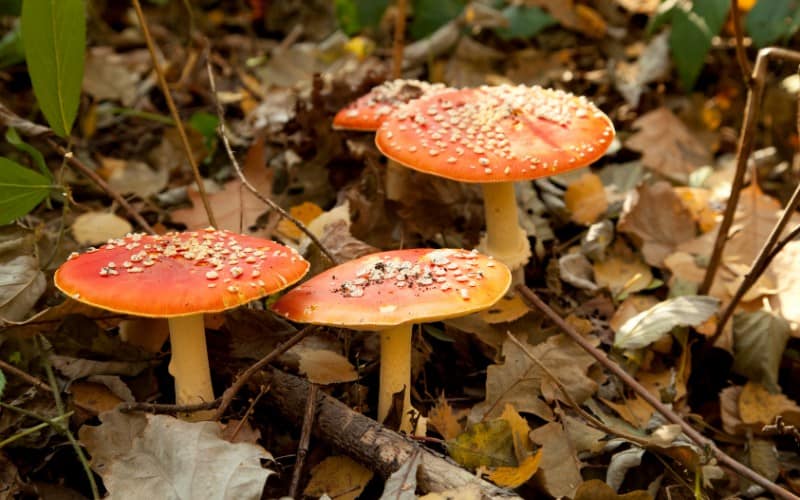 Even though some toadstools are not harmful, their presence may spoil the aesthetics of your garden, hence the need to remove them. Here are methods you can employ in ridding your garden of toadstools.

1. Dig up The Plant Toadstool Is Growing On

Toadstools are fungi that feed on dead, decaying matter, so if a plant has the fungus growing on them, it means they are dead and decaying. Identify these plants and uproot them. This is the best way to get rid of Armillaria.

2. Get Rid Of Thatches from Your Garden

If there are thatches in your garden, remove them. Fungi will grow when there is a rich source of organic nutrients and water, which are ideals for the toadstool's growth.

3. Break Up the Soil in Your Garden TO Improve Aeration and Drainage

Please make use of aerators to ease up the soil at the places where it is compact. Use the aerator to punch holes in thatch.

When you make the soil feel less compact, water and air can pass freely, and the toadstool will not have anything foothold and supply for its needs.

Get a shovel and dig out the fungi. Make sure you go deep enough because the toadstool you see above the soil is just the fruiting body. There are lines of filaments lying inside the soil that are connected to it.

If you take out only the toadstool, the filament undergrounds will make and disperse spores, and soon another toadstool will sprout.

Dig the toadstool up, seal it in a cellophane bag. Place it inside the trash can. It would be wise if you use a hand glove while uprooting the fungi.

This is because, even though toadstools won't harm your skin, it is toxic when it is ingested. For those growing on plants, you can handpick them and throw away.

5. Aerate the Soil in the Garden

Like the one popularly known as fairy ring, some fungi grow in circles or semi-circles on lush grasses. They let off spores, which form mats that cause organic matter to decay. This fungi type forms a circle, killing every plant within the circle and leaving everything outside the circle fine.

All you need do is dig out the plant and get rid of it. You can also aerate and then properly water and fertilize the garden. This will help discourage the growth of toadstools in your garden.

Types of Toadstools That You Can See In Your Garden 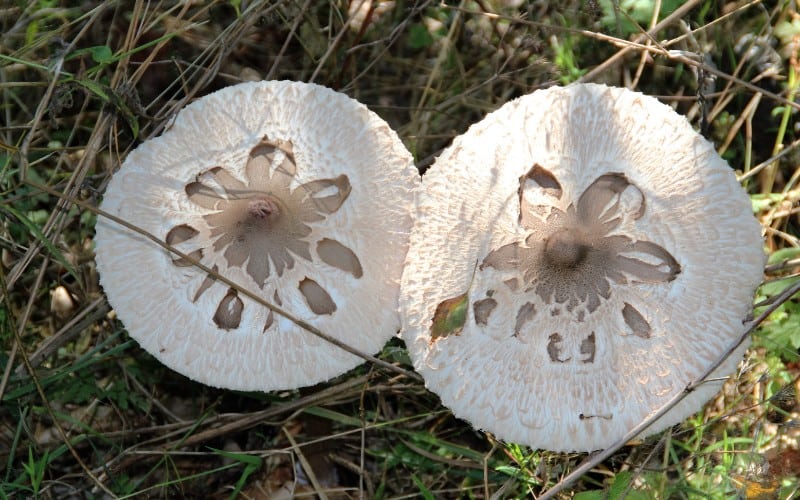 Toadstools are one of the most diverse organisms you can have in your garden. Here are some of the popular types:

The Coprinus species is also known as the inky cap. When the toadstool rots, a dark liquid that looks like ink appears on the toadstool cap, this phenomenon is why people call it an inky cap.

The mycorrhizae are the most popular on the list. It grows on roots and trees. They help in improving the plant's ability to absorb nutrients. Mycorrhizae usually find their way to gardens if their spores are sent via air from host trees to grasses.

You find this one on tree bases and stumps. They show up in the autumn and have bodies the color of honey. Armillaria has no chill. It kills the tree it grows on. What's worse? You won't know it was growing on the tree until the tree is dead or almost dead.

Stinkhorn is shaped like a finger. It has a slimy, smelly top that is attractive to bugs. And it is these bugs that spread the spores.

This one is relatively small. One inch in size. Or even less. They look like balls that are ready to rupture. The color of puffballs is cream color even though you can find dark spores inside when they are mature.

These toadstools are not harmful. They look like a bird's nest with eggs. Well, those are no eggs. They are spheres filled with spores. And the spores are used to propagate the fungi.

Any of these could be the culprit when you see toadstools growing in your garden.

Hopefully, you now know how to get rid of toadstools from your garden. Getting rid of the fungi is important to the look of your beautiful garden. When you see toadstools, do not panic. Following the steps outlined above will help you.

Most people use a fungicide to control the toadstools, but that is not effective. This is because the central filament, the heart, and engine of the toadstool lie under the soil. And the fungicide will rarely reach it from there. That is why it is necessary to dig them out.

Learn also  How to Save a Dying Rosemary Plant

The best way to rid your garden of the toadstool is to remove anything that enables its growth. Don't leave dead matter lying around your garden, and then let your soil be adequately drained. These would ensure that the toadstools do not even row in the first place.