Perlite and vermiculite have a long history of confusing gardeners based on their looks and uses. You must understand what either of the plants does to your plants and soil to know which one to use for what reason. Even though they serve similar purposes, they are not interchangeable in any manner.

Perlite and vermiculite are both inorganic materials made from natural raw materials. They both serve as potting media and improvement additives to the soil. They can improve the quality of soil, thereby promoting the quality of the by-products of the plant grown, which could be fruits, or flowers, or both.

If you want to learn more about perlite vs vermiculite, and their different but similar uses, please keep reading.

Perlite is a soil additive that is made up of highly heated volcanic glass. It looks like white Styrofoam or popcorn as some people refer to it. Perlite is obtained from the explosion of heated volcanic rocks.

Perlite granules have tiny holes on their surfaces, which help perlite to trap and retain water. This feature helps perlite to retain moisture when added to soils that are quick to dry of water.

Perlite is also lightweight, and as a result, it aids aeration when used as a potting or soil mix. It keeps organic ingredients in a soil mix from caking, as it keeps the ingredient aerated.

Learn also  How Do You Bring Dead Soil Back To Life? (5 Quick Steps)

Perlite has an average Ph value of 7.0 to 7.5. Due to the alkaline nature of perlite, it can cause fluoride burn on foliage plants that thrive in acidic conditions. 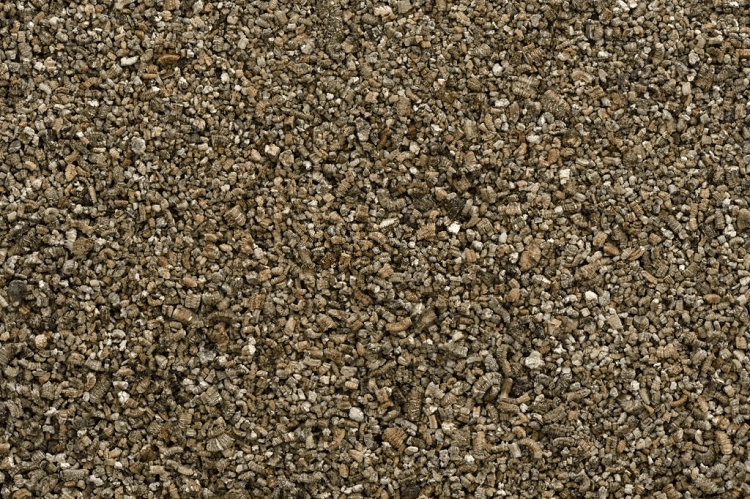 Vermiculite is a silicate of aluminum, iron, and magnesium that looks like mica or spongy material and appears in the color of dark brown to a golden brown.

Vermiculite when dry looks like flakes. For horticultural purposes, vermiculite is heated to expansion. This expansion enables vermiculite to absorb moisture when used as a potting mix. Vermiculite can hold up 3 to 4 times its volume in water but offers less aeration to plant roots than perlite.

Vermiculite is non-toxic and has been proven to be free of asbestos. Therefore, it is safe to be used for personal and commercial purposes.

Vermiculite is best used for plants that thrive in moist soil. Plants that require their soil staying moist at all times have vermiculite added to their potting soil.

Similarities Between Perlite vs Vermiculite

Differences Between Perlite and Vermiculite 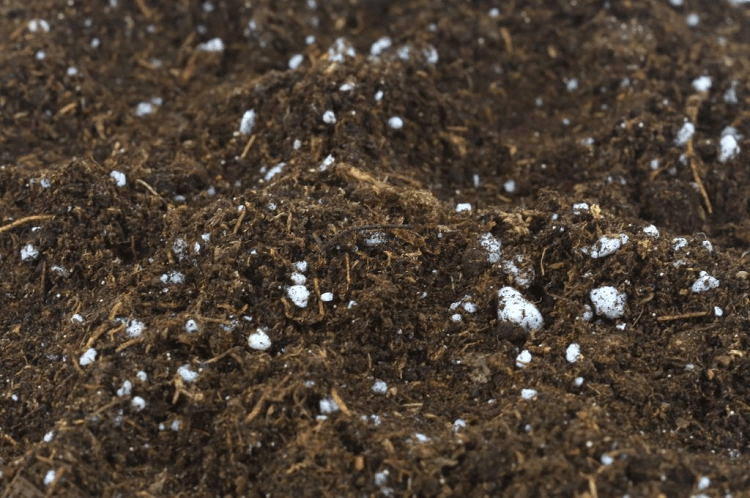 Although perlite and vermiculite serve similar purposes to different plants and soil mixes, there exist between them some differences. These differences make each of them perfect for some plant, while it becomes imperfect for other plant types.

Vermiculite, on the other hand, retains more water in its pores, and this makes it suitable for plants that love so much water. These plants are usually referred to as ‘forget-me-not’ plants. If vermiculite is used to grow plants like cacti that do not enjoy so much water, there may be root rot or even plant death.

Therefore, care should be taken when using these additives. Each of them should be used in the right soils and for the right plants. Remember, they are similar but not interchangeable.

Another difference between perlite and vermiculite is in their pH values. Perlite is alkaline in nature with a pH of about 7.0 to 7.5, and when used too much can cause a minor nutrient loss in plant and foliage burn as well.

Vermiculite, on the other hand, is slightly acidic to neutral in nature. It has a pH value of 6.5 to 7.2, and this makes it suitable for almost all plants, as most plants prefer acidic conditions.

FAQs About Vermiculite and Perlite

Are Perlite and Vermiculite The Same?

No, perlite and vermiculite are not the same. However, a lot of people confuse both additives with being the same, do not buy into that.

Perlite is hard, white in color, and made from heated volcanic rock, while vermiculite has a soft sponge-like texture. Vermiculite is a silicate material that varies between dark brown and golden brown in color.

Perlite and vermiculite also vary in pH values and levels, which is an essential factor to consider when choosing which of them to use in your soil. Perlite is alkaline in nature, while vermiculite is slightly acidic.

Read Also: What to Plant with Tomatoes to Keep Bugs Away

Can I Mix Perlite and Vermiculite Together?

Perlite and vermiculite can be mixed together in a fifty-fifty proportion for hydroponics. However, there is no need to mix both additives since they serve different purposes for different soil types and different plants. Vermiculite is best used for starting seed, while perlite offers aeration and little moisture to plants.

Learn also  What is Perlite: And How is It Beneficial In the Garden?

Can Perlite Be Reused?

Yes, perlite can be reused after it’s been used to grow plants. That is because perlite does not decompose nor hold onto nutrients. To reuse perlite, pick through it, and remove any plant segment in it.

Read Also: How to Harvest Spinach