Do you know what to do with peonies after flowering? If you don't, then we'll tell you shortly.

One fantastic thing about this perennial plant is that it is rugged. It is not surprising to see peonies growing and flowering on abandoned gardens even when unattended to.

As a matter of fact, they can live up to 100 years and may not even need your attention, as long as they are placed in well-drained soil and full sun intensity.

Peonies are not demanding, cultivation is easy, but your attention is needed after flowering. It is necessary to deadhead the old flower heads because of some reasons, which we'll tell you below.

Why Is Deadheading So Important for Peonies?

Peonies are grown for different purposes, but they are mostly grown for their exquisite. It is always lovely to see your garden get beautified each season with their beautiful flowers.

But after they have had their show for the season, you’d want to remove faded flowers (deadheading), so they can save resources for next year’s bloom.

For ponies, seeds develop after the old flowers die. It is just before this point that you need to act.

The idea is to only remove the spent blooms, without cutting away any foliage. Your plant will need these leaves to help build up better flowers for the next blooming season.

This is not only a common practice with peonies but other flowering plants. The idea is to channel the energy of the plant towards the product that seems more beneficial and agreeable than the natural events.

When you deadhead flowers, you are channeling the useful energy into further flower production rather than seed production.

Another importance of deadheading dead flowers is to prevent fungi diseases from affecting the plant.

Read Also: How to Transition from Vegetation to Flowering

What To Do With Peonies After Flowering 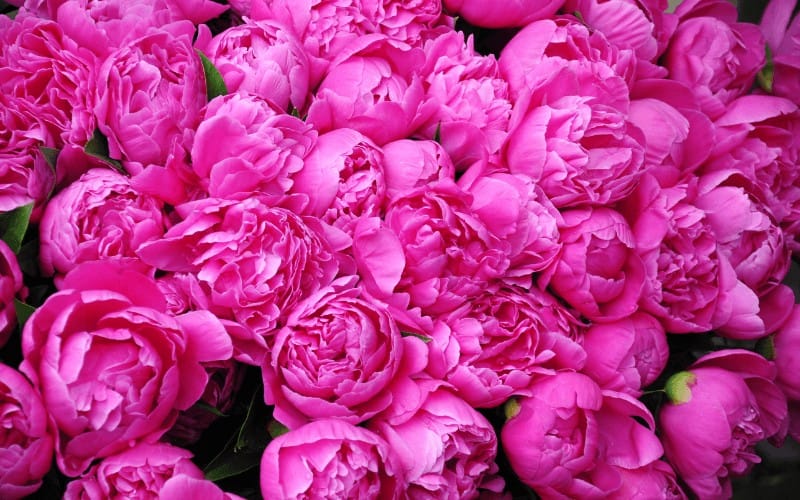 There are three things you can do to your peonies while preparing them for the next year.

Deadheading may be as easy as it sounds, but it must be done correctly, or you risk damaging your plant.

In this section, we will walk you through the process so that it can be done more professionally.

You will only need a good pruner for this.

To properly deadhead your peonies, find a faded or dead bloom. Cut through the flower’s stem with a pair of pruning shears just above the first set of full, healthy leaves.

The best time for deadheading peonies is usually when the appearance of the flower begins to decline.

Note that when deadheading peonies, the best practice is to cut to a strong leaf, so the stem doesn’t stick out of the foliage.

With these procedures, you will always have great blooms every season.

Peonies bloom between late springs through early summer. This is usually around April and through May and June. Unfortunately, they only flower for a relatively short period, approximately 7-10 days.

When feeding peonies, we recommend using a bone meal and potash rather than Nitrogen-based foods. Espoma Pound Bulb is the best on this line.

Avoid high nitrogen fertilizers like Miracle-Gro. They will only give you great foliage but not much bloom.

When you have removed dead blooms after flowering, it is evident that you will likely get astonishing flowering the next year. But while waiting for this, you should take care of your peony plants. Pruning is one way to ensure that the deadheading activity was worth the while.

Just like any other shrubs, pruning helps improve the overall health of the plant by taking off dead stems that could cause diseases and attract insects.

When pruning peonies, caution should be observed to avoid damaging the crown, which is the fleshy part of the plant between the stem and the root.

Read Also: Do Branches Grow Back After Pruning?

How Do You Prune Peonies After Flowering? 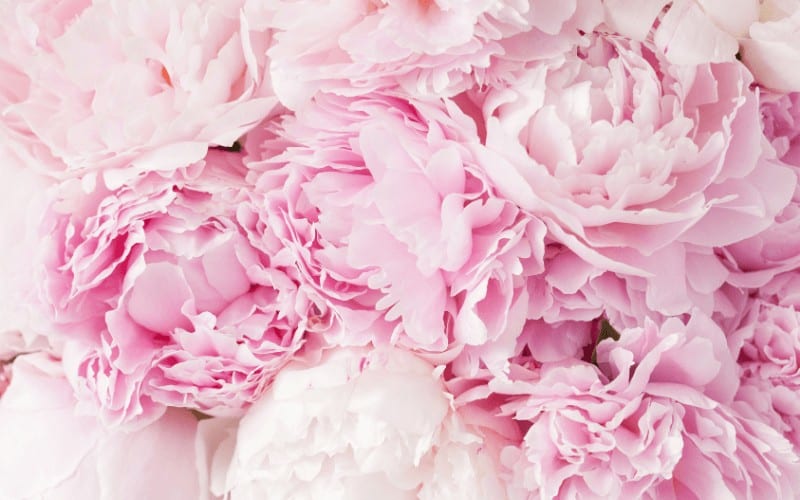 Peonies pruning is done after a heavy frost in fall. Garden peonies should be cut down to about 3 inches above the soil surface.

You should disinfect pruning tools as a precaution against spreading diseases between plants in the garden. The cost-effective way to disinfect pruners is to soak them in a solution containing one part bleach and three-part water.

Rinse in clean water after awards before moving to another peony plant.

Do Peonies Grow Back After Being Cut?

As earlier stated, the primary purpose of deadheading is to have a better bloom the following year. Peonies will grow the next year after being cut. However, Plants cut too early will also re-grow, but won’t bloom to their full capacity for over a year.

Learn also  Will A Palm Tree Die If You Cut the Top Off?

There are situations when deadheading may not result in better blooms. In such cases, this could indicate another problem, such as inadequate sunlight, overcrowding, excess nitrogen, or insect and disease problems.

Hopefully, you now know what to do with peonies after flowering. Generally, peonies will do well whether you give them this attention or not. But the difference between one that passes through this process and another that don’t will be evident.

If you get rid of the flowers as soon as they fade, you are sure to get a better bloom next year.