Pyracantha is a tough evergreen plant that also serves as a shrub and can grow as tall as 13 ft or 4 meters in height, as well as in width when it is not pruned. As a result of its exceptional growth and response to pruning, its keepers usually wonder when to prune pyracantha.

Today, we shall be looking at the best time to prune pyracantha plant. Aside from that, we will also discuss some other pyracantha care tips that should be diligently applied to it for optimal growth and for it to serve its ornamental purposes.

In case you're not familiar with the name Pyracantha, we would be briefly discussing Pyracantha and its features. This would not only enlighten you on what Pyracantha is; it would also enable you to know when to prune Pyrancatha plant, depending on the part of the world you are in.

Pyracantha is also known as ‘firethorn’ and is a shrub that is grown for its evergreen characteristics. It also serves ornamental purposes as a result of its characteristic orange and red berries it produces in autumn and winter and the cream-colored blooms that it produces in the spring.

Its alias ‘firethorn’ was derived from the sharp thorns it possesses.

Pyracantha is native to Taiwan, Europe, South East Asia, and China. It is grown and has been used hedging plants since the 1500s. It is also used as a form of security in homes and places where it is grown as a result of its size, density, and sharp thorns.

Pyracantha thrives in all soil types, even in clay soil, as long as the soil has good drainage. It is hardy to drought but does not enjoy being waterlogged. Therefore it prefers soils that are too dry rather than too wet.

When to Prune Pyracantha Plant 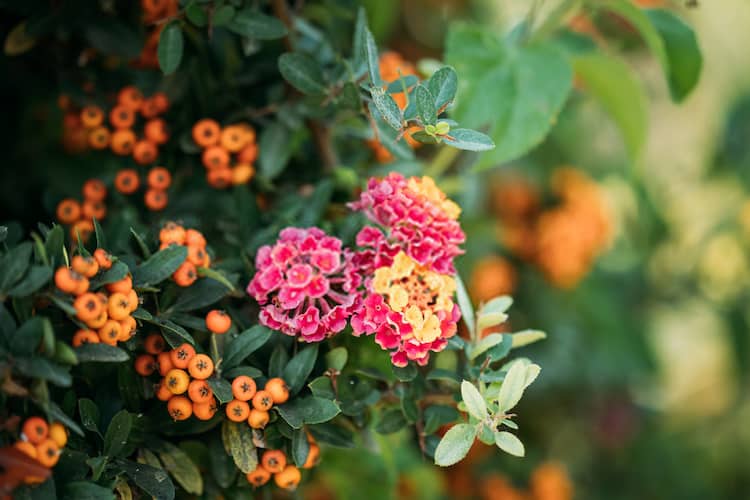 Pyracantha requires routine pruning to keep it in shape; this is because it grows at a very rapid rate and can become unruly with arching, long branches, and firethorns. Pyracantha can be pruned and trained to grow into a hedge plant or as an espalier.

On a general note, Pyracantha is best pruned during spring after it has blossomed, in order to reduce the impact on berrying wood and flowering wood.

When to Prune Pyracantha for Espalier Shrub:

Pyracantha is an ideal plant for an espalier shrub as a result of its rapid growth rate and arching growth habit. Pruning and training Pyracantha into an espalier usually requires training the shrub to grow into two dimensions, that is, height and width, against a support framework.

As soon as you start the pyracantha espalier, it would require that you continually bend the limbs and tie the limbs at every few months as the Pyracantha grows.

When to Prune Pyracantha as a Hedge Plant

To prune and train your Pyracantha into a hedge plant, it is recommended that you prune it late in the first season or before its buds break in the following season. When you prune, you prune off at least half of the new growth.

In the following second year, trim off another half, then by the third year, you start shaping the hedge into your preferred shape.

Once the desired hedge shape has been established, you can now commence pruning the hedges at least two or three times in between the spring and end of summer, in order to maintain the general hedge shape.

For the sake of having an ample amount of berries produced, you should not prune off a lot of growth from the previous year. This would enable the plant to produce a good amount of berries during winter and autumn.

Autumn and early spring pruning reduce the rate of Pyracantha flowering and berry production; however, it does not harm the plant. So you can carry that out depending on your priorities and demands of the hedge plant.

Pyracantha has features that make it desirable and functional for home gardeners and landscapers as well. It is quite easy to maintain and be cared for, although the thorns call for necessary precautions while pruning.

If you have Pyracantha in your home or intend on growing one, ensure that it is positioned in a location far from where children and pets play to avoid hurting them.

A general rule of thumb for Pyracantha is to grow it in a sunny location. It thrives in sunny areas, although it is tolerant of a little shade. For optimal result, plant Pyracantha in spring, so that it establishes well by winter.