Growing strawberries in Michigan isn’t difficult at all, all you need is the right variety and information. That is precisely what this guide is all about.

Strawberry plants (also known as Fragaria ananassa) are pretty much enduring in Michigan and the easiest small fruit you can grow.

With proper planting and care, each plant will produce a quart of strawberries every season. Michigan strawberries come in two types: June-bearing and everbearing. And having successful strawberry produce depends on the type you planted.

That said, let’s look at how to grow strawberries in Michigan.

Strawberries are edible little plants that, given proper growing conditions, will yield prolifically every year.

Although the length and harshness of Michigan winters can be a problem for some fruit crops. Especially in the northern parts of the state, strawberries aren't intimidated by the cold.

Furthermore, cultivars are available that are hardy in United States Department of Agriculture (USDA) plant hardiness zones 2 to 11; therefore, they can withstand the climate throughout Michigan.

Moreover, strawberries are grown in every region in Michigan, and according to the Michigan Department of Agriculture (MDA):

Berrien and Van Buren regions along Lake Michigan in the Southwestern part of the state yield most of Michigan strawberries.

Leelanau province, which is equally along Lake Michigan but closer to the Northern Peninsula, also produces a significant amount of Michigan berries.

Learn also  When to Plant Okra in Alabama 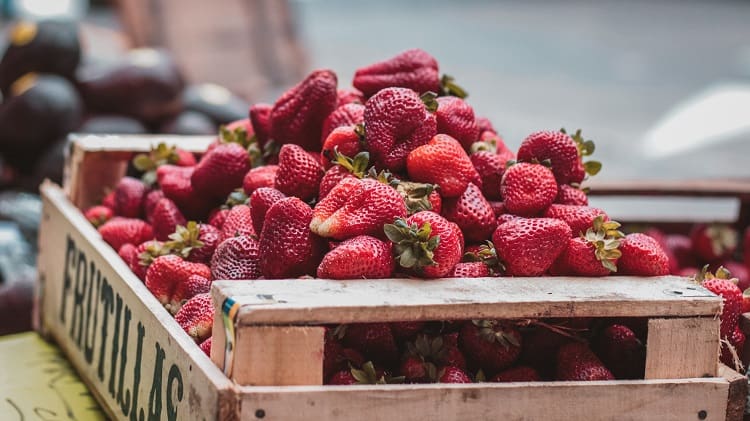 Like I said earlier, planting strawberries in Michigan isn’t difficult, just pay attention to the details below:

In Michigan, June-bearing berries yield one large crop of strawberries, usually in mid-June, and they typically yield more strawberries per season than other types of plants.

Additionally, ever-bearing varieties yield two small crops, the first one in the spring and the second one in the early fall; the timing of the crops is motivated by the length of daylight hours.

Day-neutral varieties yield berries independently of day length and may yield through most of the season.

New varieties of berries usually prove successful if they’re developed in places with a climate that is similar to that of Michigan.

For example, new varieties from Canada, the Mid-Atlantic and Northeast states have shown amazing promise in Michigan. Varieties produced in the West or on the South Coast have generally shown to be unsuccessful in Michigan.

Therefore, it’s recommended to plant them in full sun; although the plants can endure partial shade, they're not likely to produce well if they don't receive enough light.

Strawberries will equally yield best if they're grown in relatively acidic soil with a pH level between 5.3 and 6.5.

Strawberries in Michigan do well in soil that is well-drained and has an adequate supply of organic compost. They yield the best crops when planted in soils with high nutrient content, hold moisture well, and are well-drained.

You can equally grow them in sandy soils, and they tend to yield an early crop when planted in this type of dirt. It’s not recommended to grow berries in clay soils, as the areas are usually not well-drained.

Furthermore, berries benefit from frequent soil moisture, so the soil in the planting bed is supposed to be well-drained yet retain adequate moisture to prevent the plants' roots from drying out.

Adding 1 to 4 inches of peat moss or organic compost into the soil will also help by loosening dense clay soils that otherwise might retain too much water and by contributing moisture-retentive material to sandy soils that might drain too quickly.

It’s good to plant strawberries as early in the spring as possible. This will enable them to have enough time to get established at the beginning of the season.

You must plant berries at the right depth otherwise they won't grow properly. If you plant them so shallowly and the roots are exposed, the roots may dry out. On the other hand, if you plant them so deeply that the crown where the leaves develop is buried, the plant may rot.

Learn also  How To Harvest Chives Without Killing The Plant

You want to place the plants so that the soil surface meets the midpoint of the crown. Then firm the soil around the berries plants and water them properly. In laying out rows of the plants, space them 18 to 24 inches apart from each other, with 3 or 4 feet between rows.

In a "hill" planting system, runners are cut-off and are not allowed to yield new plants; this system is often used with day-neutral or ever-bearing varieties.

On the contrary, in a "matted row" planting system, berries are allowed to send out runners from which new plants bloom and fill in the row. This system works very well with June-bearing varieties.

Strawberry plants in Michigan may be prone to red stele and verticillium wilt, both caused by a fungus. These fungi can stay in the soil for several years before infecting strawberry plants.

Apart from that, Michigan strawberries may also be prone to black root rot, which makes the plant to wilt and the berries to turn to purple. Sadly, the cause of black root rot is not yet known.

According to the Michigan State University Extension office, it’s advisable to place new varieties of strawberries in clinical trials for many years before they are extensively grown in this state.

If they yield well, they may be recommended to be planted on a limited basis. And after some years of trial testing, new varieties of berries may now be recommended widely for commercial planting throughout Michigan.

When to Plant Strawberries in Michigan

In the Lower Peninsula, the strawberry season starts in early June. Berries may be picked in this county until the latter part of the month.

And in the Upper Peninsula, strawberries usually ripen around mid-July. They will often stop producing fruit around the end of July, in this part of the state.

Strawberries are extensively grown throughout Michigan. Michigan farmers make millions of dollars annually from the sale of strawberries – and family farms receive much of this revenue.

These farms open their strawberry vines to people, especially tourists who wish to get the freshest fruit by picking it themselves.

In Michigan, picking strawberries can be enjoyed by the whole family and is a calming activity for a lazy summer morning.

Hopefully, you now know how to grow strawberries in Michigan and what to expect. Do let us know if you have any questions.