If you're new to the world of composting and your knowledge on the distinction between vermicompost vs compost techniques of degrading organic matter is a bit skewed, this article is for you.

We will explore the many ways in which the vermicompost and compost processes are similar, as well as how they differ. Which method is faster, more pocket-friendly, which is more convenient? How can you produce high-quality organic fertilizer for your garden and plant needs?

Equipped with the right information, you will be able to make informed decisions based on your preferences, possibly influenced by the resources at your disposal.

What are Vermicompost and Compost?

No two processes or phenomena are the same, no matter how similar they may seem. Knowing this distinction is often time all the difference you need to stand out and take your farming/gardening efforts to greater heights.

Vermicompost is the end product resulting from the degeneration of organic matter. The distinguishing factor for this form of compost is that it is done only by worms, like the red wrigglers, white worms, and earthworms.

On the other hand, compost is the end-product formed by the degeneration of organic matter, such as domestic waste. This is a function done by microorganisms, e.g. bacteria. Yeast too can play a part in this process.

Simply put, the difference between regular vermicompost and compost is that the former features breakdown components by worms, while the latter is a bacterial breakdown. 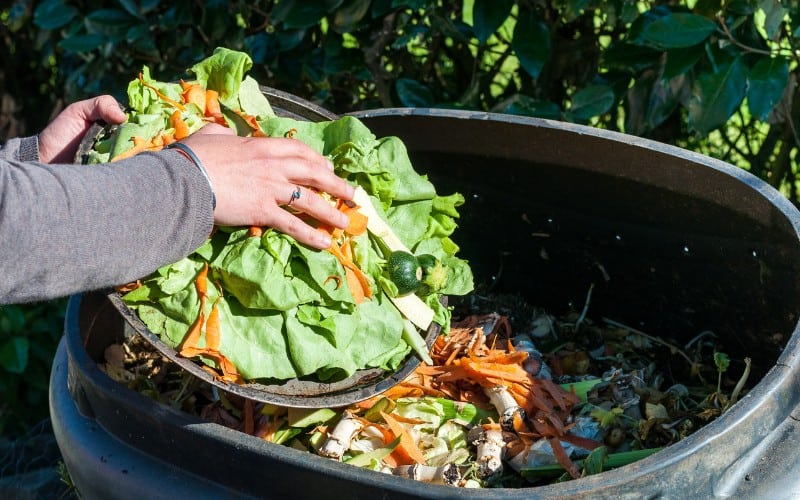 Vermicomposting is a low - mild temperature process. In this method of composting, not every kind of organic matter is admissive. This is so because worms do not feed every food substance; some are harmful to them.

Foods like lime, orange, and lemon, which are acidic, meat scraps, dairy, garlic, etc. are not should not pass for vermicompost materials.

To some people, it is a variation of worm farming, a process known as vermiculture, since foods for worms are called vermicompost.

Vermicompost can be prepared in small containers to bathtub size vessels. The worms eat through the leaves and kitchen waste provided so that they can produce vermin casting/worm humus (manure for you).

Dampened carbon and nitrogen materials, such as leaves and newspaper strips, are layered in the compost bin before ushering in the worms.

As earlier stated, vermicompost can be done on a larger scale, but the waste must be applied in small quantities to not overfeed the worms or overheat the heap. Worms are sensitive animals and will immediately sense and take off when conditions are not right.

Unlike most composting systems that require someone to turn the compost each week with a pitchfork, vermicompost has worms tunnel in the soil, creating pathways for air to travel, making the turning of the pile unnecessary. Purchasable vermicompost buckets feature screen-covered holes to allow oxygen into the bin.

Vermicompost is believed to be one of the richest compost forms in existence. The makeup is concentrated with high levels of phosphorous and nitrogen and should be used sparingly.

Learn also  How Often Should I Water Potted Rosemary?

Vermicomposting also provides a concentrated liquid as a by-product of the composting process. Fetch the liquid in a tray beneath the vermicompost bin, and dilute it with water to form a 'compost tea.' Compost tea is a nutrient-rich drink for established plants, according to Science Direct.

Vermicompost can typically take place anywhere, even indoors. And the final worm-compost seems to be ready faster.

Compost is the breakdown of the traditional yard materials and domestic waste into base materials that resemble dirt to provide vital nutrients for growing plants.

Composting is an aerobic process with high temperatures, in contrast to vermicomposting, where worms do all the work. Compost consists of every kind of organic waste — browns, greens, and is not discriminatory of meat, dairy, or acidic food materials.

Nitrogen- and carbon-rich by-products, such as plant stalks, vegetable peelings, eggshells, leaves, and yard waste, brought together to create an environment suitable for microorganisms invade break them down into humus, a.k.a. the rich brown soil plants need for optimal growth.

In compost, the minimum size is a cubic yard; else, the temperature will not get high enough to breakdown the materials. Oxygen must be applied to satisfy the needs of the bacteria that do the work. This means manually turning the dump from time to time for aeration.

When aeration is absent, the inner part of the pile faces the risk of heating up above 160 degrees Fahrenheit, which would endanger and possibly kill the microorganisms necessary for composting.

The process demands some level of know-how because if your compost pile becomes too wet or otherwise anaerobic, it will begin to stink.

However, the traditional compost method may require fewer resources than vermicompost. After all, all you need to purchase is a garden hose, water, and a pitchfork. Compost making is a fantastic way to indulge in food waste recycling.

A critical review of the suggestions above will most likely conjure up in your mind the question of which of the two is better?

The answer? Well, it depends.

Vermicompost is similar to regular compost, but with the inclusion of composting worms, which speed up the process and result in a higher quality of compost.

Conventional compost wants the material to heat up, and vermicompost doesn't want it to heat up, which means that you must use smaller total quantities of greens and browns at a time to prevent the material from heating up.

Regular compost kills off the most harmful pathogens that come with organic wastes. Blame it on the heat. Vermicompost, on the other hand, does not kill microorganisms. This is because vermicomposting is a cold-composting technique.

At the end of the day, the compost type that is "best" is the one you are convinced will be easier for you to accomplish with your farming goals.

In cases where the compost is to be sold or given away to the public, quality standards must be met, including those for sanitizing the compost in the hot process, for which a sizeable commercial set-up is then further required.