It is rare to see peonies with problems. This is because they are adaptive and resistant to some of these diseases. However, if you want to go into the business of cultivating this shrub, it is necessary to know everything associated with it.

Diseases that mostly affect peonies are associated with a lack of air circulation and cold, wet conditions. It may not be easy to eradicate these factors, but recognizing them will allow you to deal with them.

We will highlight some of the common diseases that attack peonies. The following are the common problems with peonies that you'll likely encounter while growing the plant.

Read Also: What To Do with Peonies After Flowering

The symptoms are seen on the leaves, stem, and root. It affects the plant’s part in patches. So you will often see brownish or blackish spots on the parts of the peonies.

Leafy shoots wilt suddenly and topple. Stems of affected pony have a water-soaked appearance, and young shoots rot at ground level when they are 5 to 8 inches tall. 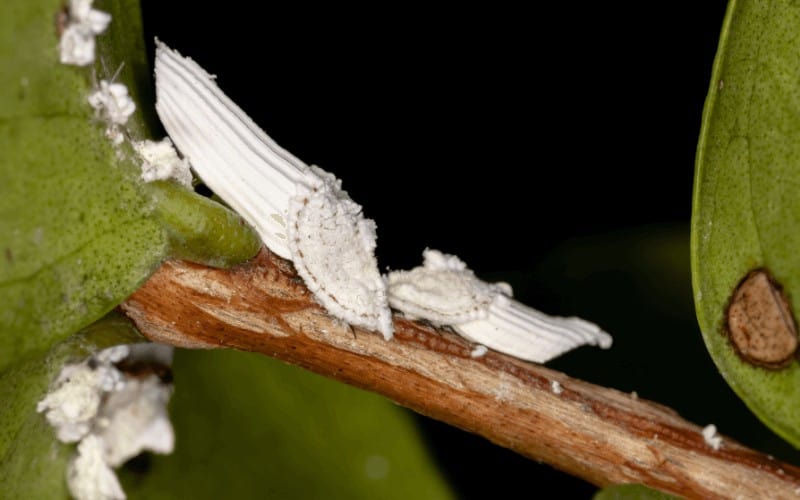 This is not common with peonies, though, but on a few occasions, peonies are affected by scale insects. The symptom of this attack is yellowish leaves. There are high possibilities of the leaves dropping off.

Scale insects can also lead to stunted growth in your peonies. They are identified by a shiny or sticky material around the stem or leaves. Some scale species are known to carry viruses that also infest the plant.

Their activities can even get more dangerous because these sticky substances produced attracts ants because they feed on this substance.

Herbicide damage is also a common problem with peonies. Of course, this can only occur when you use or have used herbicide in the garden.

It can be hard to identify the damage caused by this chemical, but often, you will notice twisting, deformed, or distorted growth. You can also sometimes notice discolored or dead spots on leaves.

Herbicide symptoms vary depending on the herbicide used, stage of growth, the rate of application, and type of exposure.

Phytophthora blight is caused by a fungus known as Phytophthora cactorum. Flooded and saturated soil conditions encourage the activities of these fungi.

When this attack happens, the roots and stems near the soil line appear water-soaked, dark brown, and will become soft.

Also, the plant can develop root and crown rot, which will further lead to the collapse of the entire plant. This is one of the reasons why we have always encourage a drained moist soil for peonies to prevent a breeding ground for Phytophthora cactorum.

This is also a common problem with peonies. When a plant flower bud fails to open, it is referred to as Bud-blast, and peonies are not left out of this condition.

There are many causes of this – they include and are not limited to infertile soil, too-deep planting, drought, immature plants, too much shade, and cold weather.

The flower bud forms and fails to open to give way for flowering. The bud eventually wither.

Southern blight is also called crown rot or white mold. It is is a fungal disease. It causes rotting and deterioration of the tissues at the crown of the plant.

Symptoms of this disease include wilted foliage, decoloration of lower leaves, and collapse. Southern blight most times leads to the death of the pony plant.

A close inspection of the pony shows activities of hyphae, and mycelia at the lower part, roots, and the surrounding soil.

The best way to deal with southern blight is to root off the pony and dispose of it, including the surrounding soil infected. 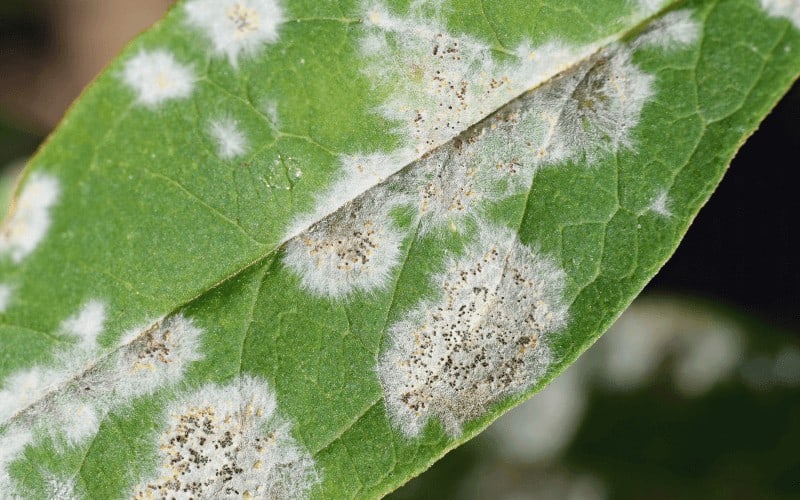 This is also another common disease that attacks peonies. At first, you may think that they are mere dust that has settled on the leaves, but there is more to that.

Powdery mildew is a fungal disease that produces a light gray or whitish powder on the surface of leaves, flowers, and tender stems.

Note that even though it starts at the underside of the leaves, it can eventually spread to attack other parts, including stems, flowers, buds, and even the fruit.

The danger with this disease is that when the leaves are coated and covered with this powder, photosynthesis is disrupted, and infected leaves will often fall prematurely.

Read Also: How to Kill Powdery Mildew in Plants

This is also called a red spot or measles. As the name implies, it leaves red spots on the parts of the plants.

Learn also  Why is My Citronella Plant Dying?

Peony blotch is a fungal disease that occurs in spring just before blooming. It affects only the parts of the plant above the ground and, most especially, the leaves.

The activities of these fungi leave red to purple streaks on stems and brown spots on the undersides of leaves.

As time goes, the small red to purple spots on the upper sides of the leaves will enlarge and merge, thus forming large blotches.

These blotches will also appear on the flowers, seed pods, and petals.

Read Also: How Long Will a Dead Tree Remain Standing?

The symptoms are almost alike, but the common symptoms may include lack of proper chlorophyll production, which will result in a mottled appearance on foliage, general dwarfing of the plant, yellowing, and in some cases, rings on leaves as well as dead areas.

The diseases spread fast from one pony to the other. It could be transmitted by insects, pruning, or gardening tools.

Unfortunately, there is no cure for this viral diseases. The best practice will be to dispose of the infested plants. 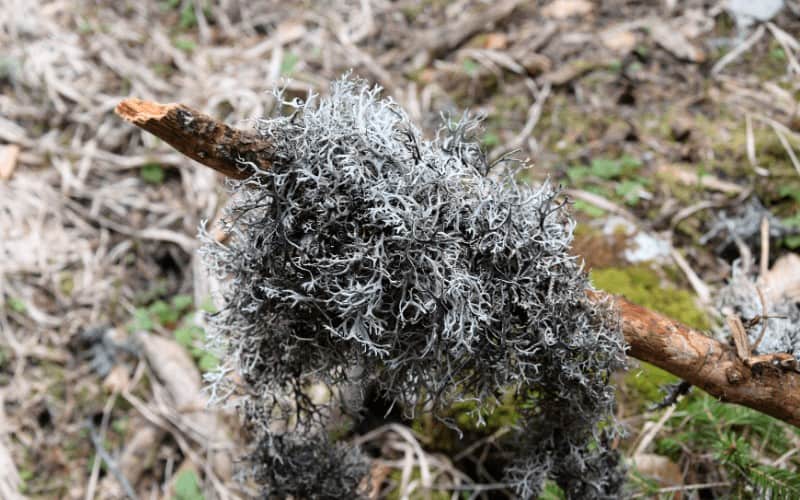 This is one of the most common problems with peonies plants. They are a parasitic invasion on the foliage -- and they attack the leaves and buds.

Water-soaked lesions between the veins are observed on ponies attacked by this parasite. These lesions later become brown and finally turn black. Other symptoms include stunting, multicolored leaves, lack of flowering, leaf proliferation, or even plant death.

Standing water on the leaves encourages the spread of nematodes because they can swim to affect other parts.

New leaves may develop without signs of these symptoms, while older leaves will fall off.

Those are the common problems with peonies. Most of these challenges are not common with peonies alone, but also other plants. So if you are growing your peonies with other types of plants, it is almost certain that they can also affect others and vice versa.

Most of the problems associated with peonies require that you get rid of the plant rather than trying to manage it. However, there are some exceptions where you can salvage the situation.

For example, powdery mildew on peonies can be treated following some practices that we have also laid down on our blog.