White powdery mildew is one of the commonest fungal diseases that affect plants. While its occurrence is common, it is also very easy to identify. Just as the name goes, white powdery mildew appears as whitish or grayish powdery films on plants’ stems, leaves, and fruits.

What Is White Powdery Mildew? 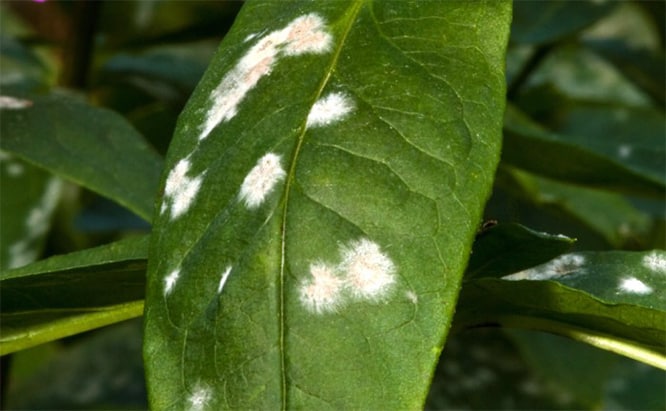 White powdery mildew appears as circles of powdery white spots on leaves, fruits, and stems. Diseased plants usually have their affected parts looking dusty as if flour or talcum powder was sprinkled on it, with the upper side of their leaves covered in powder.

As the mildew progresses, the bottom side of the leaves becomes covered in powder as well. These powdery substances block the leaves from receiving sunlight and photosynthesizing.
The fungus that causes white powdery mildew is host-specific.

Learn also  How to Save a Dying Blueberry Plant

This means that the fungus that can infect phlox will not be able to infect lilac. In extreme cases, these fungi are so specific that they can only infect specific cultivars of plants. Young foliages are usually susceptible to damages caused by white powdery mildew.

Read Also: Can You Grow Grass in Sand?

White powdery mildew is caused by microorganisms that thrive in warm humid environments. These microorganisms can affect a wide range of trees and plants and have proven to be extremely detrimental to the healthy growth of plants.

When present on a plant, these microorganisms form a large number of microscopic spores that appear as a white powder on the plant parts.

These microscopic spores are known as conidia. They are airborne and do not require water to blossom and infect other healthy plants. They thrive in even harsh conditions and are reproduced every 6 to 12 days.

These spores spread ideally when there is a low level of soil moisture and a high level of humidity at the plant surface or in the environment where the plant is growing.

When the fungal organisms take over a plant, the many microscopic spores easily spread to other nearby plants by air and then cause damages to the plants’ health, especially by blocking their leaves from photosynthesizing.

Which Plants Are Most Susceptible To White Powdery Mildew? 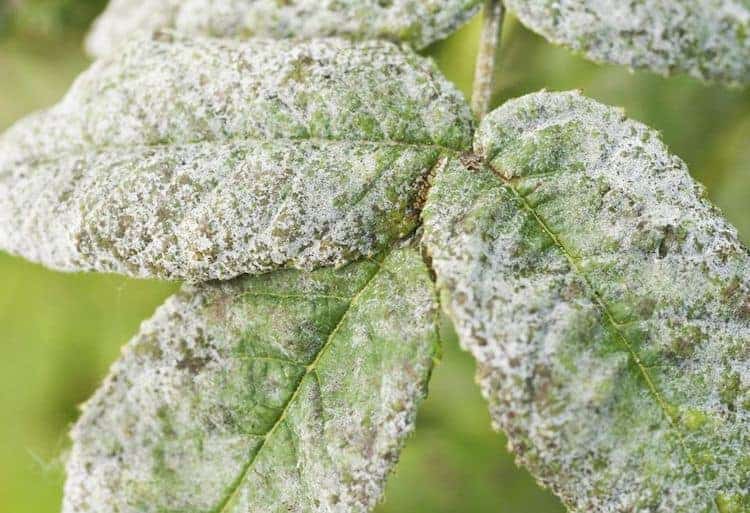 The following list is not an all-inclusive list, so you may need to be on the lookout for any signs of white powdery mildew in your garden.

White powdery mildew does not pose much health threat to infected plants. Most of its threat lies in the plant’s aesthetics that it ruins and when left untreated it leeches on the plant’s nutrient, causing the leaves to wither and turn yellow.

Read Also: Can You Plant Strawberries In The Fall?

White powdery mildew is caused by a group of fungi. These fungi spread rapidly from one plant to another in microscopic spores.

While it does not have any fatal effects on infected plants, it is advisable to prevent their occurrences, and if they do occur, you should treat it as quickly as possible.

You can get rid of white powdery mildew from your plant by spraying your plants with water or a solution of baking soda, mouthwash, milk or commercially prepared fungicides. These help your plants stay healthy and aesthetically pleasing.