There are quite a lot of flowers that start with B. You probably know the popular ones - Bachelor's button and Baby's breathe - but then, there are many more you probably don't know.

Here's the complete list of flower names that start with the letter "B."

Flowers That Start With B 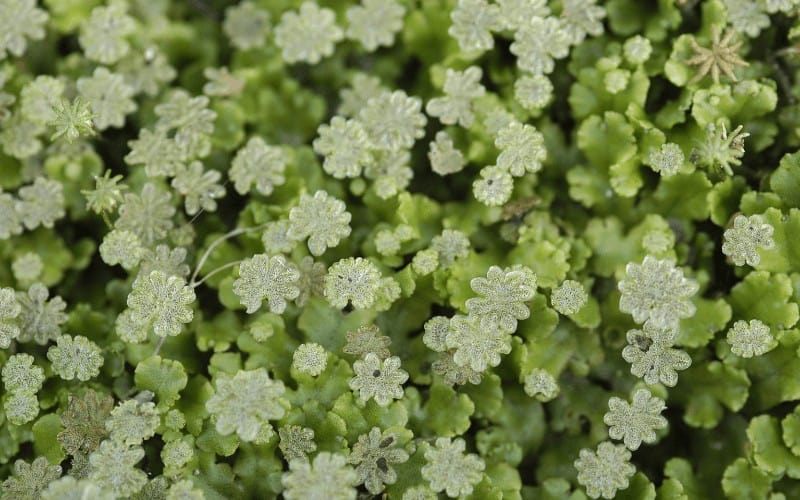 Gypsophila, commonly called Baby's-Breath is a genus of flowering plants native to Africa, Eurasia, Australia, and the Pacific Islands. It belongs to the carnation family, Caryophyllaceae.

You will find the highest species diversity of Gypsophila in Turkey - there are about 35 endemic species.

This genus' flowers are usually whitish; however, some species have notes of pink or rose colors in their flower. 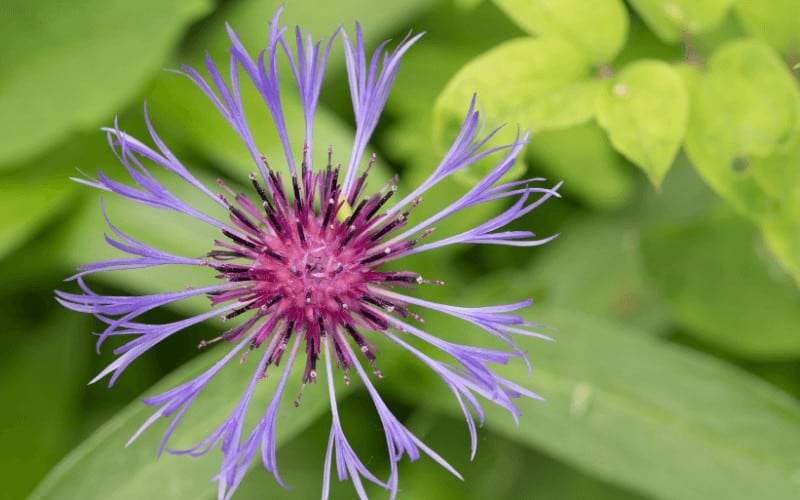 Nicknamed Bachelor's Button, this flowering plant, Cornflower, is slightly different from other annuals. It belongs to the family Asteraceae and originates from Europe.

In the old days, this genus is planted as a weed in cornfields. Cornflower has been around the main adorning flower planted by Europeans and Americans. 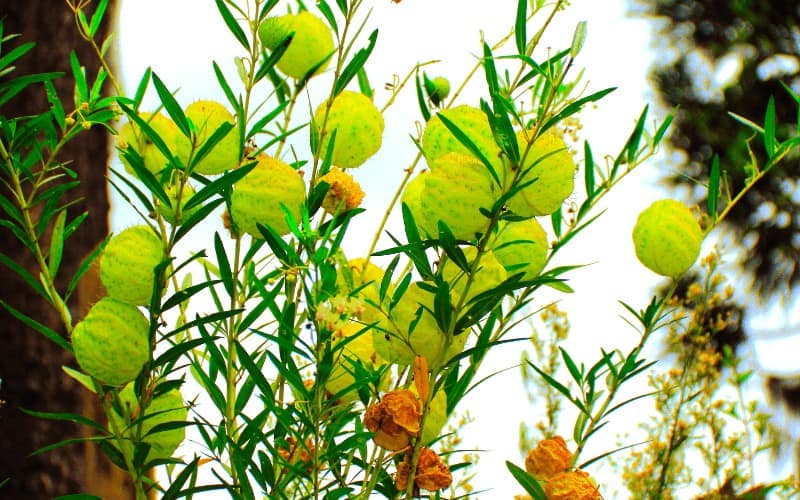 Platycodon Grandiflorus, commonly called Balloon Flower, is a species of herbaceous flowering perennial plant in the Campanulaceae family. It is the only plant of the Platycodon genus.

Its other names are Chinese bellflower and platycodon. This plant originates from East Asia. Balloon Flower is one of those fun flowers to plant with kids in the garden.

Learn also  How to Save a Dying Oak Tree 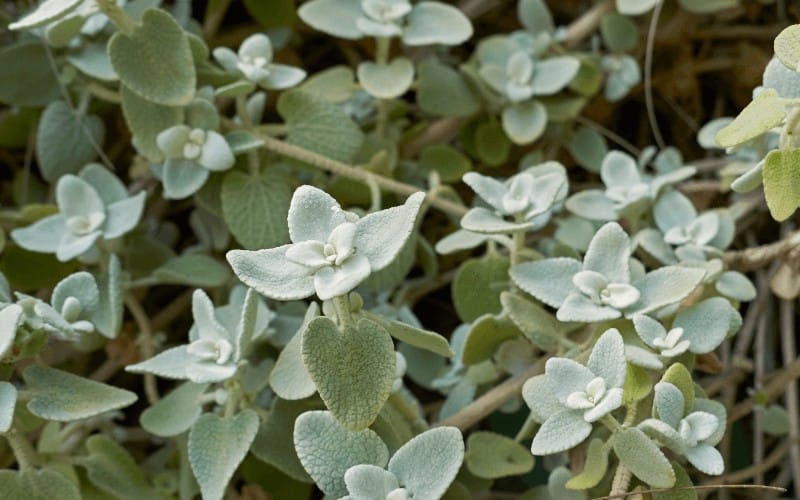 Ballota is a genus of flowering plants in the family Lamiaceae. It can grow and spread up to 2 feet. This genus is native to temperate areas but has the highest diversity in the Mediterranean region.

Also, Ballota can be found in some isolated regions in Central Asia, South Africa, N. Europe, and the eastern North Atlantic islands. 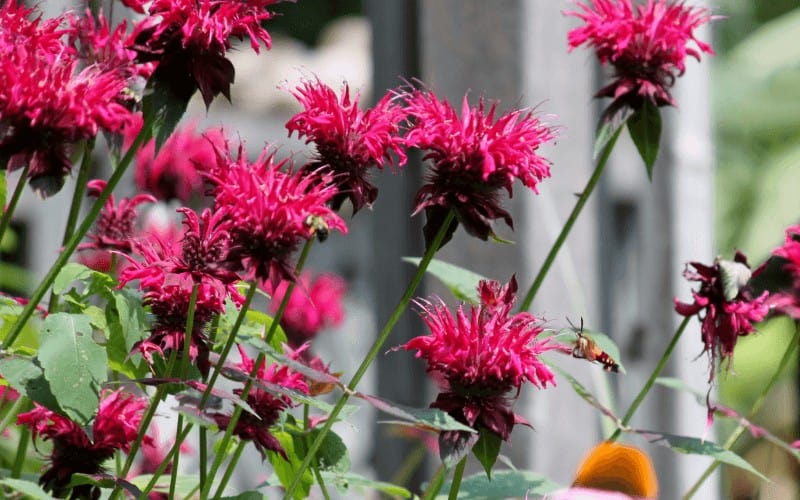 The actual name for this flower is Monarda; it is a genus in the mint family, Lamiaceae, which is native to N.America.

Monarda is commonly called bee balm, and its other nicknames include horsemint, wild bergamot, and oswego tea.

This flowering plant grows tall and spreads its stems, underground. Its flower colors include red, pink, and purple. 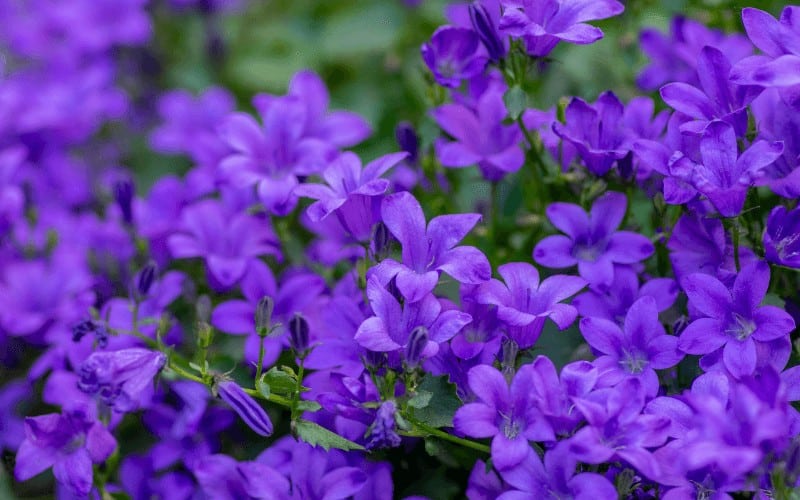 Its scientific and common names were derived from the flower shape, which is typically the shape of conventional bells — “campanula” is the Latin word for "little bell." 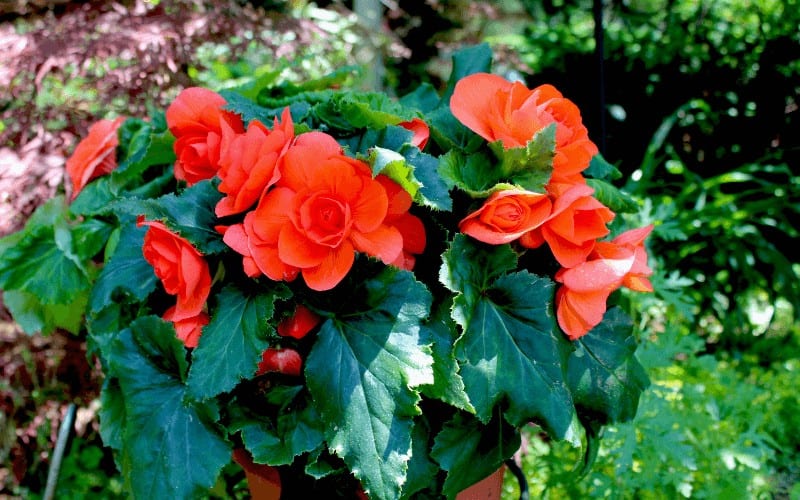 Begonia appears in different sizes but almost the same shape. It is a perennial - a genus in the family Begoniaceae.

Interestingly, Begonia has over 1,800 unique species, native to moist subtropical and tropical climates. Some Begonias are planted indoors, in cooler climates, as ornamental houseplants.

The plant can grow up to 12 inches (3 feet) in height, and up to the same size in width. 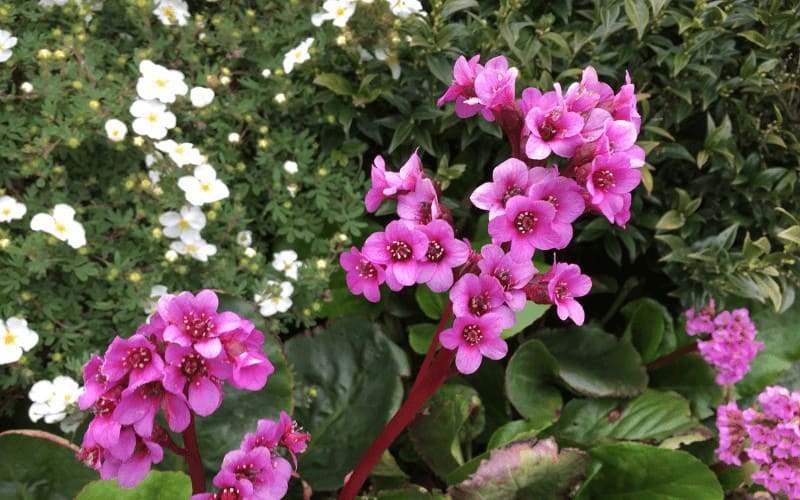 Bergenia originates from Central Asia, and it is a genus flowering plant with ten species - belonging to the family Saxifragaceae.

The plant has a nickname, Pigsqueak, which was given to it due to the sound it makes when you rub its two leaves together. It is best used as a shading flower plant in gardens. 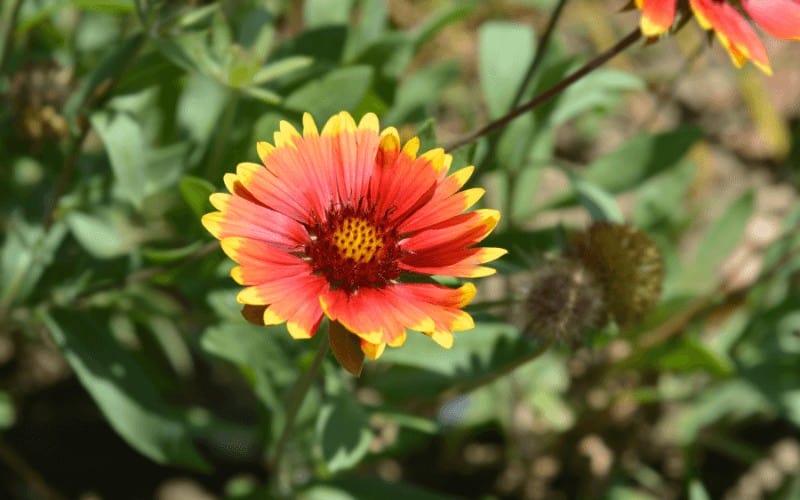 Blanket Flower belongs to the family of sunflowers. Its actual name is Gaillardia - it is an easy-to-grow perennial with richly colored flowers that appear like daisies.

This flowering plant is endemic to North and South America. Actually, it was named after a French magistrate, Maître Gaillard de Charentonneau, who was an enthusiastic botanist in the 18th century. 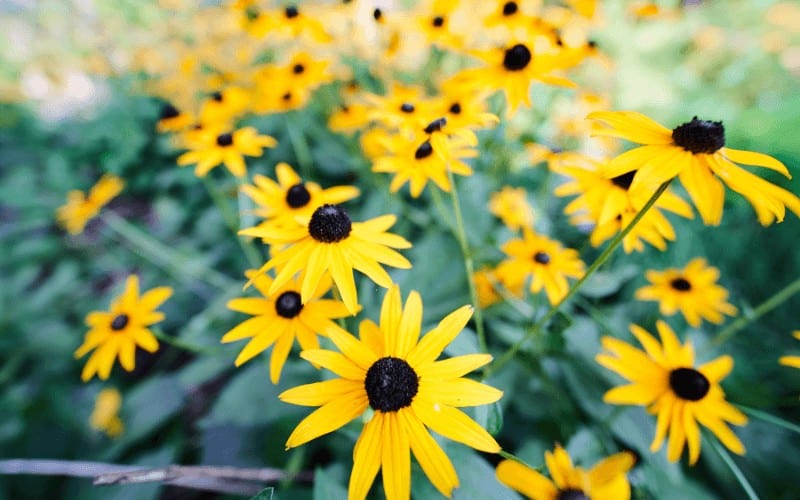 This plant comes in both annual and perennial species. The actual name is Rudbeckia hirta, and it belongs to the family Asteraceae. 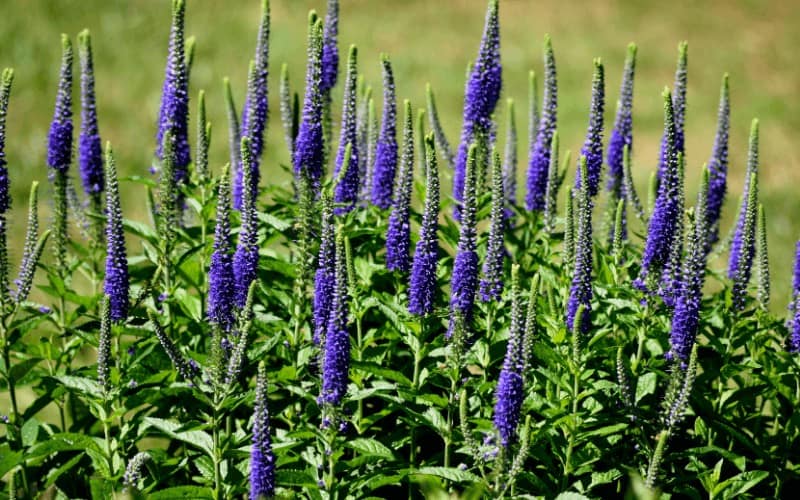 Liatris, a.k.a Gayfeather, Blazing Stars, or Prairie star, is a versatile North American flowering plant with diverse ornamental allure. The plant is a genus in the boneset tribe, in the sunflower family.

It is commonly called Blazing Star, and its species are usually grown as ornamental plants or used in flower bouquets. This species can survive in winter. 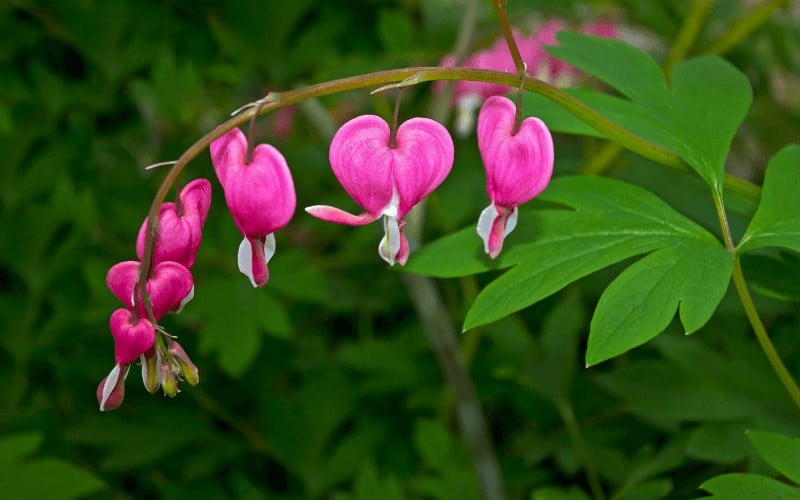 Bleeding Heart is a genus of herbaceous plants; it has about eight different species-its scientific name is Dicentra.

This flower genus is endemic to eastern Asia and North America. The heart-shaped flowers produced by the Dicentra species inspired the nickname - Bleeding Heart. 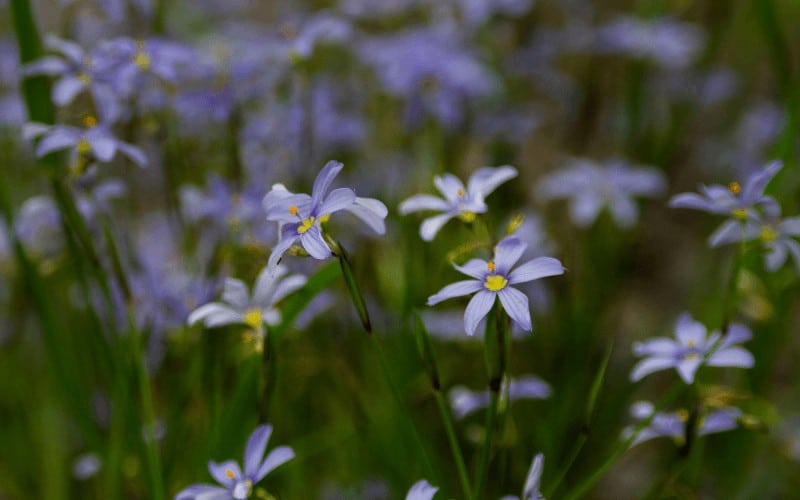 Blue-Eyed Grass (with the scientific name, Sisyrinchium) is a highly diversified genus of annual and perennial flowering plants in the Iridaceae family.

It is endemic to the New World, with species known as blue-eyed grasses. Sisyrinchium species come in varieties with flower colors other than blue, as the name implies. 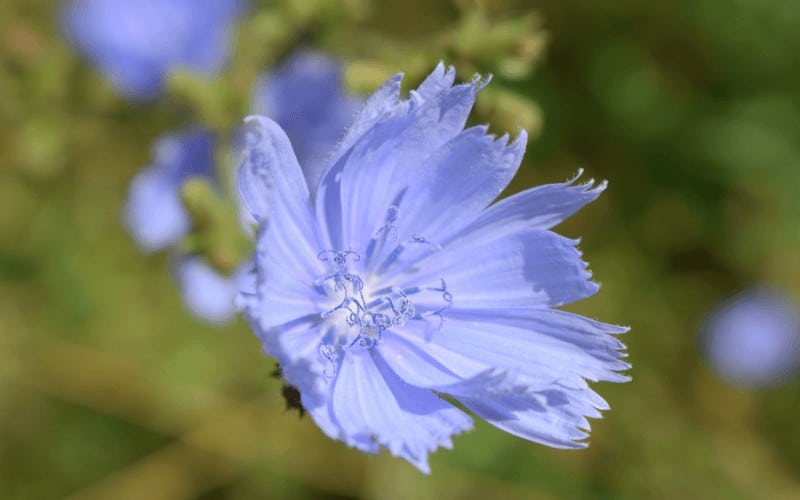 The name Blue Star was given to the plant species Amsonia due to its flower shape - soft blue, star-shaped flowers. It is a native herbaceous perennial found in wet, sandy, open, and rocky woods.

Blue Star Flowers have an erect, clump-forming growth pattern, with its clusters growing up to ¾-inch in height. 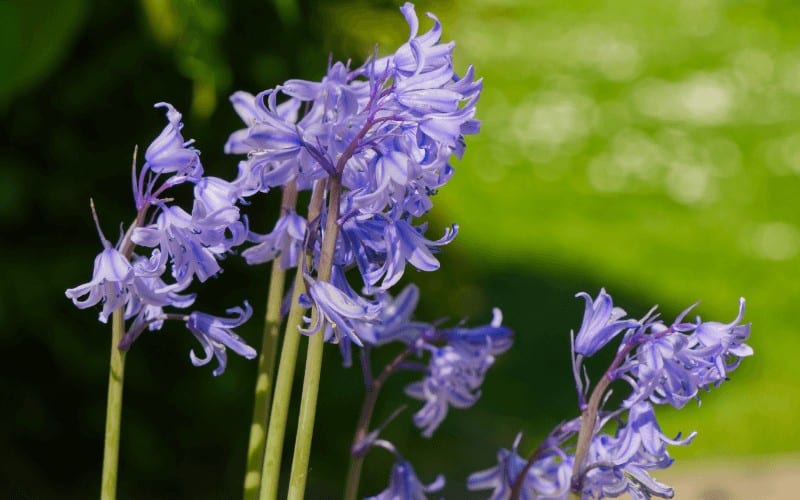 Bluebells are found in Atlantic areas - north-west Spain and the British Isles - they serve as garden plants, too.

The scientific name for the Bluebell flower is Hyacinthoides non-scripta; it is a bulbous perennial plant that grows into blue-bell-shaped flowers.

Other common names include common bluebell and simply bluebell. 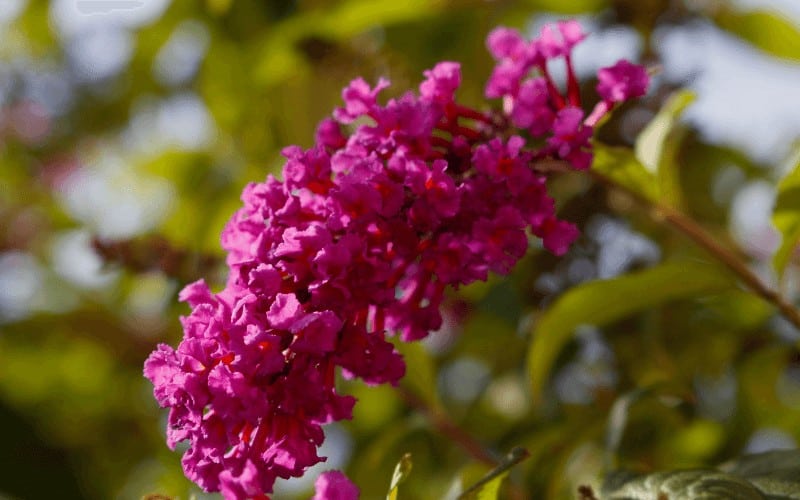 Buddleja, a.k.a Butterfly Bush is a genus of flowering plants with over 140 species, native to Africa, Asia, and the Americas.

The generic name was bestowed by Linnaeus, as suggested by Dr. William Houstoun, to honor Rev. Adam Buddle, an English botanist, and rector. Butterfly Bush belongs to the family Scrophulariaceae. 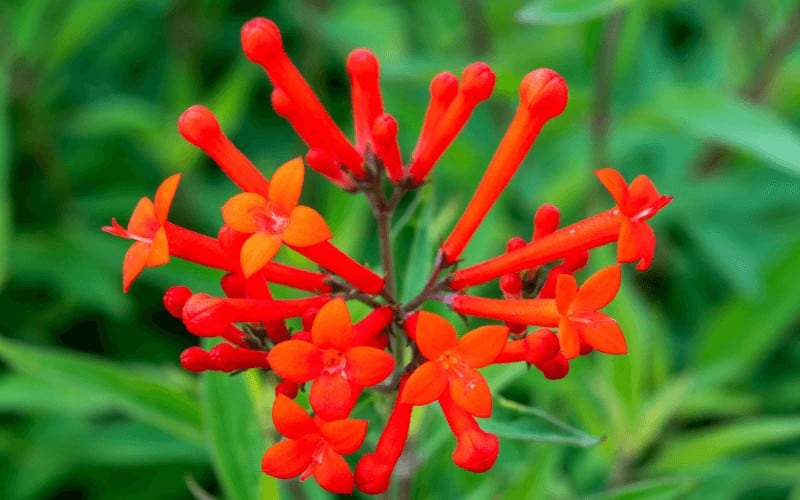 Bouvardia is a genus plant in the family Rubiaceae with about 50 species of evergreen shrubs and herbs.

This plant is endemic to Mexico and Central America; however, one of its species is found in the southwestern United States.

The attractive blooms of Bouvardia species are one of the reasons the plant is commonly used in the floral industry, as well as grown as houseplants.

Buttercup is a genus with over 550 species in the family Ranunculaceae. The scientific name is Ranunculus. The plant produces yellow, shiny petals, and can be planted in different regions.

Actually, Buttercup is poisonous to eat, but when dry, its poison properties become ineffective. Other names for this plant include spearworts and water crowfoots. 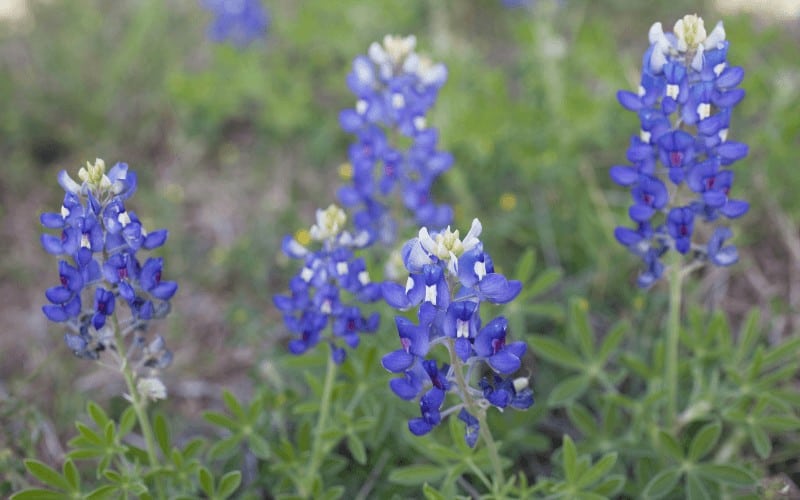 Bluebonnets is a generic name for purple-flowered species of the genus flowering plant, Lupinus. It is predominant in the southwestern United States, and it is generally the state flower of Texas.

The name Bluebonnet was derived from the shape of the petals on the flower; they look like bonnets worn by women to protect them from the sun. 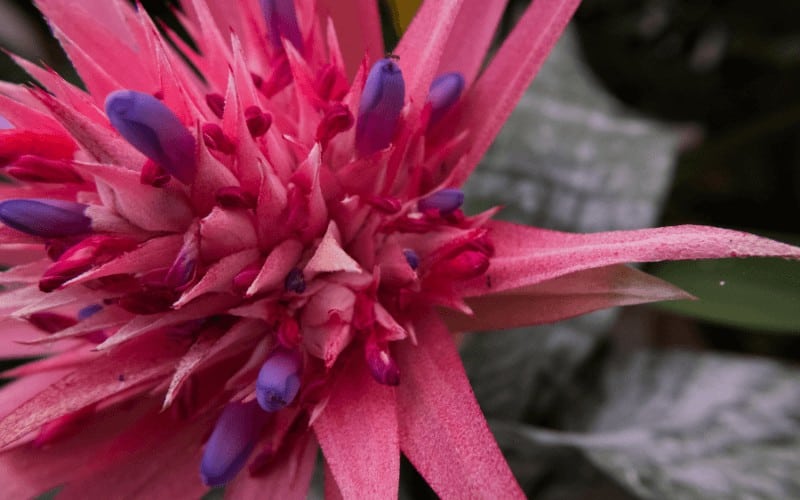 Billbergia is a plant genus in the pineapple family, Bromeliaceae, subfamily Bromelioideae.

It is named after the Swedish botanist, anatomist, and zoologist, Gustaf Johan Billberg, and divided into two sub-genera: Billbergia and Helicodea.

It has over 50 South American species. The species produce thick, red, or pink brush-shaped flowers.

I love flowers, and I believe we all do. As you can see, there are a whole lot of beautiful plants and flowers that start with b, apart from the 20 listed here.

In fact, it might interest you to know that there are flower names for each of the alphabets.

So, tell me, which of the ones listed here is your favorite?