Virtually everyone loves flowers; they serve a lot of purposes - from helping to beautify our surroundings, gardens, parks, etc., to act as shades in some cases.

There are hundreds of flowers out there, and a good number of them start with "C." You may already know some of these flowers; regardless, this article provides a comprehensive list of flowers that start with C with their pictures.

Flowers That Start With C 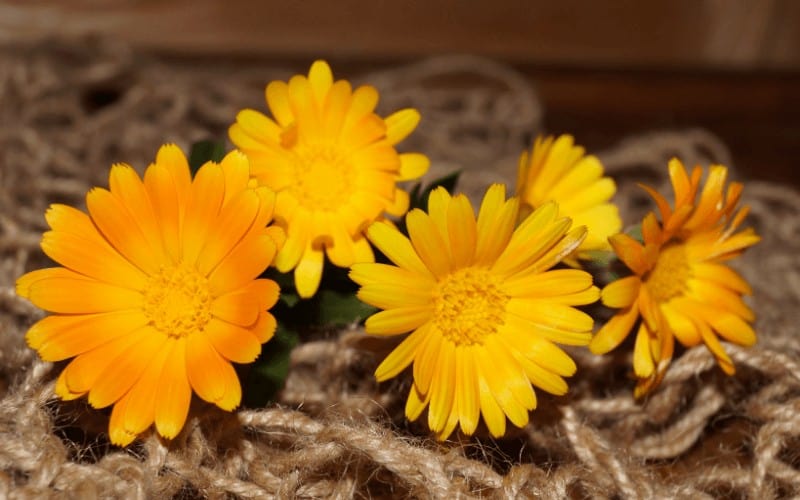 Calendula Officinalis is the most popular species of the plant genus, Calendula, in the daisy family Asteraceae. It is believed to originate from southern Europe; its long history of existence makes its precise origin unclear.

The genus, Calendula, has about 15 species, of which all are herbaceous plants. The plant is also found in Asia and the Mediterranean area and is said to have some medicinal values. 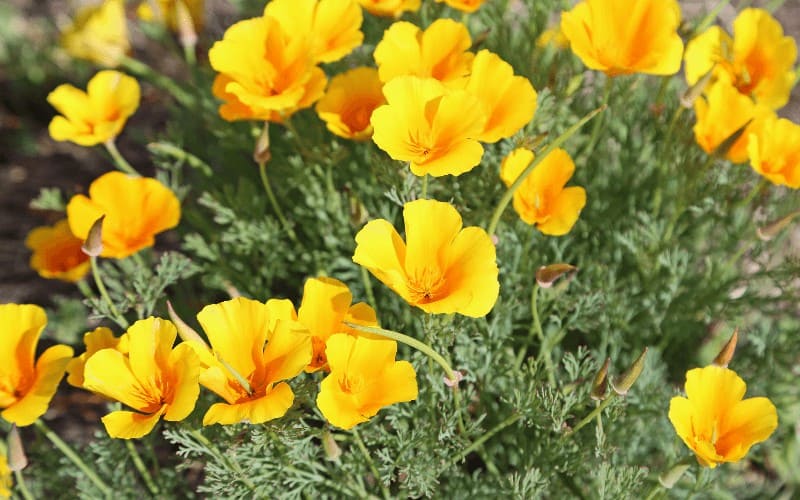 Although it has the name, California Poppy, this flowering plant is native to the United States and Mexico.

The scientific name is Eschscholzia californica, and it belongs to the family Papaveraceae. California poppy (or golden poppy) is the symbol of California.

It blooms in spring and early summer - growing up to 12-inch in height. 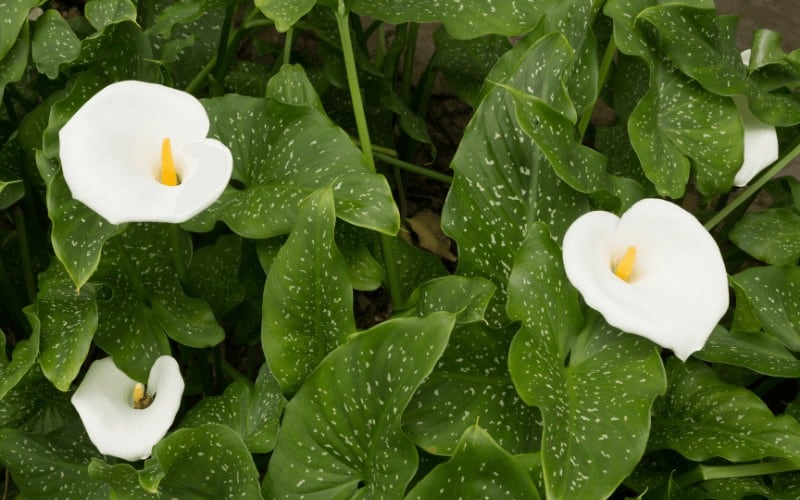 Calla Lily is a species in the family Araceae. It is a very beautiful flower that can be used for different purposes.

The scientific name is Zantedeschia aethiopica, and it is endemic to S. Africa and Swaziland. Another popular name of Calla Lily is Arum Lily. 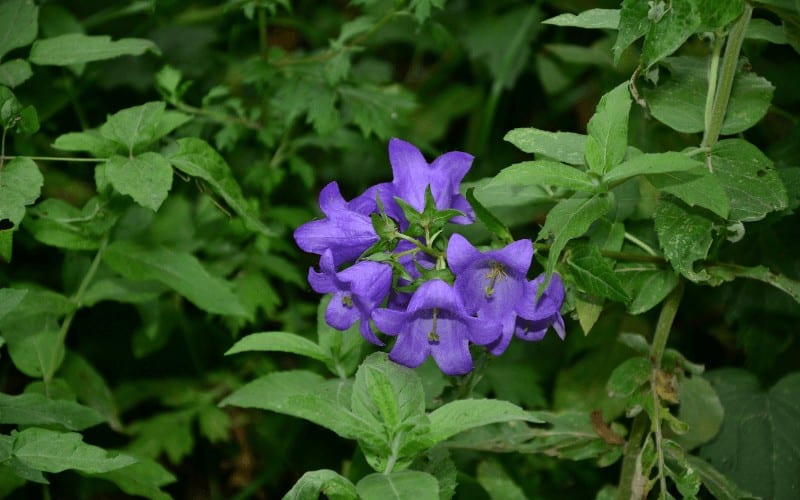 This flower is a species of Bellflower. It is remarkable for its tall, coarse, upright appearance.

Campanula latifolia belongs to the Campanulaceae family and is known by the following nicknames, Large campanula, Wide-leaved bellflower, and Giant bellflower.

It is endemic to Europe and western Asia and is commonly grown as an ornamental plant. 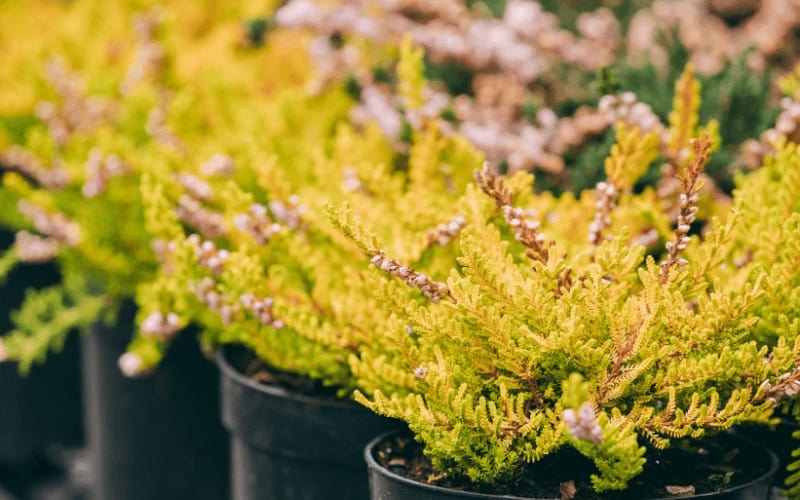 Also known as Heather, Calluna is a genus of flowering plants in the Ericaceae family. It has just one species, which is Calluna vulgaris - an evergreen shrub that produces vibrant, bell-shaped flowers that bloom in late summer.

It is native to Europe, N. Africa, and some regions in Asia. However, Calluna is being planted in different regions globally. 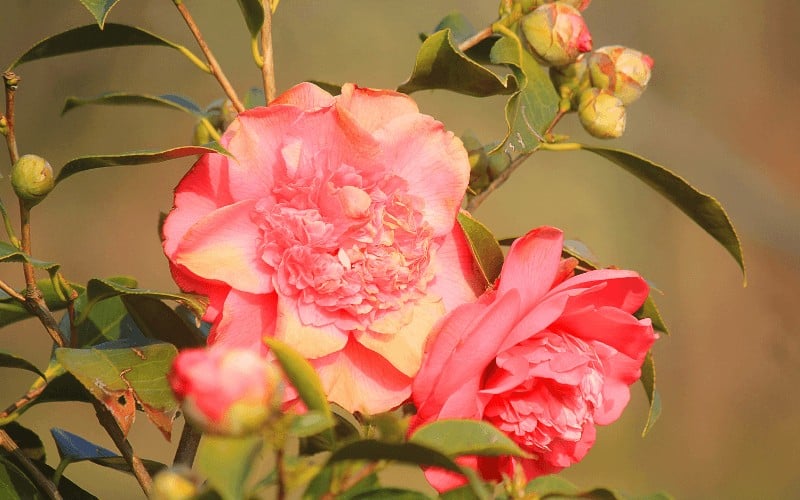 Camellia is a genus of about 250 species of flowering plants in the family Theaceae. It is found in Asia - having about 100–300 identified species.

The exact number of Camellia species is not certain; the plants also have around 3,000 hybrids. It is actually a genus of evergreen shrubs and trees with perfectly-shaped flowers. 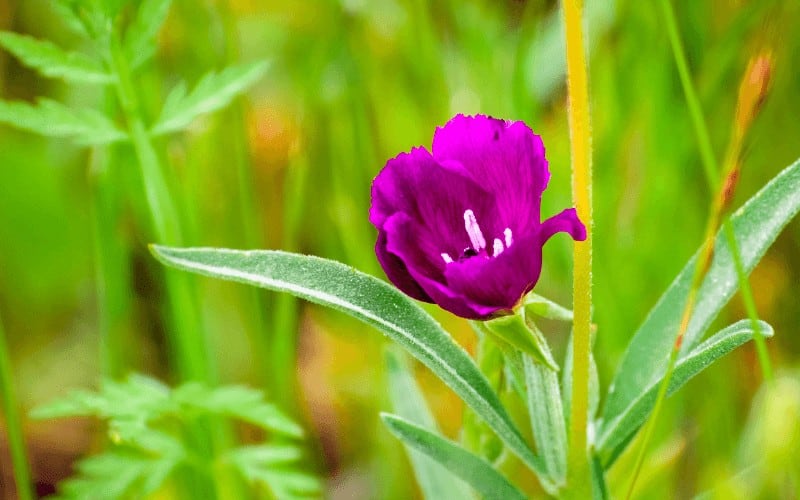 Clarkia is a genus of flowering plants with over 40 known species in the Onagraceae family.

Virtually all species of this flowering plant are native to western North America, with one of the species being endemic to South America.

The species are typically annual herbs; they either grow uprightly - up to 2 meters - or prostrate at a height. Clarkias produce colorful cup-shaped blooms in different shapes. 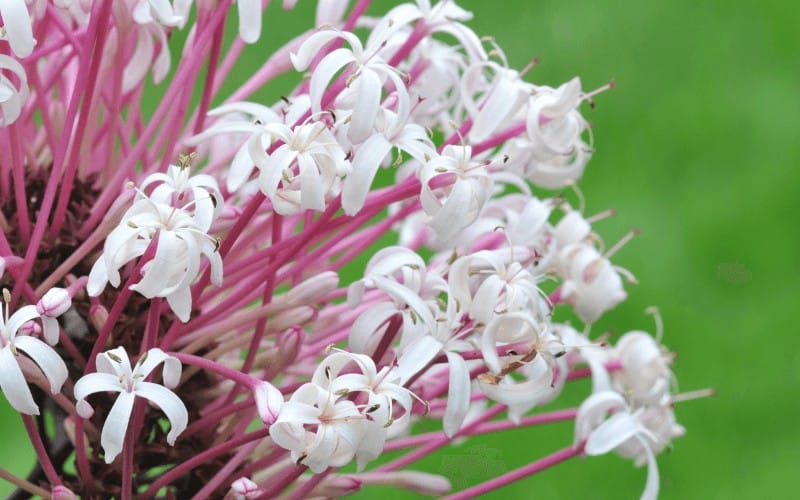 Although formerly in the family Verbenaceae, Clerodendrum is a genus of flowering plants with over 300 species in the Lamiaceae family.

Its other names include bagflower, glorybower, and bleeding-heart. The genus includes climbers, shrubs, and trees of various sizes and shapes. 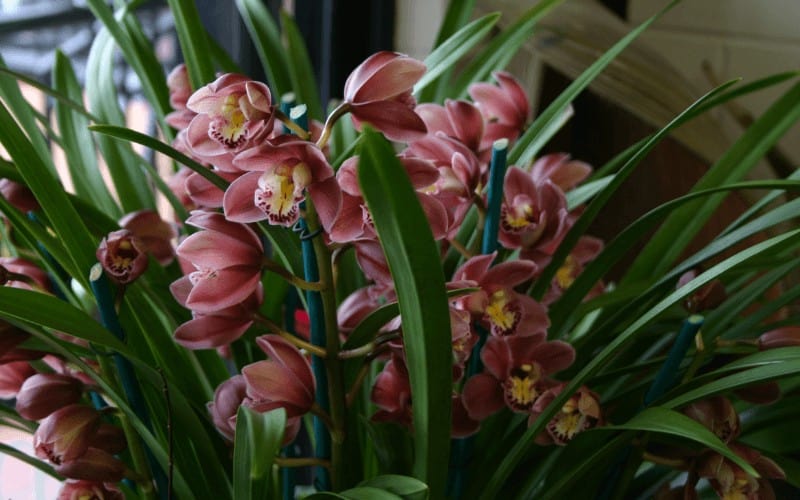 Cymbidium, a.k.a. Boat Orchids, is a genus of 50 species of evergreen flowering plants in the orchid family, Orchidaceae.

It is native to southeast Asia and North Australia. Some orchids in this genus include lithophytic, epiphytic, and terrestrial saprophytic herbs.

The species typically have long stems and produce waxy-looking flowers. They are perennials and grow on rocks. 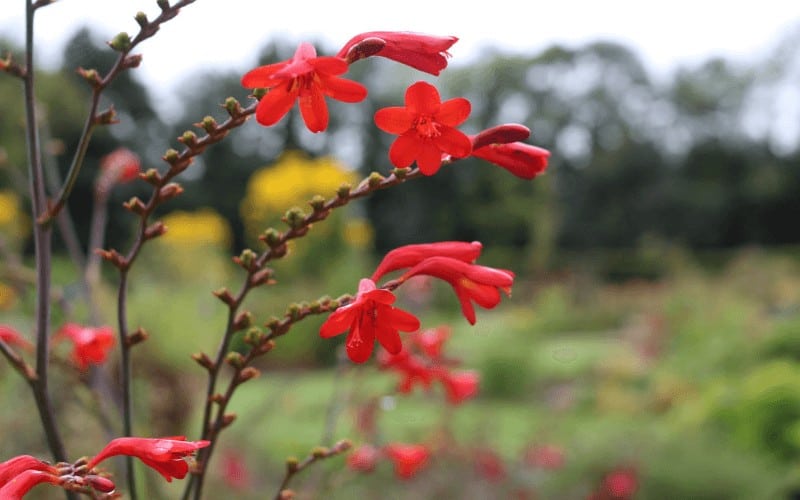 The Crocosmia species are native to Africa. There are about 10 know species of Crocosmia in the Iridaceae family.

They bloom from July to October - and their beautiful colors draw much attention. Another name for this plant is Montbretia, and it is mostly seen in Madagascar. 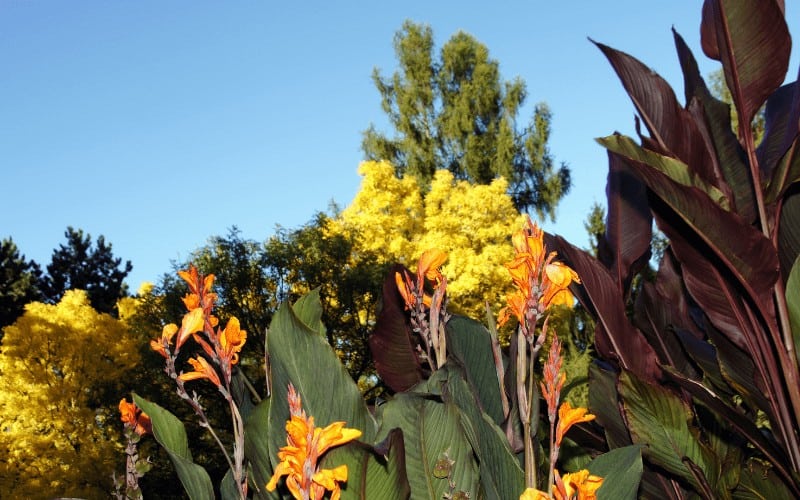 Canna Indica, a.k.a. Canna Lily - other names include African arrowroot, Indian shot, purple arrowroot - is a flowering plant species in the Cannaceae family, native to the Americas (South and Central), the West Indies, and Mexico.

This species joins with nine other species to make up the Canna genus. 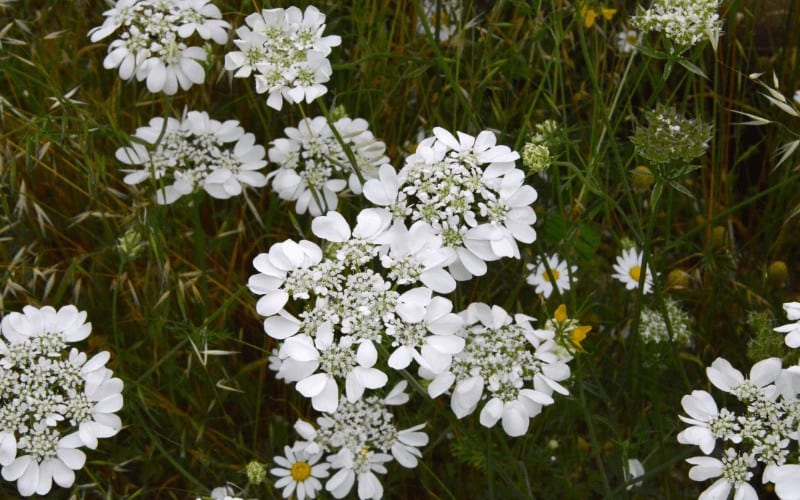 Candytuft - with the scientific name, Iberis sempervirens - is a diversified genus of ground-hugging perennials, annuals, and subshrubs typically used as pathway edging.

It blooms in April or May; producing full and showy white or pink blooms. The plant belongs to the family Brassicaceae, and it is native to Old World. 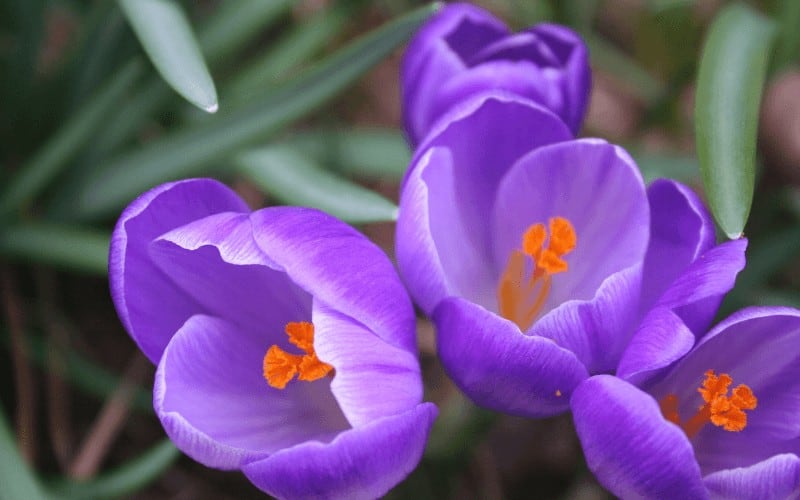 This is a genus plant with over 90 species of perennials in the Iridaceae family. It is endemic to the Alps, N. Africa, Asia, and Mediterranean Europe.

Crocus has most of its species abundant in the wild, in rocky mountains, alpine meadows, woodlands, and scrublands. The species produce cup-shaped, different color flowers composed of six petals. 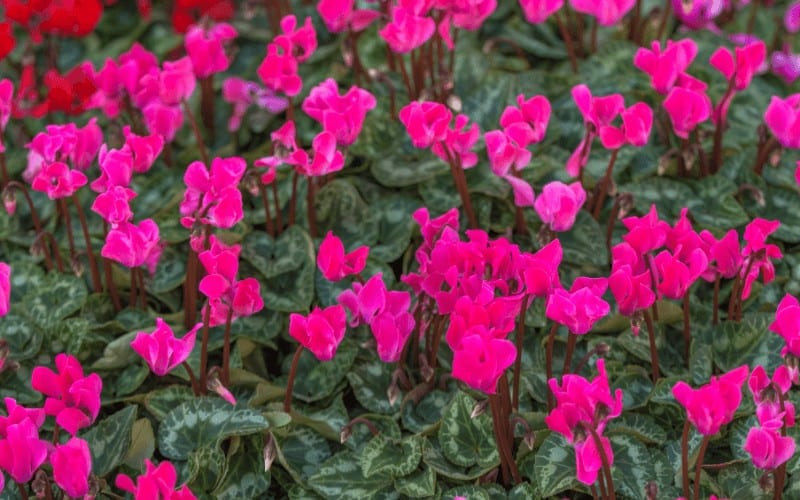 Cyclamen is a genus of 23 species of perennials in the family Primulaceae. Its species are endemic to Europe and the Mediterranean Basin east to Iran.

The species produce attractive heart-shaped flowers, usually composed of five petals. One species of Cyclamen is native to Somalia.

Virtually all species of Cyclamen grow from tubers and produce flowers with upswept petals. 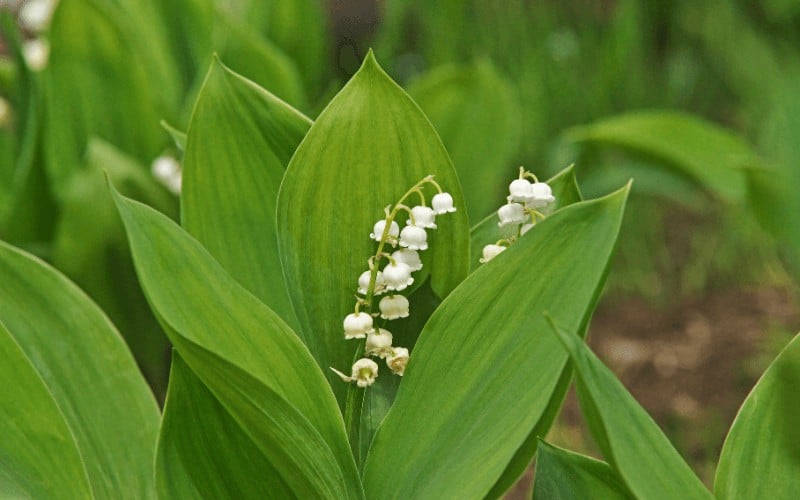 Convallaria is a small genus of 3 species of flowering plants in the family Asparagaceae, native to temperate regions. 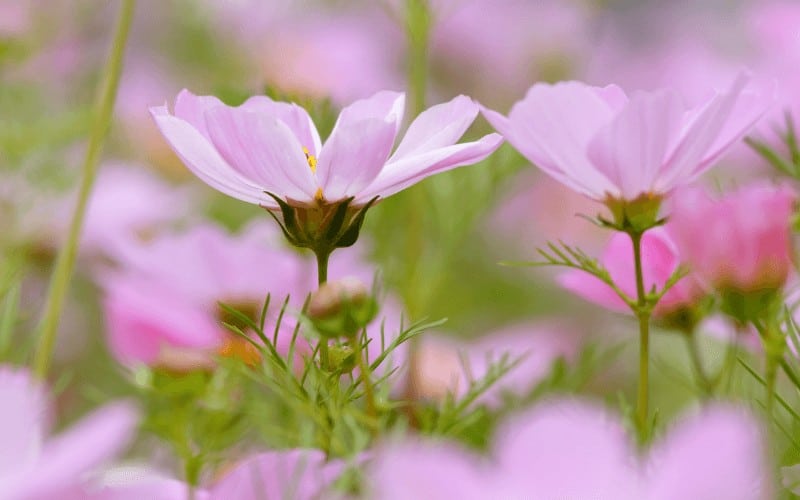 The species are native to tropical America, and they produce vibrant daisy-like flowers with green leaves of different shapes.

This plant species can grow from 18 to 60 inches in height. 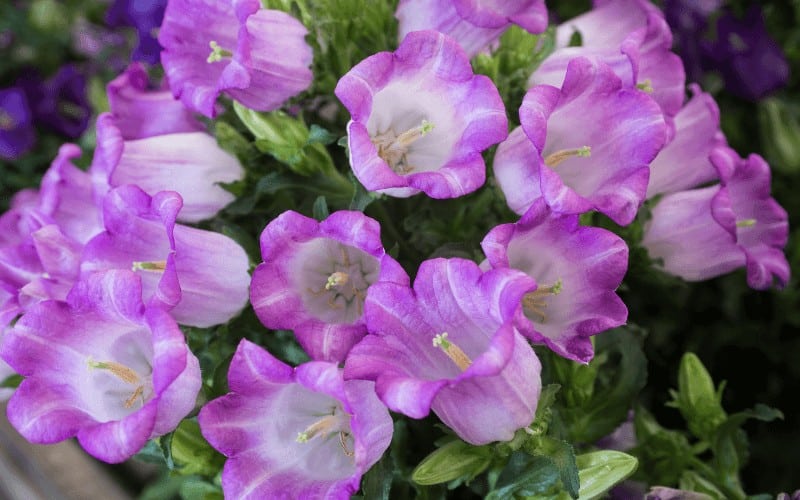 Campanula is a genus of over 500 species of diversified flowering plants, including annuals, perennials, and biennials. It belongs to the family Campanulaceae, and endemic to temperate regions.

The species grow to produce bell-shaped flowers with overlapping petals. Species from this genus love sun and they grow into different varieties. 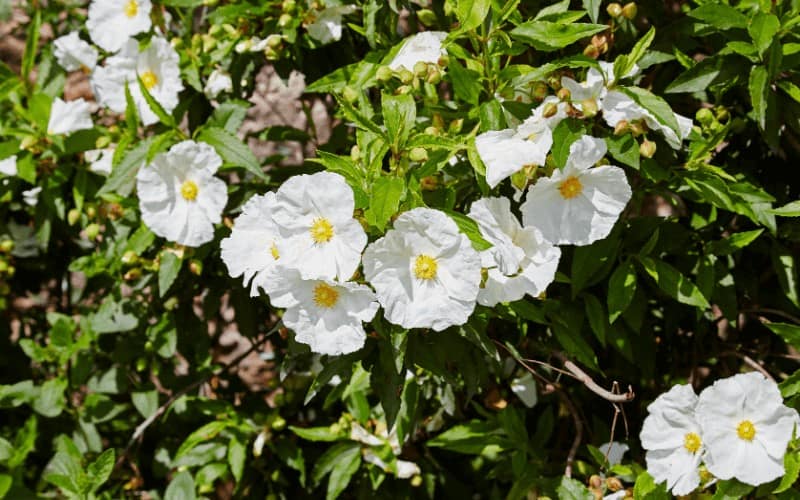 Cistus, a.k.a Rock Rose, is a genus of 50 species of shrubs in the Cistaceae family. It is mostly found in the Mediterranean region.

The species produce simple, bowl-shaped flowers with five petals - they bloom in shades of white, pink, and purple.

Typically, Cistus are found on dry or rocky soils in the Mediterranean region. 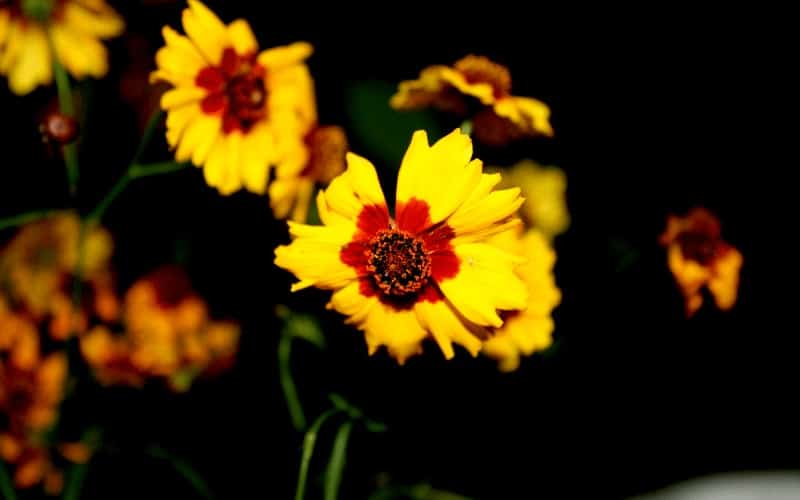 Commonly called Tickseed, Coreopsis is a genus of flowering plants in the Asteraceae family. It has over 100 species and is usually found in prairies and woodlands of the Americas.

Coreopsis species produce vibrant, daisy-like flowers that bloom in summer and fall. They are ideal for beds and easy to maintain. 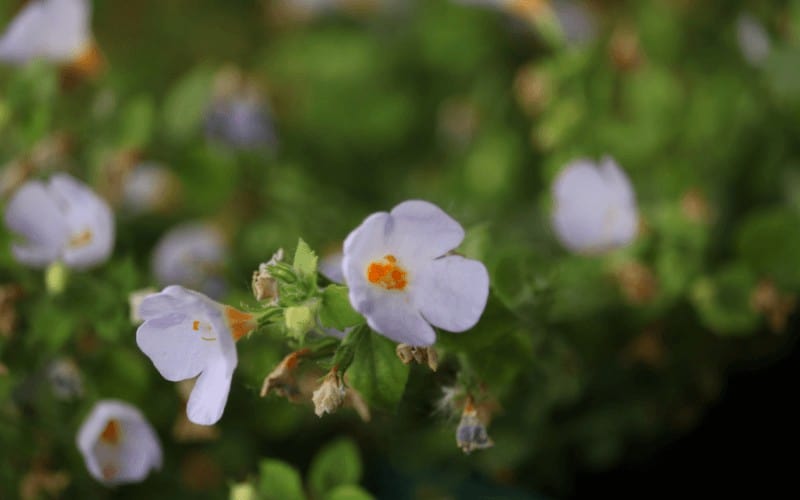 Crane's-bill is a genus of 422 species of diversified flowering plants, including annuals, biennials, and perennials. The scientific name is Geranium, and it is called cranesbills by most people.

This plant’s species are found in the mountain of the tropics, and in temperate regions globally. They look beautiful and grow very tall.

If you love flowers like we do, then you should really check out any of these flowers that start with c and see which of them will fit into your garden.

The good thing is that most of them are easy to care for and can thrive in any condition.