Looking out for flowers that start with D? Well, there are lots of them out there. These flowers can serve many purposes - either they are planted as ornamental plants to beautify an environment/garden, or they can be used for banquet purposes.

Generally, flowers can also be used as gift presents to loved ones, and here’s a comprehensive list of flowers, which names start with the letter “D.”

Flowers That Start With D 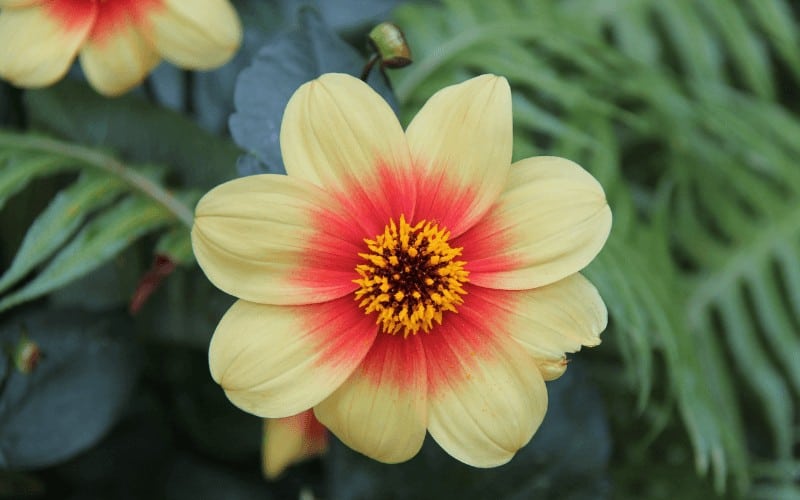 Dahlia is a genus of bushy, tuberous, herbaceous perennial flowering plants in the Asteraceae family. This genus is endemic to Central and South America.

It also belongs to the Compositae family of dicotyledonous plants. There are about 42 species of this plant, and they appear in different shapes and colors.

Its relative species include daisy, sunflower, zinnia, and chrysanthemum. 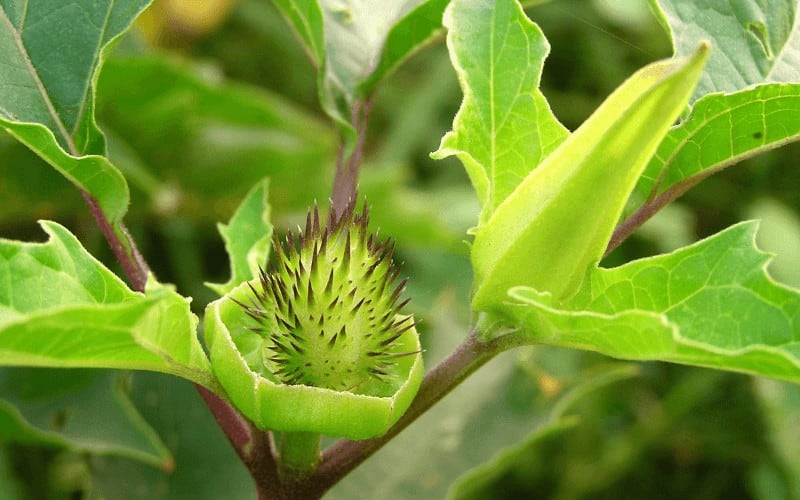 Native to N. America, Datura is a genus of 10 species of vespertine flowering plants in the family Solanaceae. Its species are very poisonous, which got the genus a nickname, “Devil’s Trumpets.”

Other common names for this genus include thornapples, jimsonweeds, moonflower, and hell's bells. Datura species can be either annuals or short-lived perennials. 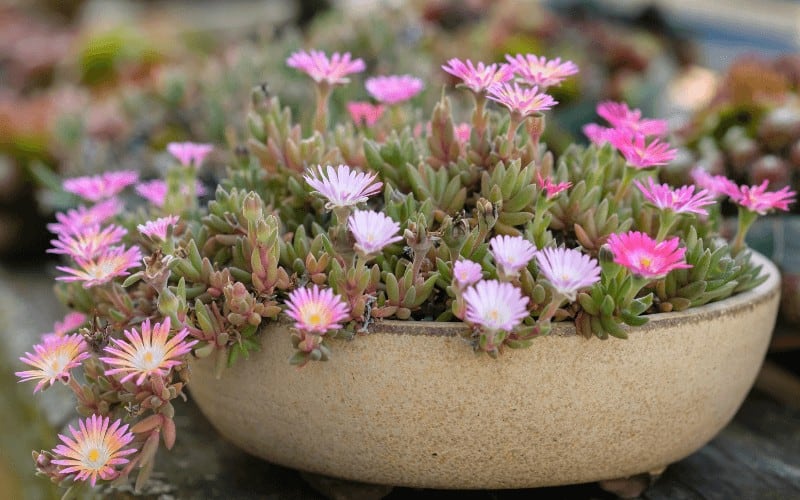 Delosperma, a.k.a. Ice Plant, is a genus of 150 species belonging to the family Aizoaceae. It is endemic to southern and eastern Africa.

The species of this genus are characterized by their attractive foliage and colorful, daisy-like flowers. They are also "ground covers" - a great ideal for rock gardens and retaining walls.

Just like other genera in the Aizoaceae family, Delosperma species have hygrochastic capsules, which open and close as they wet and dry. 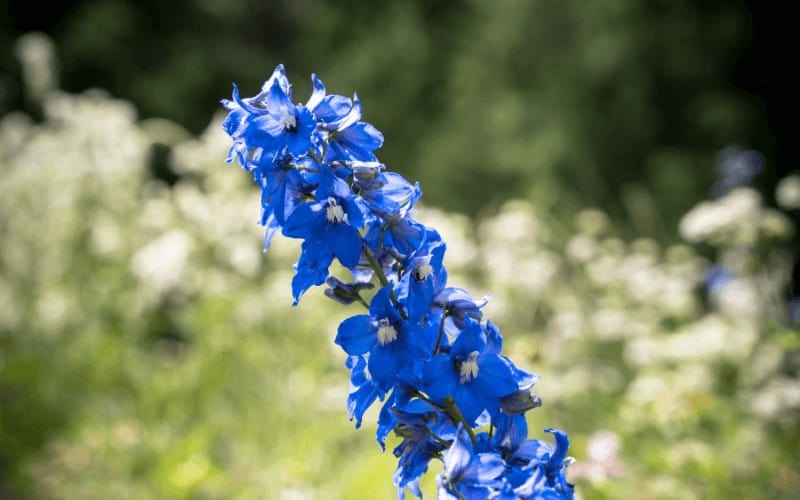 With over 300 species in the Ranunculaceae family, Delphinium (also called Larkspur) is one of the highest diversified genera in the family.

It is a genus of diverse perennial flowering plants, native to the Northern Hemisphere, and also found in tropical Africa high mountains. All species of this genus are poisonous to humans and livestock. 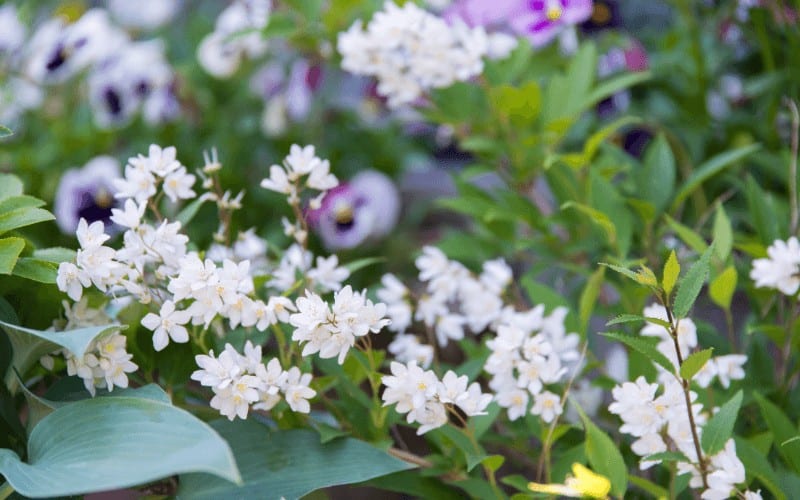 Deutzia is a genus of over 60 species of flowering plants in the Hydrangeaceae family. It is commonly found in eastern % central Asia, Central America, and Europe.

It is considered the highest species diversity in China; about 50 species of Deutzia are found in China. The species grow from 1–4m tall. 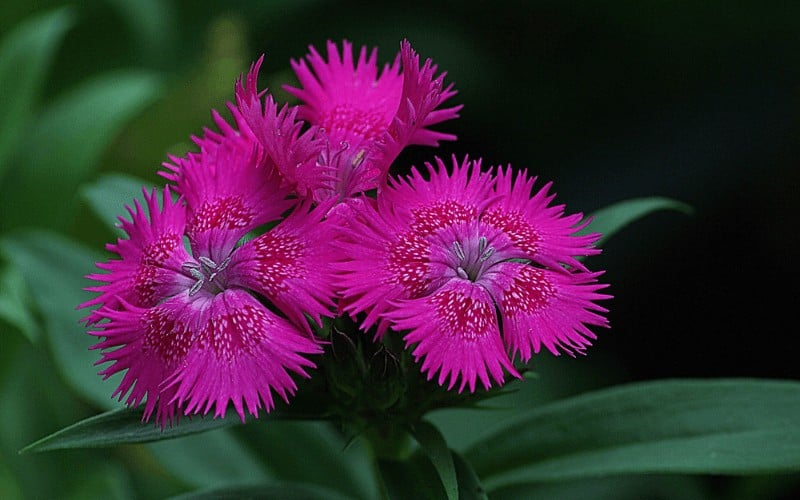 Mostly found in Asia and Europe, Dianthus (also called Carnation) is a genus of 300 species of flowering plants (annuals, perennials, and subshrubs) in the Caryophyllaceae family.

They are best used for bouquets and gardens, thanks to their beauty and long-lasting freshness. 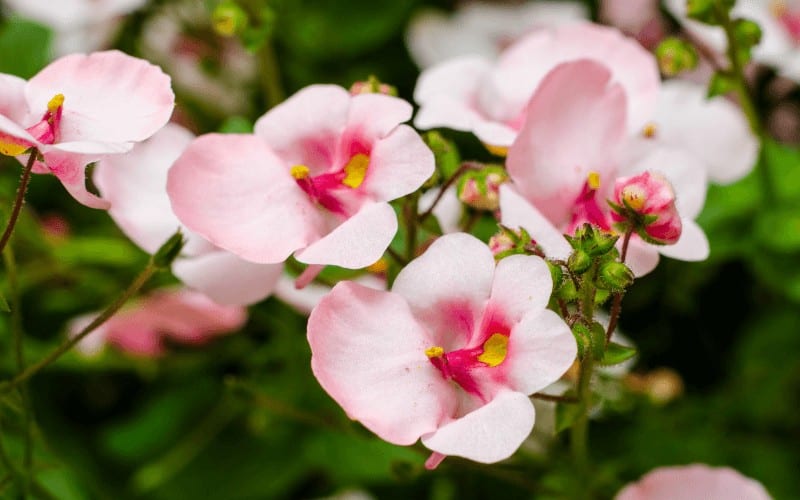 Diascia, a.k.a. Twinspur, is a genus of about 70 species of herbaceous annuals and perennials belonging to the family Scrophulariaceae.

This genus is commonly used as ornamental plants worldwide. 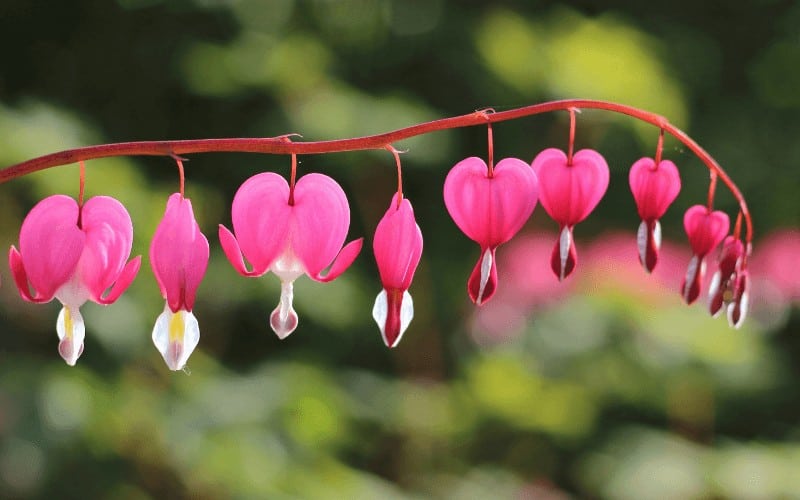 Dicentra is a genus of 10 species of herbaceous plants in family Papaveraceae family. It is native to North America and Asia, and is commonly called "Bleeding Heart."

The unique characteristic of the Dicentra species is the shape of the flowers they produce.

The plant produces unique heart-shaped flowers that hang down in rows from arching stems, and you can see a little “drop of blood” dangles at the bottom of the flowers. This genus’ species bloom in spring and early summer. 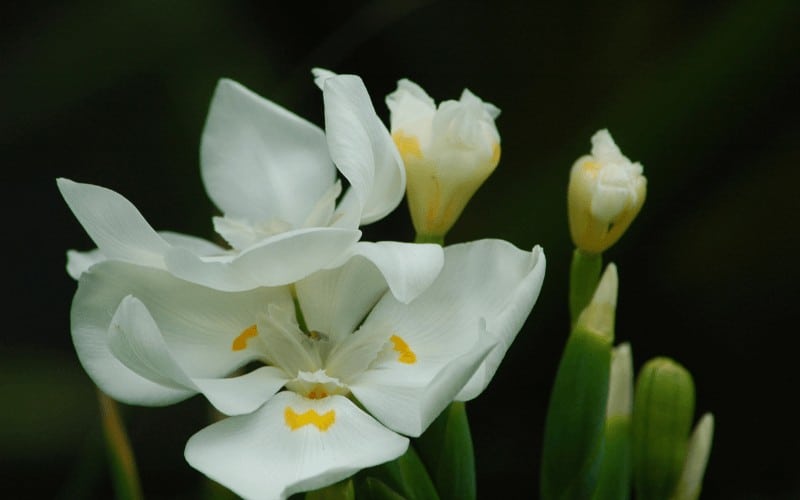 Having just 6 species in the Iridaceae family, Dietes is a genus of rhizomatous plants found in southern and central Africa.

However, one of its species, Dietes robinsoniana, is native to Lord Howe Island, off the coast of Australia. Dietes species produce thin, sword-like leaves and large iris-like flowers on tall lean stems. 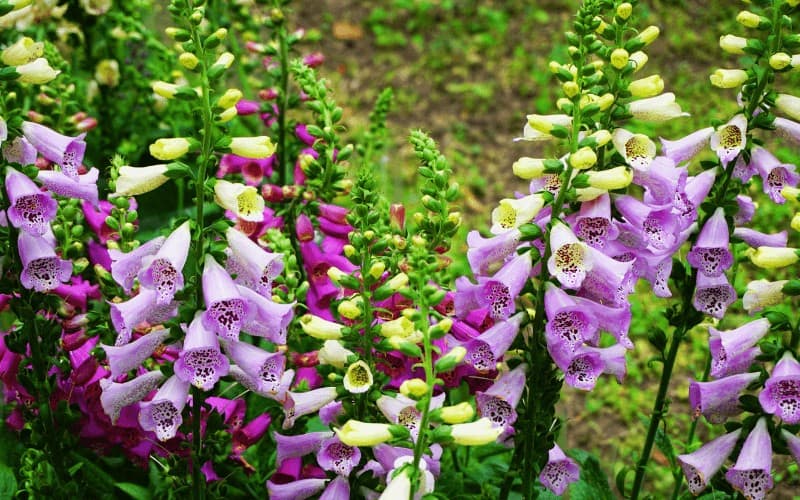 Digitalis, popularly called foxgloves, is a genus of 25 species of perennials, shrubs, and biennials in the family Plantaginaceae.

This genus is native to western Asia, Europe, and northwestern Africa. Foxglove species can grow up to 6 feet tall, depending on the variety. They are very attractive and possess medicinal properties. 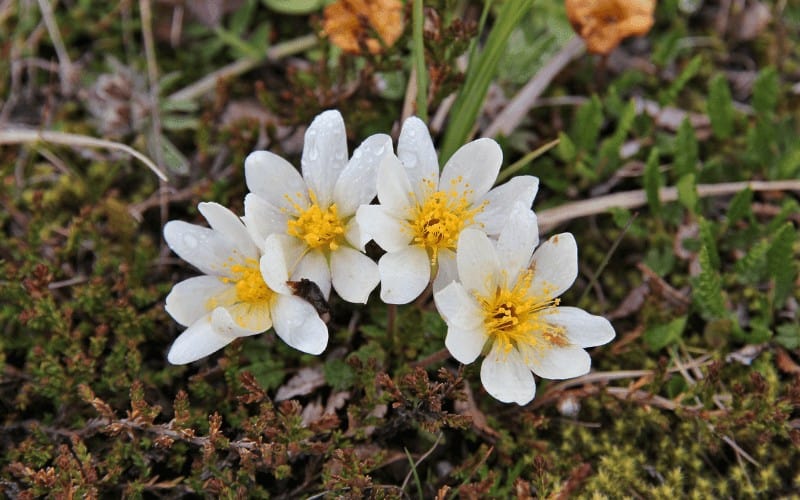 Another common name for this genus is Mountain Avens, and it is native to the alpine and arctic areas of Asia, North America, and Europe. But Dryas can be grown in any part of the world. 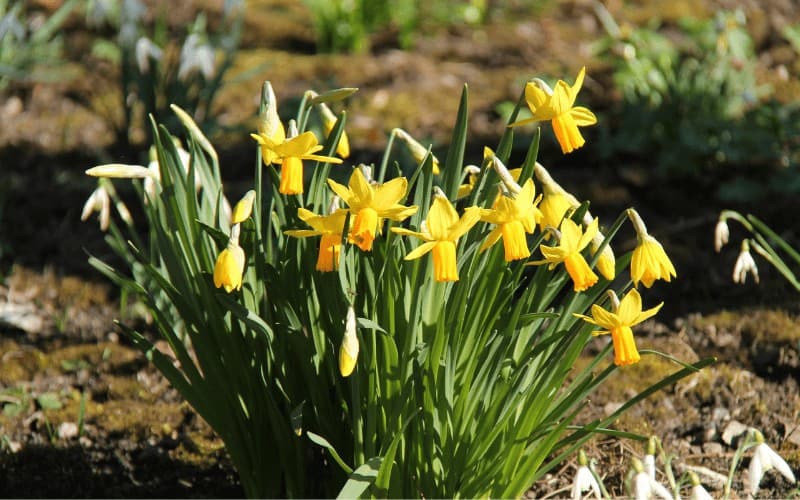 Narcissus, commonly called Daffodil, is a genus of perennials belonging to the amaryllis family, Amaryllidaceae.

Other names of this genus are narcissus and jonquil, which are used to identify all or some species of the genus. This genus species start blooming in late winter and early spring.

The species have a thick skin that protects the bulb, and thus, produces leaf and flower buds to shield against harsh elements. 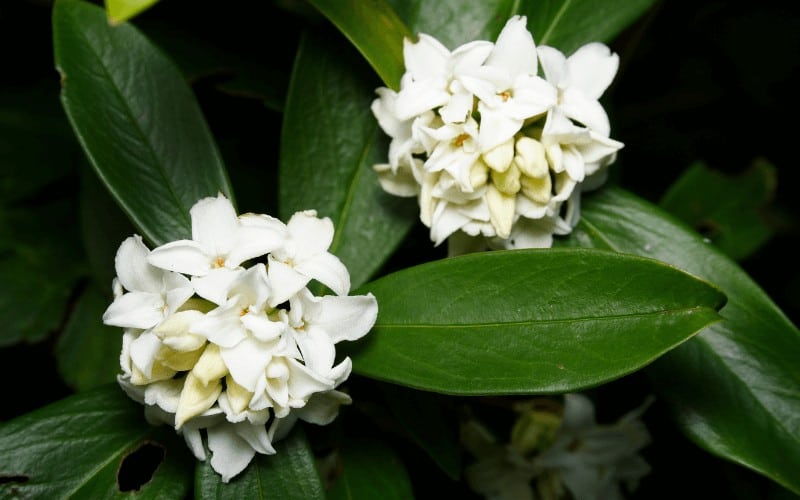 Daphne - with the scientific name Thymelaeaceae- is a genus of about 90 species of evergreen shrubs, endemic to Asia, N. Africa, and Europe.

This genus belongs to the Thymelaeaceae family. The species of this genus are marked for their scented flowers and typical vibrant berries.

Two species of this genus are used in making papers. 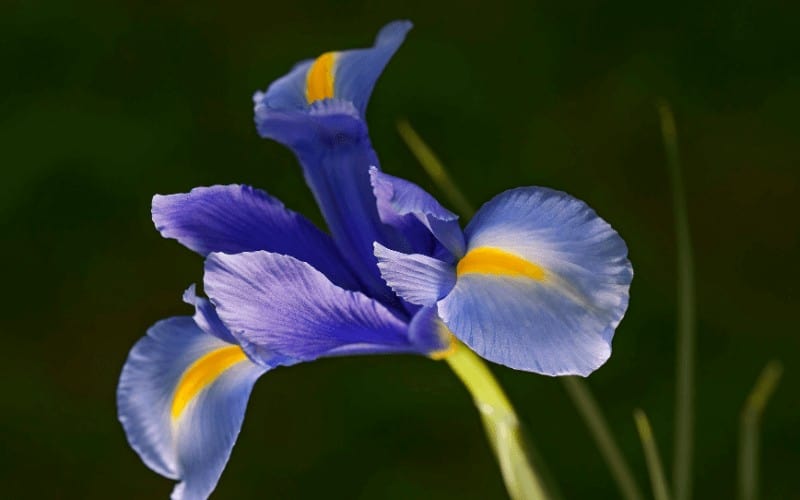 Two species of Iris xiphium from Spain and Portugal were crossed with Iris tingitana to produce this hybrid flower.

It is quite beautiful and happens to be among the most favorite flowers of florists and home gardeners. This hybrid was created in the 19th century, by a Dutch bulb firm, Van Tubergen. 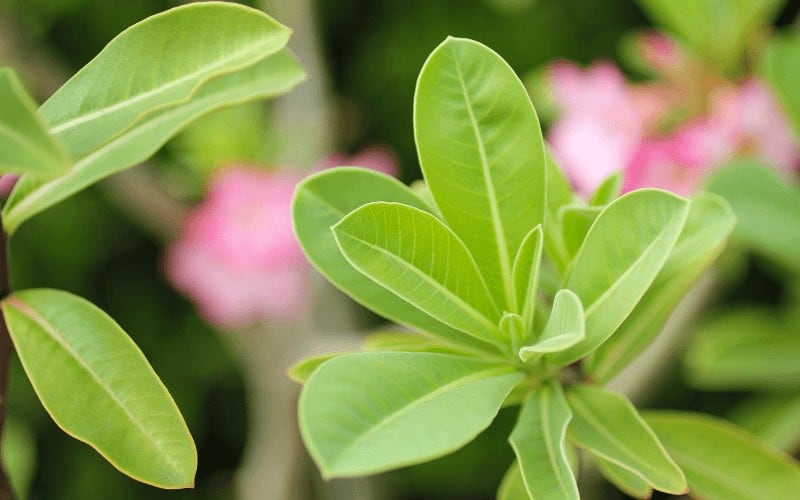 Adenium obesum (Desert Rose) is a poisonous species of flowering plant in the Nerieae tribe of Apocynoideae genera, of the dogbane family, Apocynaceae.

This species is endemic to the Sahel regions, south Sahara, and tropical/subtropical Africa, and Arabia. Desert Rose grows slowly, growing less than 12 inches per year. 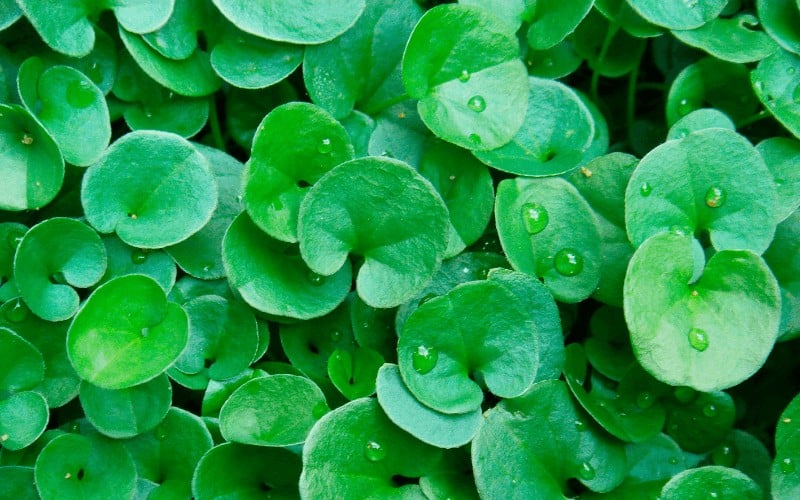 Dichondra is a small genus of prostrate, perennial, herbaceous plants in the morning glory family, Convolvulaceae.

The genus comprises 6 species, and they typically have creeping stems. Flowers produced by Dichondra species are either whitish, greenish, or yellowish - growing up to 2–3 mm diameter.

As you can see, all the flowers that start with d listed here are beautiful and can boost the curb appeal of your home and garden.

Do let us know if you like any of them or if there's any specific flower that begins with the letter D that you love but we didn't mention it here.

Apparently, there are still lots of plants and flowers that begin with d that we didn't mention, but we will continue to update the post as time goes on.