Cuttings are methods of propagating plants to reproduce and multiplicate these fruit trees as replicates of the parent plants. It is not all fruit trees that grow from cuttings; some do well from cuttings, whereas some do not grow roots; they talk less of growing into trees and bearing fruits.

In this article, we have painstakingly researched through and through to bring you a 9 list of fruit trees that grow from cuttings.

We shall be discussing each of them in detail below. If you are interested in learning about them and how you can grow them yourself in your garden, you should keep reading this article.

Asexual propagation involves taking one or more vegetative parts of trees and causing them to replicate into a new or more plant or plants.

Some of the advantages of cuttings as a method of asexual reproduction include the following:

Now that you know what cutting stands for, here's an in-depth list of fruit trees that grow from cuttings: 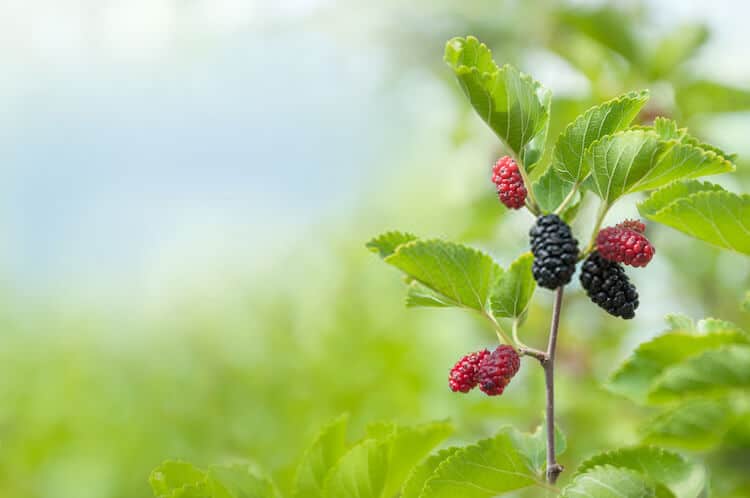 Blackberries are one of the fruit trees that can grow from cuttings. Blackberries are known to have a perennial root system with biennial canes; that is, blackberry canes live for two years.

During the first year of the blackberry tree’s life, the canes are known as primocanes, and, at that stage, they do not produce flowers.

Then in the second year, the canes are known as floricanes and, they produce flowers in the springtime, bear fruits in the summer and, die thereafter.

At the time each year, this cycle re-occurs, with the primocanes growing at the same as when the floricanes are fruiting.

Blackberries are not to be grown very close to other landscape beds because their roots send out very invasive new shoots and suckers. 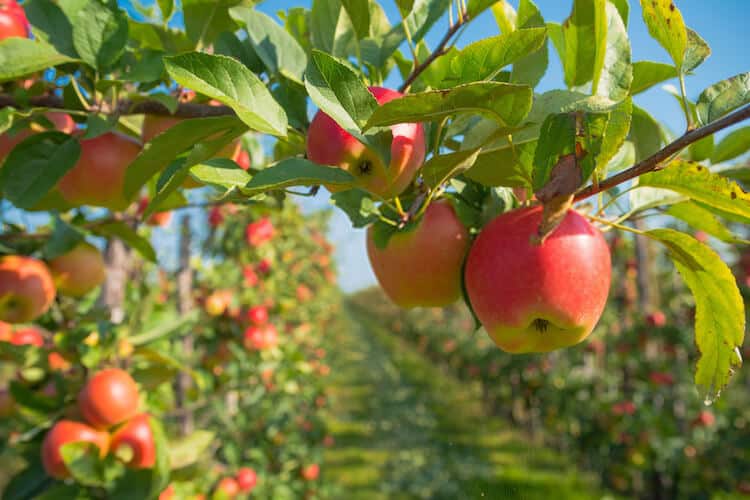 Apples can grow as tall as 10 – 30 feet and as wide as 10 – 30 feet. They are often referred to as moderately fast-growing plants but slow down as it ages. Apple fruit trees live as long as a hundred years and even more.

Apple fruit trees usually bloom in the springtime, set their fruits, and then take about 100 – 200 days to get to maturity and get harvested depending on the specie being grown.

Apples are harvested twice a year; during the summer and later on during autumn. Some apples are good for eating while fresh, while others are good for cooking and preserving. When it comes to taste, some apples taste better than others, and some are sweet while some are tart.

Fig is an entirely edible fruit that its tree can grow from cuttings. As a soft fruit, a fig has a thin skin that could be purple or green with typically red flesh. It is a deciduous fruit tree that grows as tall as 23 - 33 feet. Its leaves are 4.7 – 9.8 inches long and 3.9 – 7.1 inches wide and are flagrant

Fig, Ficus carica is Asian specie of flowering plant in the family of mulberry, also known as the common fig. Fig is native to Western Asian and the Middle East and is cultivated for its fruits and as an ornamental plant.

Figs are usually in season from August down to early October. 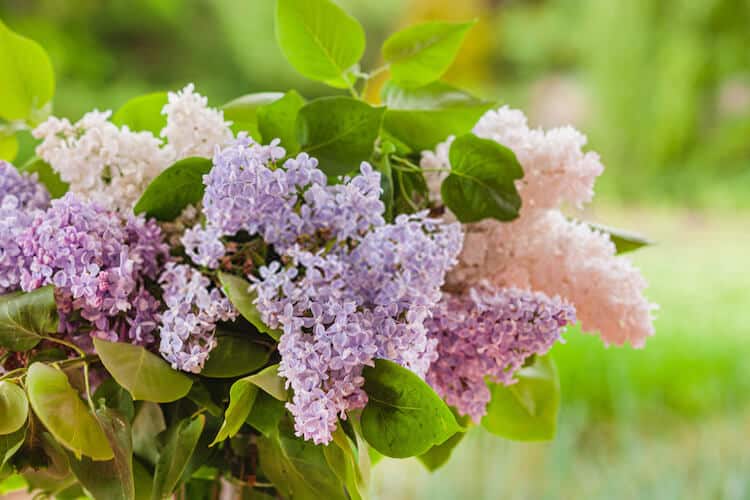 Lilac, Syringa vulgaris is a species of flowering plants that belongs to the olive family ‘Oleaceae.’ Lilac is a type of fruit tree that grows from cuttings. It originates from the rocky hills of the Balkan Peninsula.

Lilac is grown for its scented purple flowers that bloom in late spring. It is an ornamental plant that is grown in homes and parks for its attractive and sweet-smelling flowers.

However, not all types of Lilac flowers have a sweet smell. If you are interested in growing Lilacs for their scent, it is recommended that you grow common lilac bushes.

Lilac bushes thrive in full sun, although they tolerate a little shade they require full sun to bloom best. They do not do well at all under full shade. The best soil for growing Lilacs is a rich, well-drained, loamy soil whose pH is neutral.

They can tolerate clay soil but not will do as well as in rich loamy soil. Overwatering the soil leads to lilacs blooming poorly. For moisture retention, place mulches at the base of the plant.

The best time to plant Lilacs is either in spring or fall. However, a lot of gardeners prefer spring. Lilacs are prone to attacks from snails and slugs.

Its most common disease is powdery mildew. Powdery mildew appears on Lilacs after a summer of hot, humid weather. It causes no critical harm to lilacs, except for making the plant look unsightly. 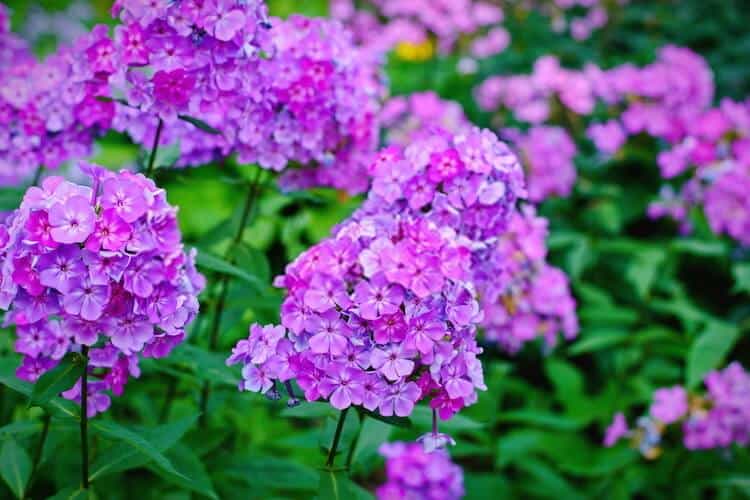 Phlox goes by the botanical name ‘Phlox paniculate’ and can grow from cuttings. Some of its common names include summer phlox, garden phlox, tall phlox, and border phlox.

Phlox is characterized by a dense cluster of dainty five-petaled flowers. Its flowers usually have a sweet fragrance. The flowers found in some cultivars of phlox are usually adorned with central eyes that have contrasting colors.

Most phlox have green leaves, but there are some that have variegated foliages bounded by yellow or white margins. Phlox grows as tall as 1 – 5 feet, depending on the cultivar grown.

Phlox grows very under direct sunlight, although some native the native woodland would tolerate some shade. Phlox requires a soil that is rich in compost and other organic matters, well-drained, moist, and fertile. Its soil’s pH should be slightly alkaline.

Learn also  Why is My Columbine Plant Dying? (6 Possible Causes!)

Phlox typically blooms from July through September. Some cultivars bloom later or earlier than this time. 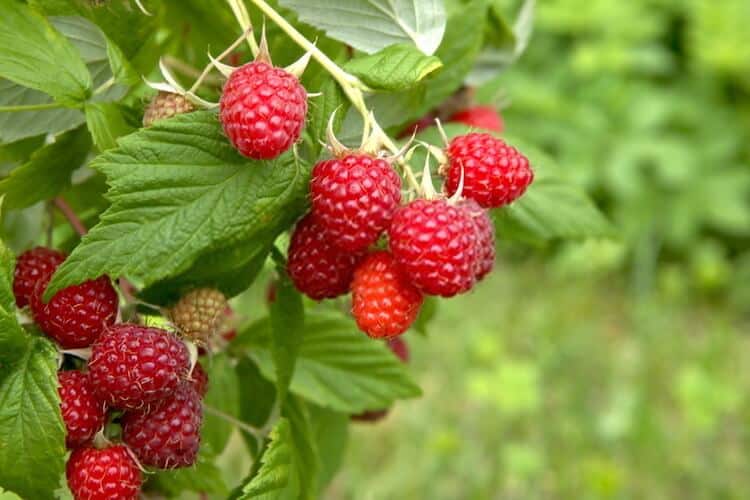 Raspberry is an edible fruit that belongs to the genus Rubus of the Rose family. It can grow from cuttings. Raspberry trees are perennial with woody stems but have biennial shoots.

Raspberries are traditionally planted as dormant canes in winter. They grow vigorously and are very invasive if left unchecked.

They are propagated by cuttings, and the cuttings grow roots immediately when grown in moist, rich soil. They are also self-pollinating. Raspberries thrive under full sunlight and in a wide range of soil.

The September everbearing raspberry bears harvestable fruits in June and then bears more fruits in large quantities in September. 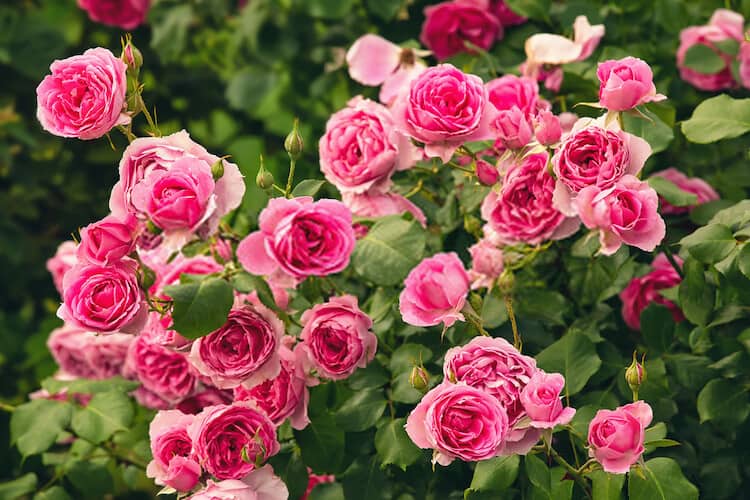 A rose is a woody perennial plant that can grow from cuttings. Rose belongs to the genus Rosa in the family of Rosaceae.

Roses could be erect shrubs, trailing or climbing, with its stems armed with sharp thorns. Rose flowers are usually big and vary in different shades of bright and beautiful colors that range from red, white, and yellow.

A majority of roses originate from Asia, while a handful originates from North America, Europe, and Northwestern Africa. Rose trees are grown for their beauty and fragrance.

Roses are grown as dormant canes, which some people often mistake for being dead, whereas they are just dormant. These dormant canes are best grown in late winter and early spring. However, growing a container rose, that is, a grown rose. It is best you grow in late spring and early summer.

Roses are usually attacked by fungi. Some of its common diseases are white powdery mildew, rust, and black spot fungus. Aphids are rose’s most common insect pests.

A majority of rose species are used in perfumes, while the ruga rose produces edible rose parts that are rich in Vitamin C and used as a preservative. 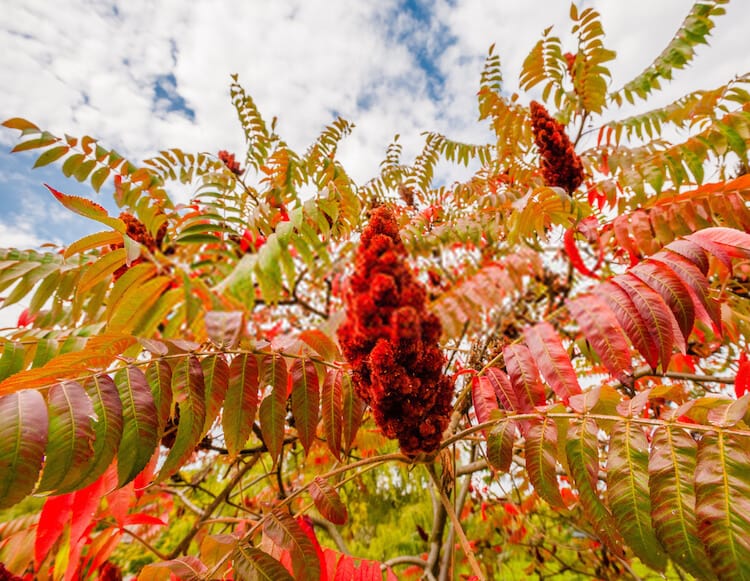 Sumac trees can grow from cuttings and are readily available in two species; the smooth sumac (Rhus glabra) and the staghorn sumac (Rhus typhina). The two species grow as tall as 3 – 5 meters and about the same size in width, with red fall colors for their flowers.

Sumac trees make their way into people’s landscapes because of their striking colors in the fall. Their leaves turn bright red in fall, although there are species that are yellow and orange in color, thus giving the gardeners a variety of colors.

Sumac is such a versatile tree plant that thrives in almost any type of well-drained soil. It also does well either under direct sunlight or partial shade.

However, the prairie or flame leaf sumac thrives under full direct sunlight. Sumac tolerates drought but would do better, especially in height, if it is irrigated regularly when there is no rainfall. 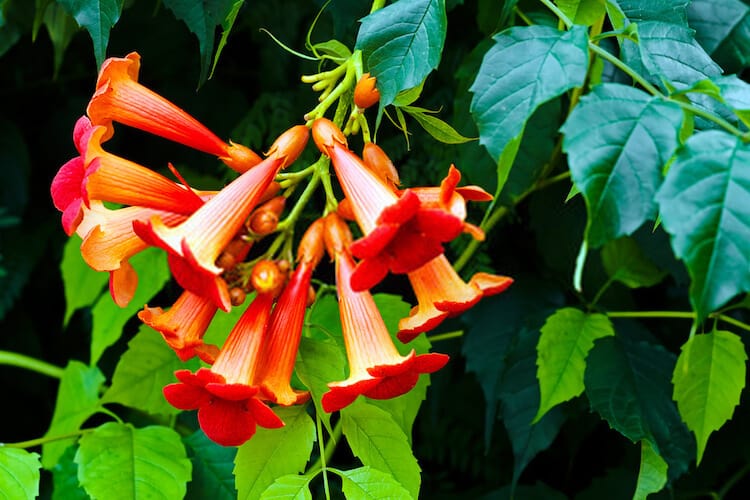 Trumpet vine grows in any kind of soil but does well in a well-drained soil that has a pH of 3.7 – 6.8, that is, acidic soil.

Trumpet vine requires no fertilizer to grow. It is such an aggressive plant. Trumpet vine thrives in hot, humid regions of southeast, and it is easier to control in a dryer climate.

Trumpet vine is toxic to some people’s skin and causes skin irritation, hence one of its common name ‘cow skin itch.’

Growing fruit trees from cuttings could be done using either of the leaf, leaf-bud, cane, stem, or roots. These plant parts are used in propagating the tree to give rise to an identical replica of the parent plant.

These fruits trees can be grown from a cutting and some other methods. It is imperative to take appropriate care of the cut part to grow roots and begin the process of healthy growth towards becoming a full-grown fruit tree.

Another important tip is to grow the cut part very shallow. Do not bury it too deep into the soil. Water immediately and apply the necessary fertilizer.

If the plant is prone to pest and disease attacks, safeguard it these attacks and create a hostile environment for insect pests and disease-carrying pathogens.  From this list of fruit trees that grow from cuttings, you can pick any of them today and give it a try.