Generally, flowers are used for beautification, but there are many other reasons why people buy and plant flowers.

Interestingly, some of the most fascinating flowers out there have their names starting with the letter "E" - talking about the popular Evening Primerose, Erica, Emilia, and many of them.

Apparently, there are lots of flowers that start with E, which I bet you do not know. However, this article will list some of these flowers and their names, so you can know about your favorite flower plants or species.

Flowers That Start With Letter E

Below are the top 17 names of flowers that start with e: 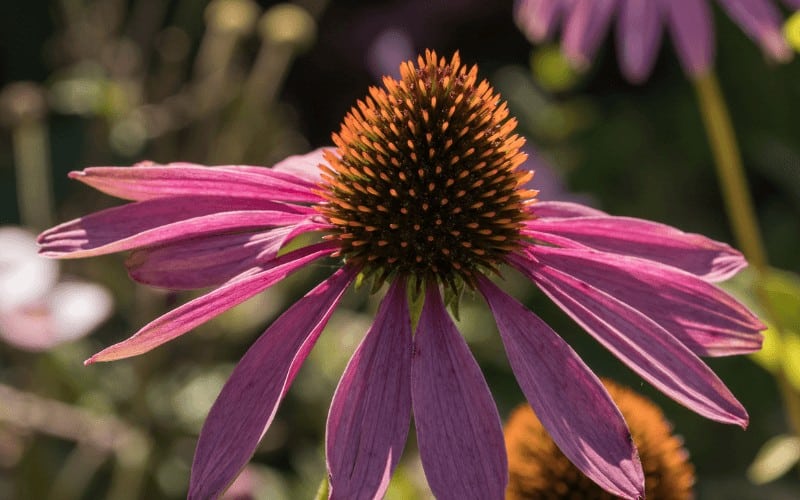 Echinacea species produce flowers of different colors, with yellow, orange, pink, and purple falling among the most common colors.

The plant Echinacea is a genus of 10 species of herbaceous flowering plants in the daisy family.

Another name for this plant is coneflowers, and the species are native to eastern and central North America. They typically grow in moist prairies. 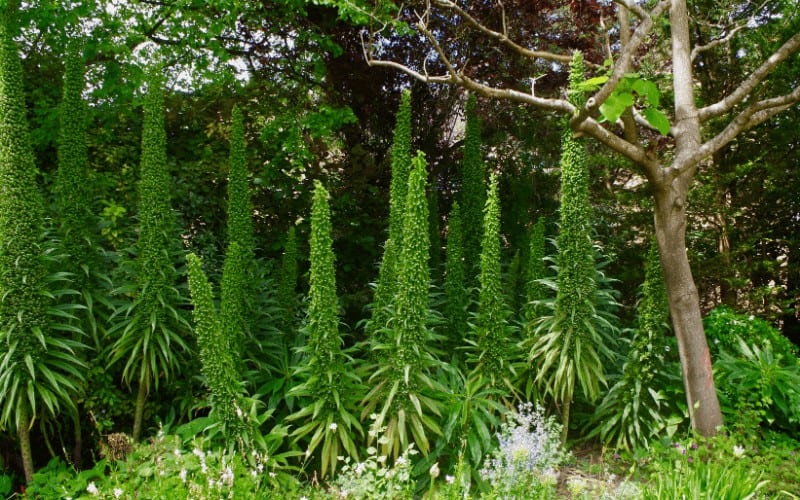 Also known as Viper's-buglosses, Echium is a genus of about 70 species and various subspecies of flowering plant in the Boraginaceae family.

Most species of Echium are native to Central Asia, North Africa, mainland Europe, and the Macaronesian islands.

Learn also  Serrano Pepper Vs Jalapeno: Which One Should You Grow?

Echiums are true sun-lovers and they are the favorite of most gardeners where they are native to. 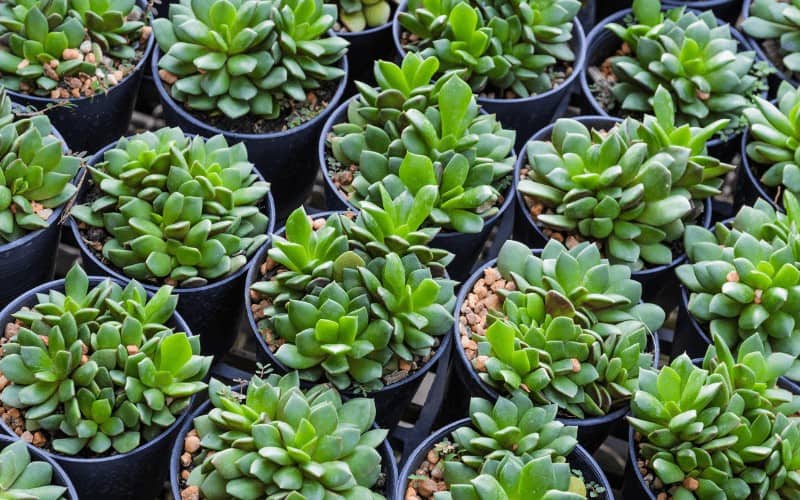 Echeveria has several species in the family Crassulaceae. It is a genus plant that is native to semi-desert areas of northwestern South America, Central America, and Mexico.

Its species grow in mountainous areas within the regions they are native to. They appear in different shapes and colors - widely known as some of the most beautiful succulents. 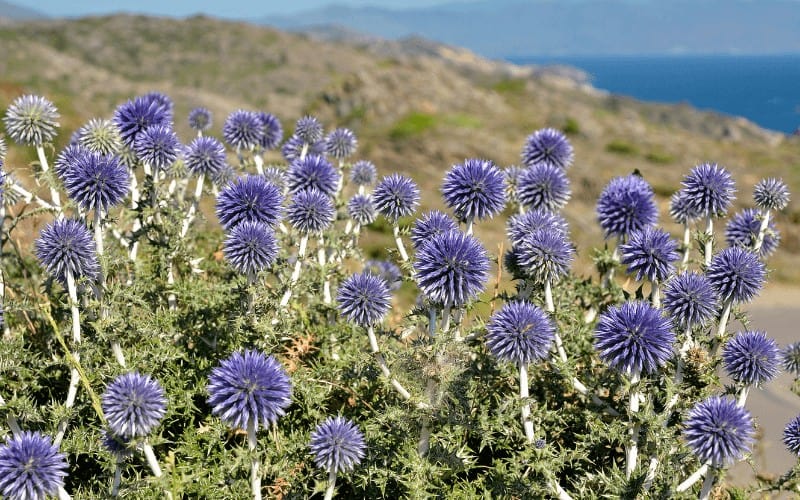 Echinops also called globe thistle is a diversified genus of about 120 species in the daisy family Asteraceae.

The species produce spiny foliage and with blue or white spherical flower heads. You will find Echinops species in the east to central Asia, Europe, and the southern area of tropical Africa. 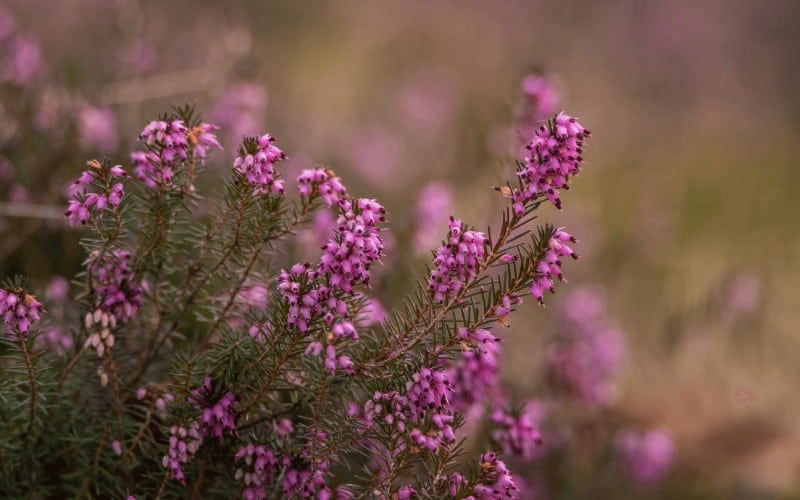 There are about 857 species of this genus plant, Erica. It belongs to the Ericaceae family and is native to mountainous areas of central, eastern, and southern Europe.

Common English names for this plant are "Heath" and "Heather," although it shares these names with some closely related genera that also look like its species. Erica is easy to grow and maintain. 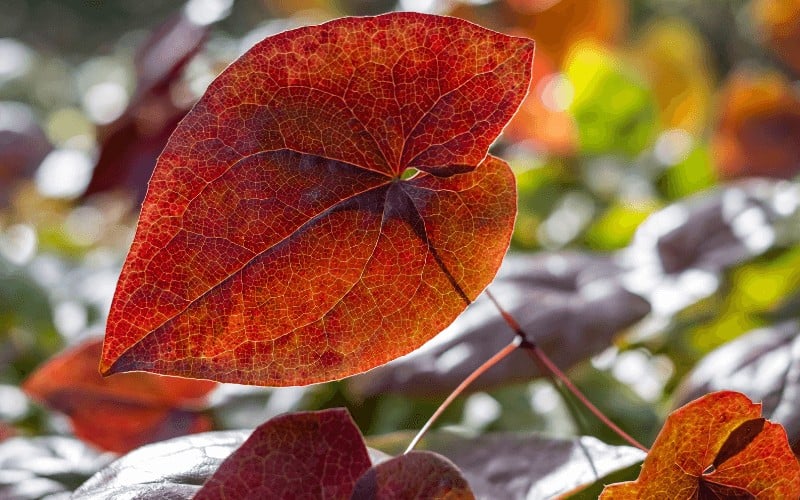 Most species of this genus are native to Asia (mainly in China), and a few others are found in the Mediterranean region. The species can grow up to 12-inch tall. 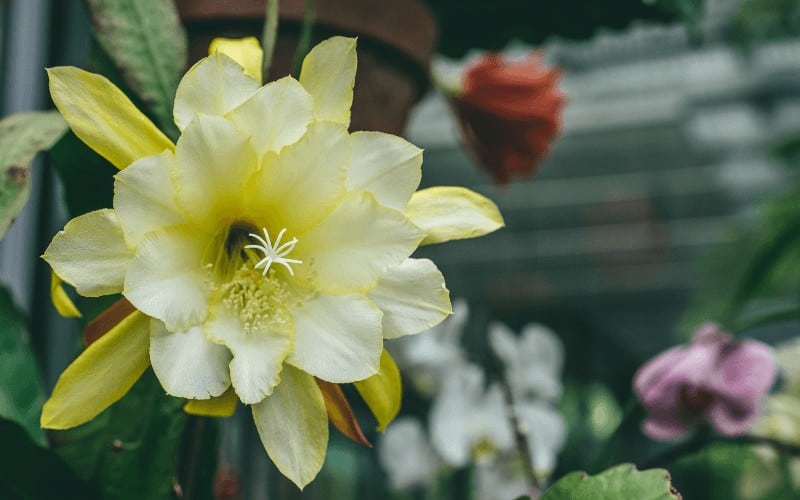 Epiphyllum, also called climbing cacti, orchid cacti, or leaf cacti is a genus of epiphytic plants in the family Cactaceae.

You will find this genus' species in Central America; they produce broad and flat stems of about 1–5 cm broad and 3–5 mm thick, with lobed edges. 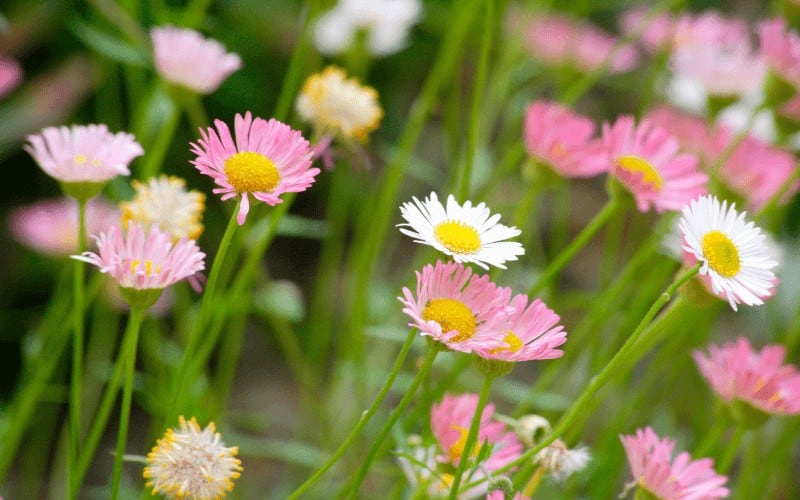 Belonging to the daisy family, Asteraceae, and also known as Fleabane, Erigeron is a diversified genus of flowering plants, closely related to the genus, Aster.

It has a cosmopolitan distribution in grasslands and dry, mountainous areas, having the highest diversity in North America. 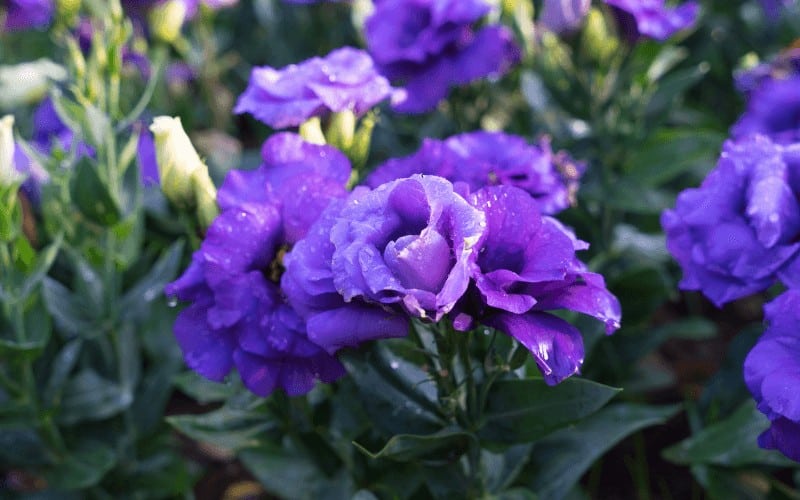 Eustoma, also known as prairie gentian or lisianthus, is a small genus of flowering plants in the gentian family.

The species are endemic to the Caribbean, southern United States, North America, and Mexico - typically found in warm regions, grasslands, and disturbed ground.

The bloom time of each stem (Eustoma has many stems per plant) - from the first bud opening to the last - is 2-4 weeks. 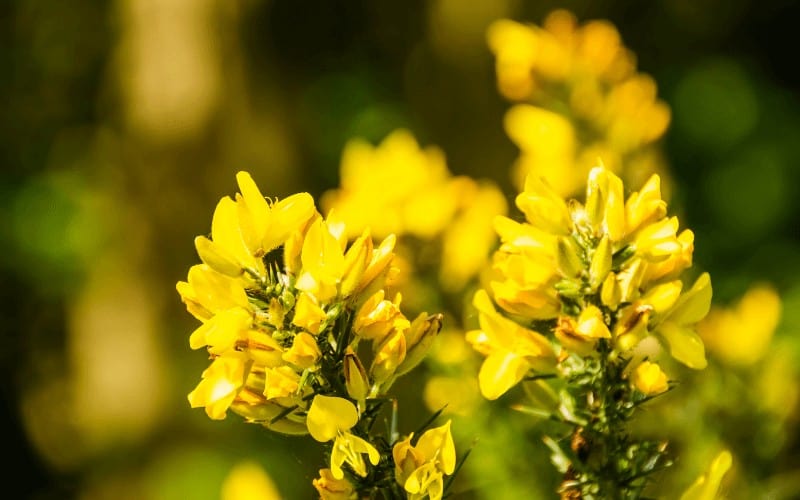 Evening primrose is a species of Oenothera genus, in the family Onagraceae. It is endemic to North and South America.

Although this species is also found in many regions in Europe and parts of Asia. It produces yellowish flowers that open at sunset and close in the daytime.

This flower's seed produces oil, which is used for medicinal purposes. 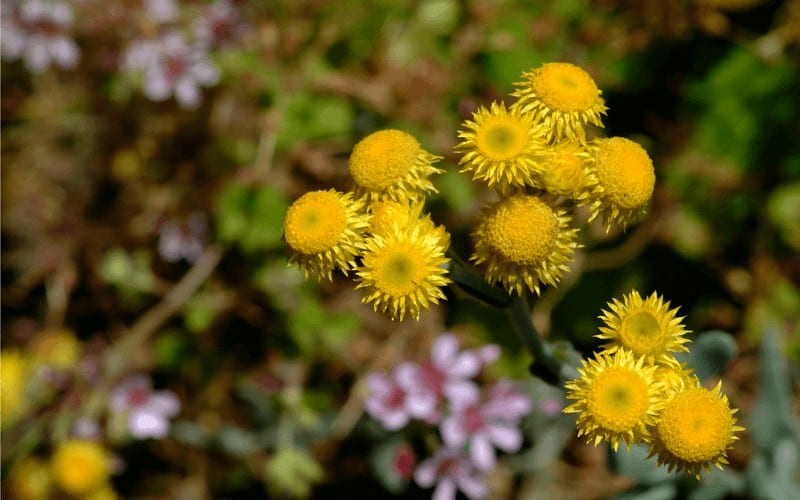 This plant species belong to the daisy family. It is the common European species of daisy, with common names such as Common Daisy, Lawn Daisy, and English Daisy.

The scientific name is Bellis perennis and it shares the name "daisy" with many related plants. Everlasting Daisy blooms in the summertime and early fall. 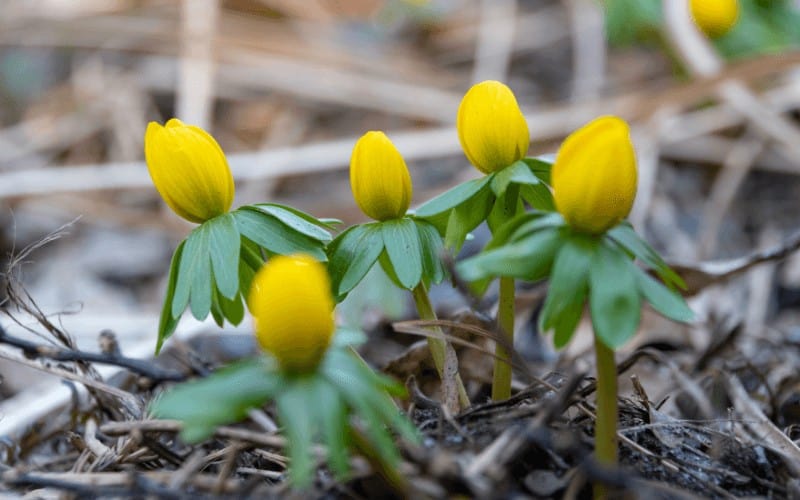 Eranthis is a genus of about 8 species of tuberous flowering plants in the buttercup family, Ranunculaceae. It is native to southern Europe and East Asia.

The genus is commonly called Winter Aconite because of its early flowering time and resemblance to the leaves of a related genus, Aconitum.

It is alleged that Eranthis species are among the most fascinating winter flowers that bloom in spring.

>> Click here to see the names of plants in alphabetical order. 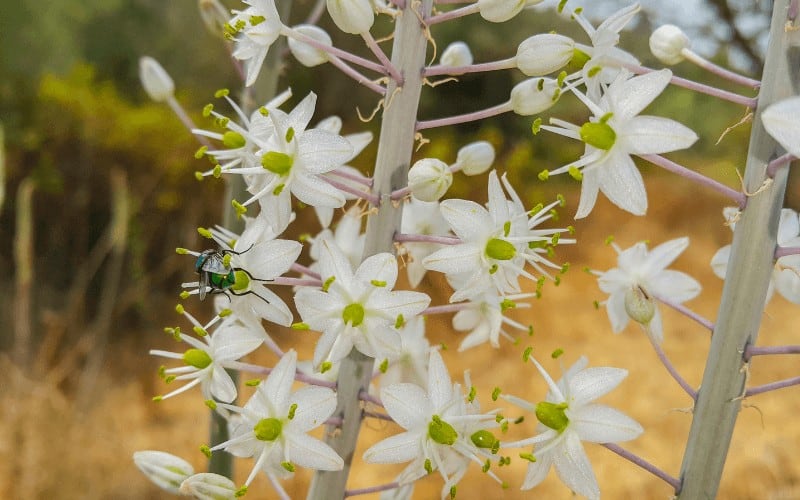 Eremurus is a genus of 50 species of deciduous perennials in the Asphodelaceae family - commonly called desert candles or foxtail lilies - native to eastern Europe and temperate regions of Asia.

The flowers look similar to long spikes or bottlebrushes. They bloom from spring to midsummer, during which they produce dense clusters of small star-shaped flowers upright. 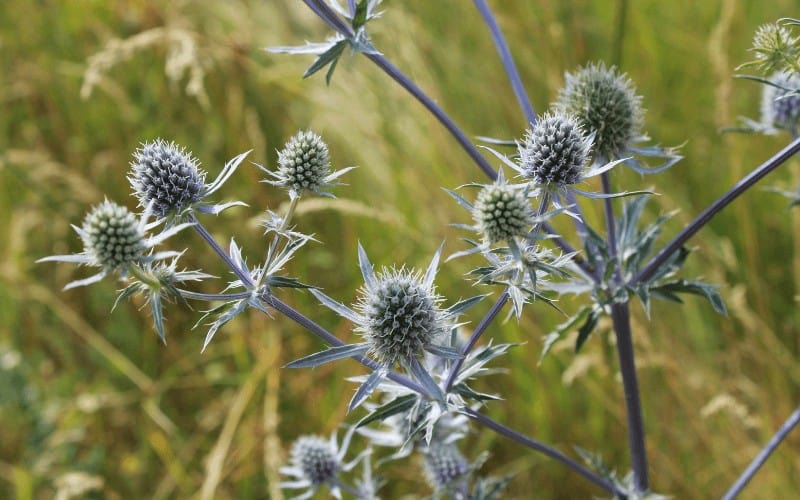 Eryngium is a genus of 250 species of flowering plants in the Apiaceae family. It has the highest species diversity in South America.

Common names for this genus include sea holly and eryngo. The species include annuals and perennials herbs that produce hairless, spiny leaves.

This genus’ species are sun-loving plants, and they bloom in summer, attracting butterflies and bees. 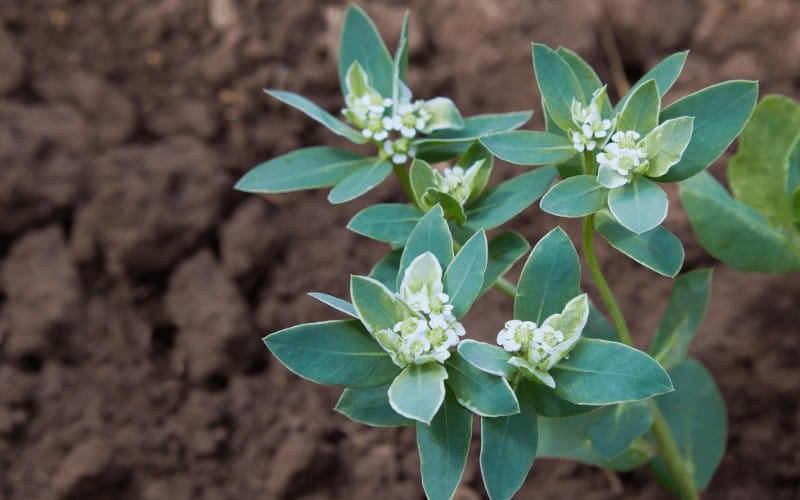 Spurges, a.k.a Euphorbia, is a highly diversified genus in the spurge family, Euphorbiaceae.

However, the name “Euphorbia” is sometimes used to collectively refer to all members of the family Euphorbiaceae.

The species of this genus are endemic to Southern Africa and Madagascar. Though some species are similar to cacti of North and South America.

Learn also  How to Save Overwatered Pothos (7 Proven Steps) 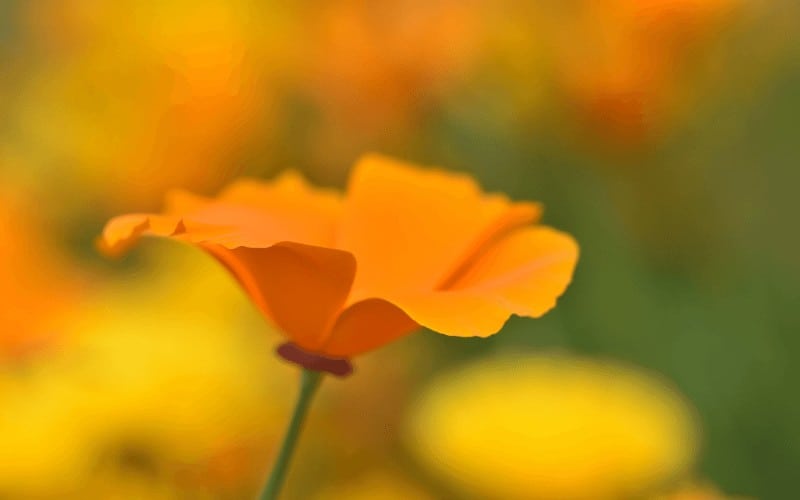 Eschscholzia is a genus of 12 species of annuals and/or perennials belonging to the poppy family, Papaveraceae, which is endemic to Mexico and the United States.

Most Eschscholzia species basal leaves and funnel-shaped flowers of four petals. This plant grows up to 1-inch in height, but some of its species grow even taller. 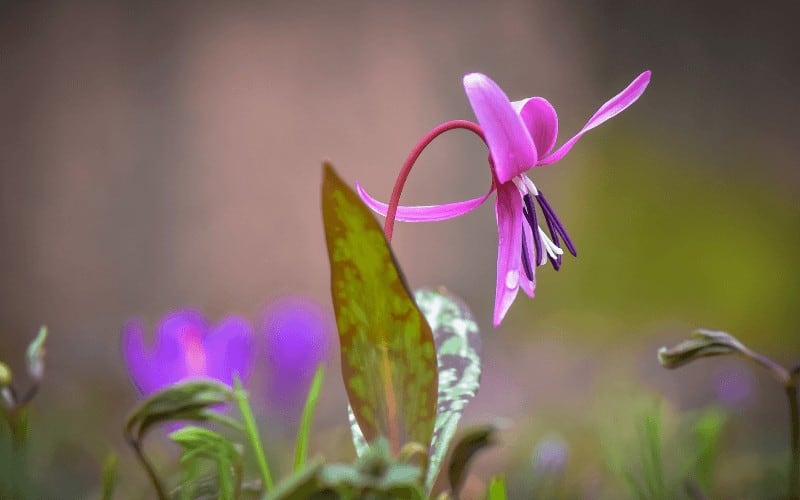 Erythronium, also known as the Fawn Lily, is a genus of 30 species of flowering plants in the family of Liliaceae.

One of the species - Erythronium dens-canis - is native to central and southern Europe, most the highest species diversity is spotted in North America.

This genus has pendent flower species, and a couple of other species diversity. Other common names include dog's-tooth violet and adder's tongue.

Having gone through this list of flowers that start with e, we will love to hear from you. So tell us, which of them is your favorite?

Admittedly, all the flowers listed here are very beautiful and inviting, but I personally love the 9th flower.