Are you looking out for flower names that start with "G?" Well, there are pretty many of them out there, and they are typically beautiful to plant in your garden or use for beautification purposes.

These flowers are native to different regions and continents; however, they can be cultivated in many areas globally.

Here is a comprehensive list of the flowers that start with G. Interestingly, the letter “G” begins the name of some of the most fascinating flowers you will ever see. 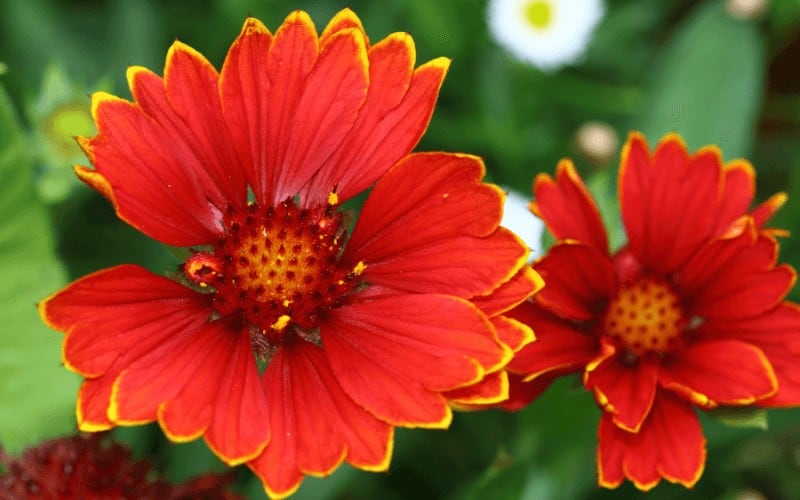 Gaillardia, also known as Blanket Flowers, is a genus in the sunflower family, Asteraceae.

It is endemic to North and South America and was named after an 18th-century French enthusiastic botanist, Maître Gaillard de Charentonneau.

There are about 25 known species of this genus. The plants produce bright-color flowers that bloom for a long time. 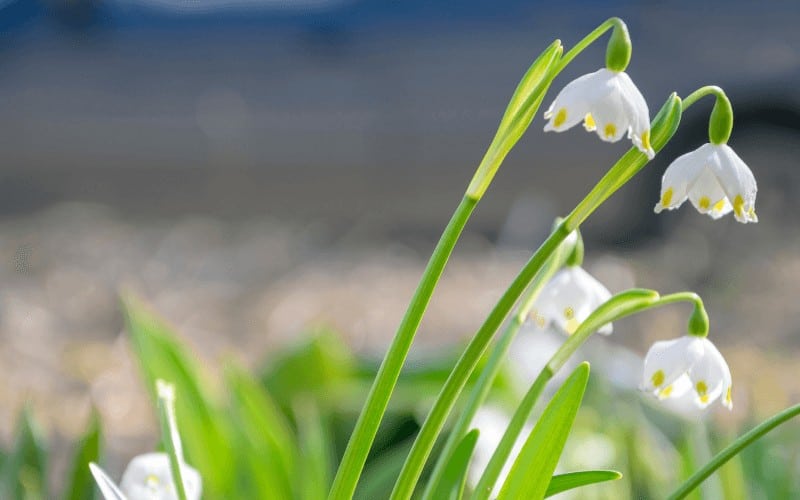 Galanthus, a.k.a Snowdrop, is a genus of 20 species of bulbous flowering plants in the family Amaryllidaceae. It is endemic to the Middle East and Europe.

The species bloom in spring, and they typically produce white-color, bell-shaped flowers that hang down loosely.

This genus’ species are mostly planted in gardens for beautification. 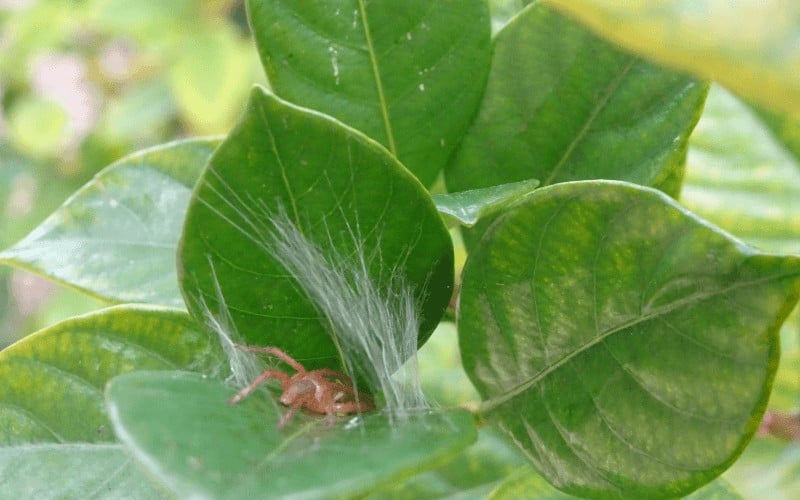 Gardenia is a genus of over 100 species of flowering plants in the coffee family, Rubiaceae, named after a Scottish-born American naturalist, Dr. Alexander Garden.

It is found in the tropical and subtropical regions of Africa, Madagascar, Asia, and the Pacific Islands., and Australia. 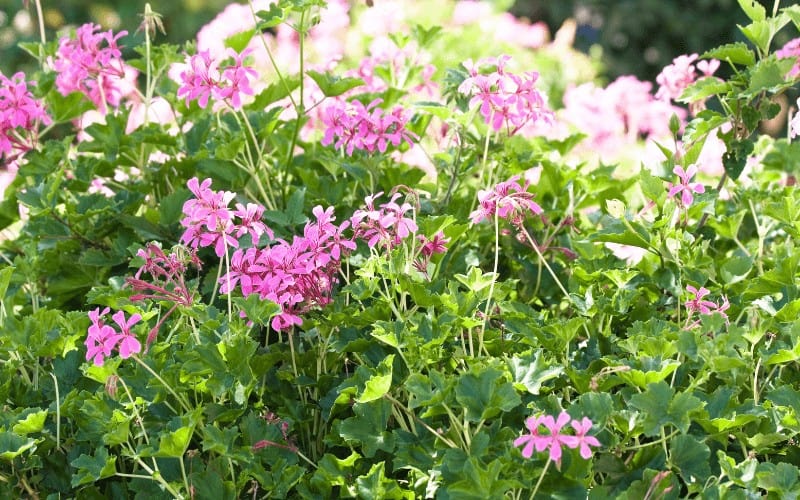 Pelargonium (Scientific name: Pelargonium) is a genus of flowering plants, having about 280 species in the family Geraniaceae.

Common names for this plant's species are geraniums, pelargoniums, and storksbills. The species include perennials, succulents, and shrubs.

Also, the name "Geranium" serves as the botanical/common name of a separate genus of related plants, known as cranesbills. 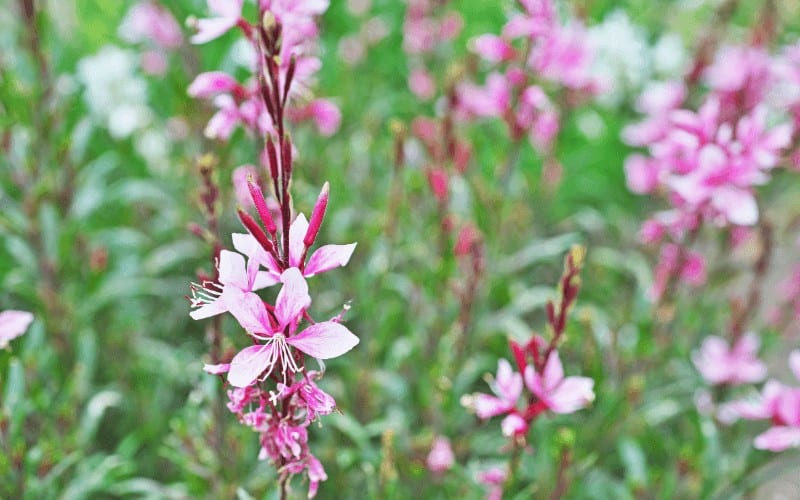 Most species of this plant are called “Beeblossoms.” However, the plant itself, Gaura (Gaura lindheimeri), is a genus of flowering plants in the family Onagraceae.

It comprises drought-tolerant perennials that bloom for a long time, native to North America - but still seen in random regions across the globe. 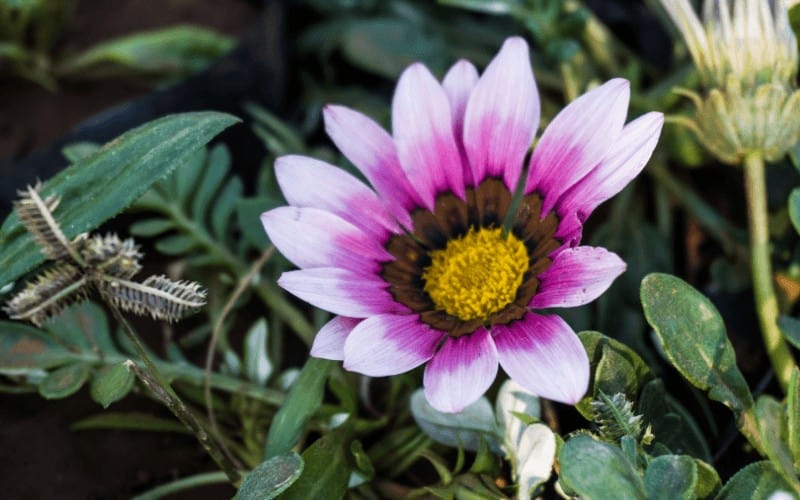 Named after a 15th-century Greek-Italian scholar, Theodorus of Gaza, Gazania (a.k.a. African daisies) is a genus of warm-weather perennial plants, endemic to South Africa. This genus' species are typically planted as annuals.

The species produce colorful daisy-like flowers, uniquely patterned - they are considered annuals in the cooler climates, and short-lived perennials in warmer climates. 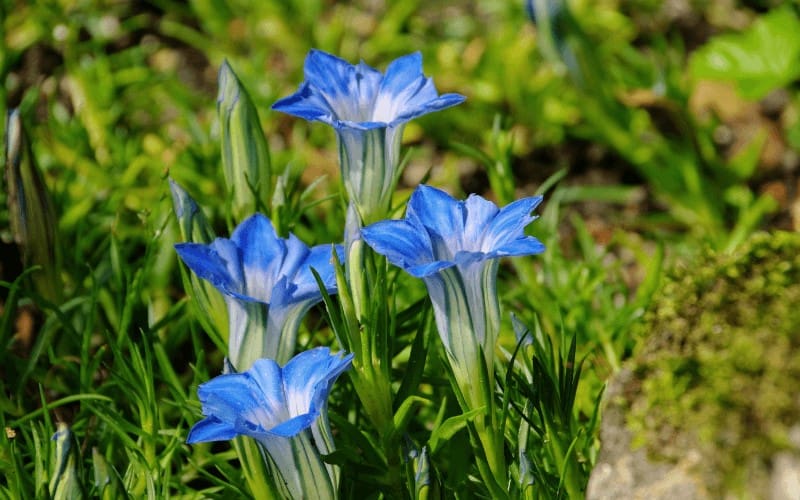 Gentiana is a genus of flowering plants in the family Gentianaceae. It has over 400 species, making it one of the largest genus in the family.

The species are seen in many regions globally, and they are remarkable for producing mostly large, trumpet-shaped flowers, which mostly appear in blue. The plants grow up to 15cm in height. 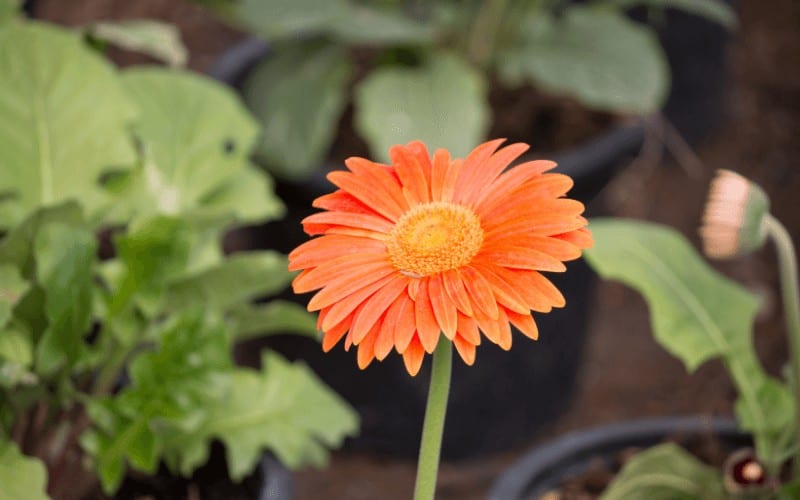 Gerbera L., simply called Gerbera, is a flowering plant in the family Asteraceae, named after a German botanist and medical doctor, Traugott Gerber. 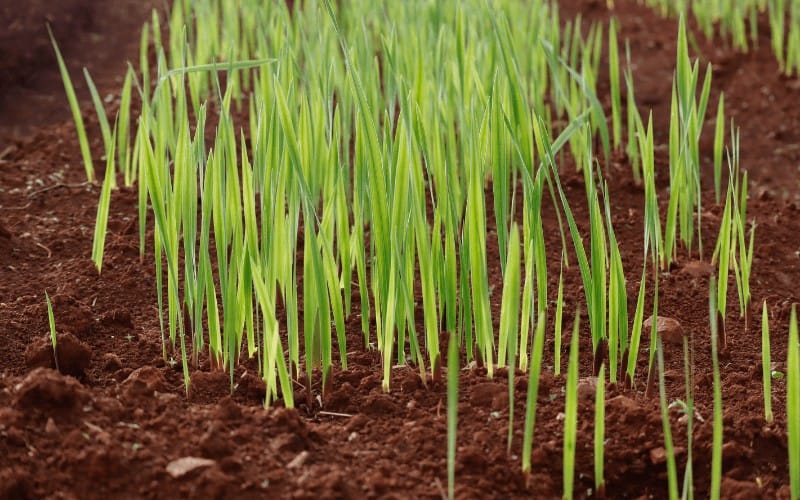 Gladiolus, simply called "Glads" is a genus of perennial cormous plants in the iris family, Iridaceae. This genus is also called the "sword lily" by most people.

It is typically found in South Africa, Asia, tropical Africa, and Mediterranean Europe. The species grow up to 5ft tall and produce flowers of different colors. 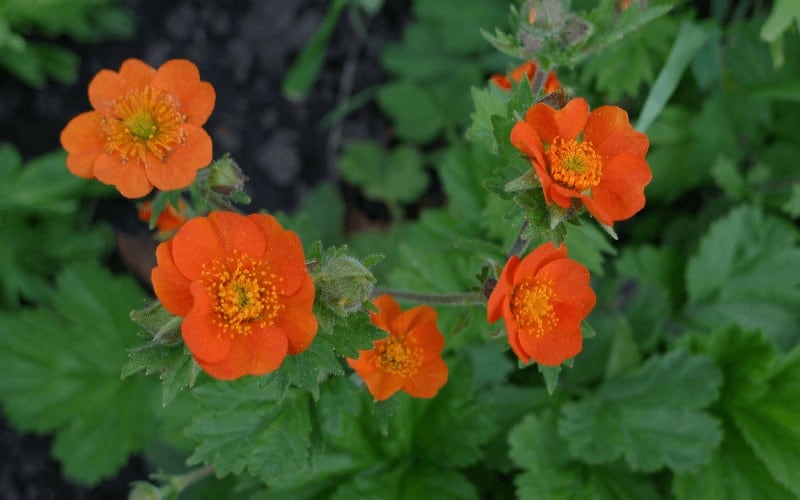 Geum is the scientific name, this genus of flowering plants is referred to as “Avens.” It belongs to the Rose family, Rosaceae, and has about 50 species widespread across Asia, Europe, North and South America, New Zealand, and Africa. 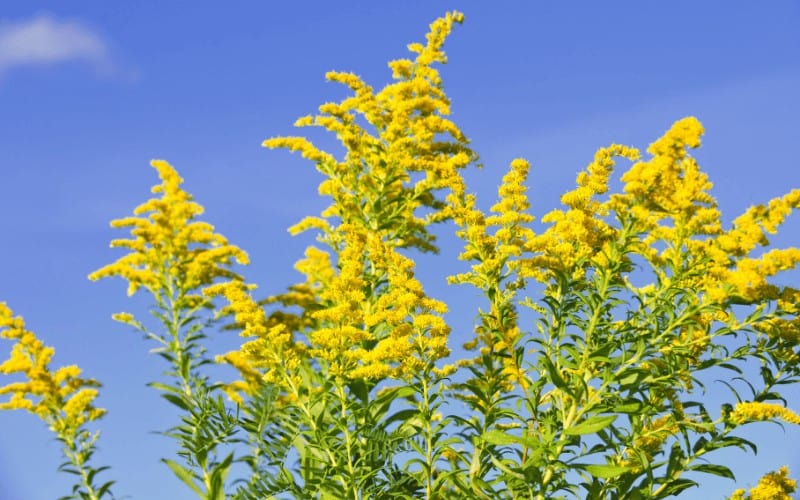 Goldenrod (scientific name: Solidago) is a genus of over 100 species of flowering plant in the Aster family, Asteraceae. Its species mostly serve as traditional herbal supplements.

Other names for this genus include Solidago canadensis or Solidago virgaurea. You will find these perennial species in open areas like meadows, savannas, and prairies. 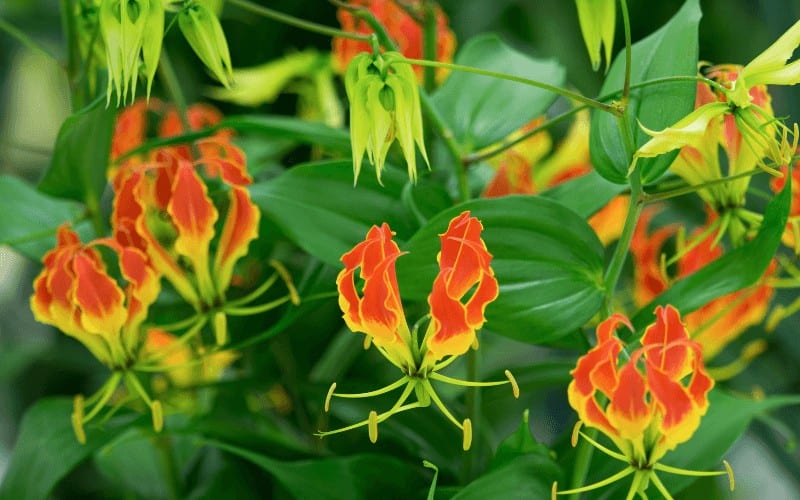 The genus, Gloriosa, has about 12 species of flowering plants in the family Colchicaceae.

It is endemic to tropical Africa and Asia, and its species are classified under perennials; though they are typically treated as half-hardy annuals.

Gloriosa species produce attractive flowers that bloom from late spring to fall. They are widely cultivated. 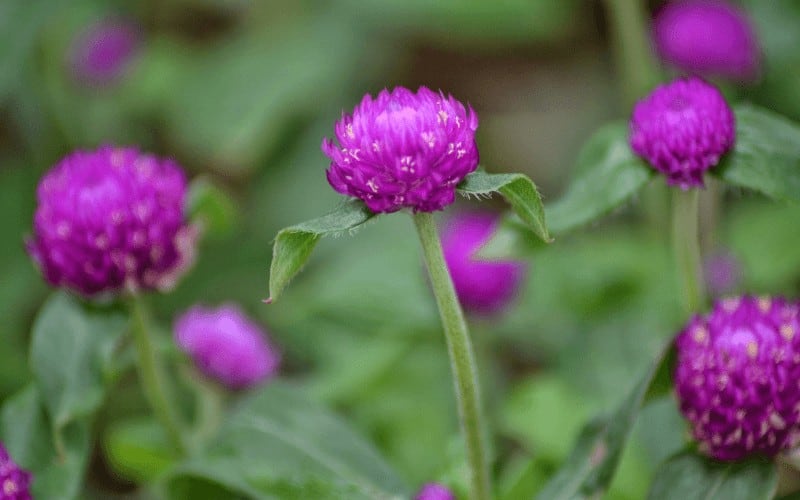 Gomphrena is a genus of plants - with over 100 species - in the family Amaranthaceae. This genus’ plants are widely referred to as globe amaranths.

You will the species across several warm temperate, subtropical regions of the world. The species include perennials and low-growing annuals, often used for medicinal purposes. 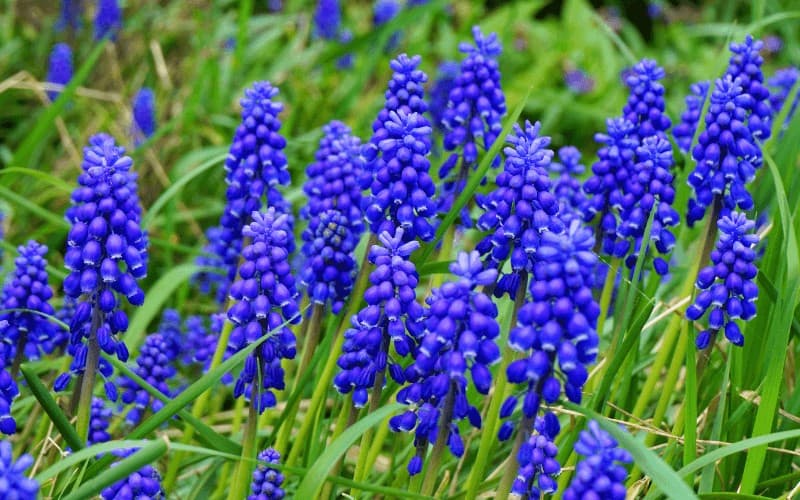 Grape Hyacinth (scientific name: Muscari) is a genus of perennial bulbous plants in the family Asparagaceae. The species grow up to 12-inch tall, and they bloom in April or May.

This genus, Grape Hyacinth, is native to Eurasia, and the species produce spikes of dense, bluish, urn-shaped flowers that look like bunches of grapes. 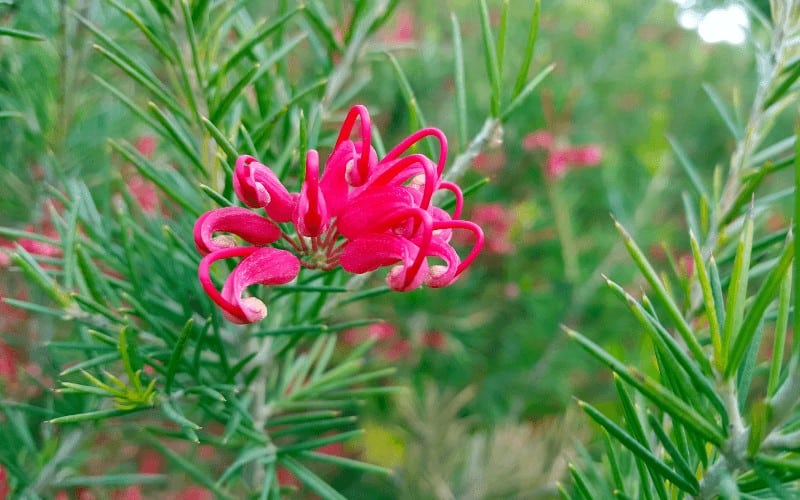 Grevillea is a diverse genus of 350 species of evergreen plants in the Proteaceae family. It is endemic to Australia and valued due to the exotically shaped, vibrant color flowers produced by the plants' species.

The species flowerheads open at varying times and comprise many small flowers of different colors.

This genus is also seen in rainforest zones and open habitats in New Caledonia, New Guinea, Sulawesi, and other Indonesian islands. 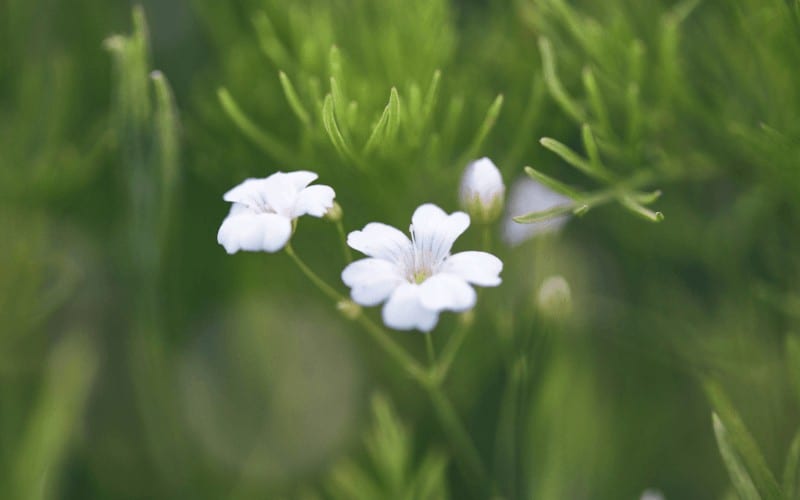 Gypsophila is a genus of 100 species of flowering plants in the family Caryophyllaceae, native to Africa, Eurasia, Australia, and the Pacific Islands.

However, one of the species, Gypsophila taxa, has a high diversity of about 35 endemic species, in Turkey. The species produce bulk tiny flowers, usually white or pink, on tall stems, with lance-shaped leaves.

Learn also  Can You Grow Zucchini In A 5 Gallon Bucket?

There are more flowers that start with G that we couldn’t include here at the moment, these 16 are just part of them. But we will continue to update the list as time goes on.

That said, which of these flowers that begin with the letter G is your favorite? Is there any other one you love that we didn’t mention here? Please, let us know.