Additionally, shrubs provide privacy to home and attract wildlife. However, for these shrubs to maintain their characteristics and serve their due purposes, they require proper maintenance, which includes pruning.

Shrubs that are not regularly pruned become overgrown and distort the balance and aesthetics of your landscape and garden.

To conserve energy and strength, some people resort to pulling the overgrown bushes by their roots using a truck. However, this method might not work in remote areas or in a yard whose lawn shouldn’t be exposed to damage by trucks.

Items You Will Need to Remove Overgrown Bushes

These items help improve the effectiveness of the whole operation and reduce stress and fatigue associated with the difficult task.

Some of the items needed to remove overgrown bushes include the following: 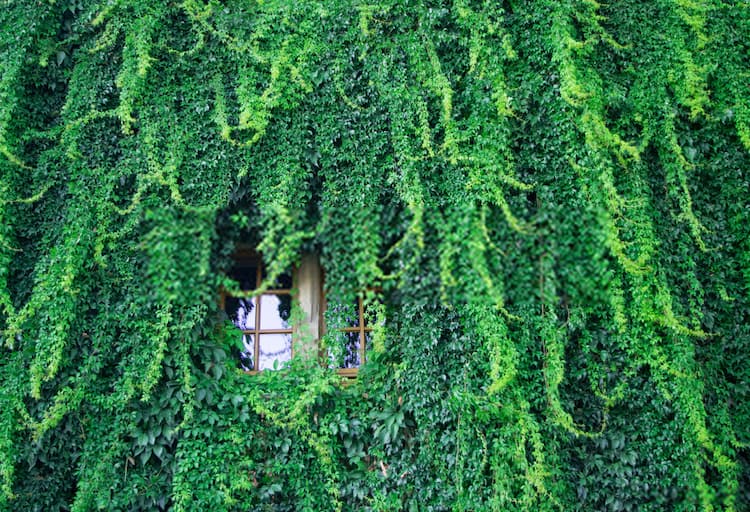 Before you embark on removing overgrown bushes from your yard or landscape, ensure to follow the steps outlined below. They would guide you through a successful and more comfortable process of bush removal.

Learn also  Why is My Succulent Dying? (8 Major Causes + FIXES)

This is the first step involved in carrying out overgrown bushes removal. Before you start removing the bushes, you must first ensure that none of the bushes are protected by a specie.

If there are protected species, you must carefully remove them from the rest and replant them in another desirable space to avoid being uprooted and tossed away! Also, check for birds’ nests. If you find nests in the bushes, do not get rid of the bushes until the hatchlings are gone.

Another vital precaution to take is to check for the precise locations of your utility lines. Also, prepare on how to manage the mess you will make out of this operation. You might consider hiring a chipper to manage mess made out of larger bushes.

Develop a Plan of Order of Removal

Before you embark on getting rid of overgrown bushes, you must have a plan of the order of removal. You must decide what shrub you will remove first before the other so that you don’t make a mess of your yard or landscape.

While cutting the bushes, it is also crucial that you cut the branches of the bush into manageable sizes with pruning shears and a cordless reciprocating saw or branch pruners.

These pieces of bushes are either packed into bags immediately or packed into a visible stump that would be easily spotted and gotten rid of.

Get Rid of Stumps

Stumps sometime try to reconnect with root systems that lie just below the soil. To avoid this, get rid of stumps by digging around the stump to expose it to a great depth and then cut off its side roots.

Learn also  How Close Can You Plant Herbs Together?

For the stump itself, cut out about at least six inches of the stump below the yard surface.

This comes after you are done with the preceding steps. At this stage, you can clear up the stump and roots and let them decompose naturally. So far, you have gotten rid of surface roots that might want to reconnect with the soil, and there would be no problem.

How to Remove Overgrown Bushes 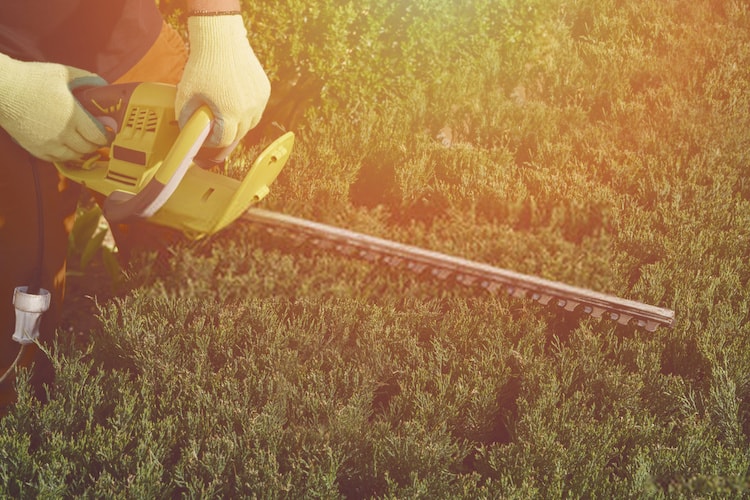 We shall be discussing the two most common methods of removing overgrown bushes. They include:

But before you cut these branches away, you need to measure 20 inches from the soil level and then cut off all branches found above the marked height. However, as a precautionary measure, you should leave at least five branches on the plant.

These five branches are left to serve as anchorage to the chain of a pulling vehicle, in case you’re unable to dig out shrub by hands.

The next step is to dig around the plant until the roots are exposed. Depending on the size and thickness of the root, you can pull it out if possible. But if it is not possible, leave it for later and use a handsaw or a reciprocating saw to cut it.

Learn also  Will Rubber Tree Leaves Grow Back? (If YES, When?)

Continue digging and cutting through roots until you are sure that the roots have been taken care of. Then you can remove the stump and level the soil where the shrub was taken out from.

First of all, measure 20 inches of the plant from the soil and proceed to cut off all branches that are above that point, leaving out about five thick branches. These five branches would provide support for the chain that would be used to remove the overgrown plant.

Using a hoe, loosen the soil around the plant’s trunk. This would relieve pressure and make the shrub easier to remove.

To remove the shrub, wrap one end of a chain around the trunk of the overgrown shrub. Fasten the chain on the trunk and several branches until it feels secure. Then take the other end of the chain and fasten to the back of your truck and tighten the slack slowly.

While your truck is backing the area of the overgrown bushes, you should park the truck on a concrete surface. That would ensure that the truck has excellent traction and would also save your lawn from being ruined.

Before pulling the shrub, use a hose to supply water to the shrub, thereby soaking it and ensuring that it is moistened and easier to pull out.

Slowly drive the truck and pull the overgrown bushes out of the ground. Check for remaining roots in the soil. If any, use an ax to chop them up and pack them away.

Learn also  How Much Sunlight Does A Tomato Plant Need?

Level the soil from where the shrub was taken out.

Read Also: How to Care for Pachysandra Seeds

We hope you would no longer have nightmares whenever you think of how to remove overgrown bushes from your yard or landscape.

Overgrown bushes should not be allowed to stay longer than necessary to be gotten rid of. Depending on the size of the plant that has formed the bush, either of these methods suggested above should help you remove them and maintain the scenery you want for your home.